Locarno Film Festival Review: How Joaquim Pinto's 'What Now? Remind Me' Turns a Three Hour Portrait of Living With AIDS Into Cinematic Art 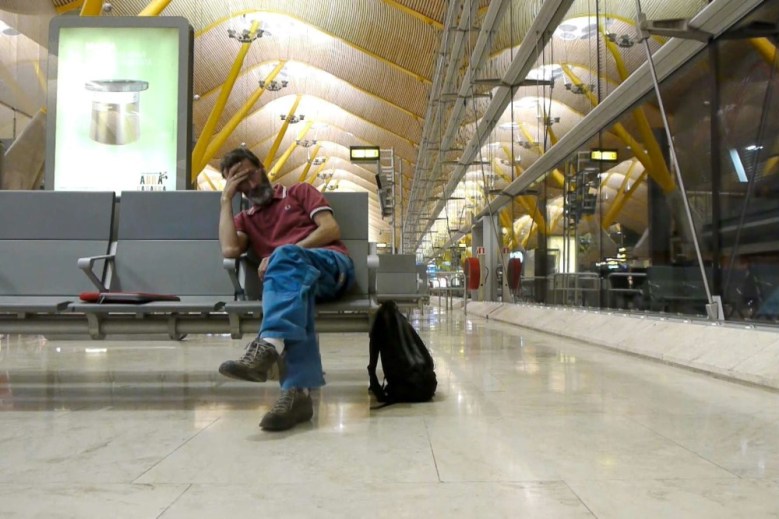 The first image of “What Now? Remind Me,” Portuguese film industry veteran Joaquim Pinto’s 164-minute portrait of his one-year experience taking experimental medication for AIDS and Hepatitis-C, sets the tone perfectly: In a lush extreme close-up, a grey slug oozes across the screen, its pores magnified to expressive degrees. In a voiceover that remains continuous for the remainder of the movie, Pinto introduces himself and observes that his world has moved past him. Coupled with the telling visual aid, Pinto effectively conveys the slow, thoughtful pace that maintains solemn and graceful qualities throughout.

Even as the movie covers a specific period of his life, it drifts from moments of abstract observations and reminiscences with the ease of a Chris Marker diary film, the closest precedent for Pinto’s self-reflexive approach. Though he has directed a handful of features, Pinto’s worked for years as a sound engineer for luminaries of the Portuguese film industry like Raul Ruiz and Manoel Oliveira; the background shows in this expertly realized immersion into Pinto’s troubled psyche, a world equally haunting and lyrical.

Early on, Pinto explains that he was diagnosed with AIDS in the late nineties and recently began trying out unapproved drugs after years of more traditional approaches. But the document of his experience avoids too many details about the medical challenges he faces. Instead, within minutes of the initial shot, a dazed Pinto is lying in bed attempting to describe the symptoms of his latest unauthenticated medication. For the most part, however, “What Now? Remind Me” wanders through his head space with the delicate confusion suggested in the title.

From small asides involving his treatment, Pinto drifts into recollections of his early life: his intellectual awakening to the power of cinema in the early seventies, noticing the first hints of the AIDS crisis by watching Ronald Reagan discuss the disease on television, watching his friends succumb to the disease, and continuing on his career path as he settles into a long-term relationship with his partner, Nuno. Though the narrative technically begins in November 2011, it’s actually all over the place.

There’s a delicate, handmade quality to Pinto’s collage-like style, with its reliance on plentiful archival materials from his early days and handsomely filmed snippets of his contemporary existence. While covering a lot of ground, Pinto nevertheless bathes the material in ambiguity: Early on, he mentions Nuno’s disinterest in participating in the filmed record of Pinto’s medical experience, but both men frequently appear on camera; Pinto regards actual outcome of the treatment mainly as an afterthought. Still, “What Now? Remind Me” never feels redundant simply because Pinto provides so much to take in. Spending long stretches of time with Nuno at their glorious countryside home, he captures intimate details all around him, from a tender (and unapologetically graphic) sex scene to shots of the deep green meadows around them.

Meanwhile, the couple’s amusing quartet of dogs provide the story with its silent Greek chorus, their innocence balancing off the heavier issues at hand. At one point, Pinto shows himself locking eyes with one of the canines as it has fallen ill, and seems to admire the animal’s capacity for perseverance in light of his own struggles. The director continually deepens the focus of his project. Even as he peppers the proceedings with snippets of news reports on the limitations of the drug industry, he foregrounds his psychological hardships. “What Now? Remind Me” sketches out the tragedy of living a full life and being aware of it slipping away. “I forget the notes I have written not to forget,” he says at one point. But his most brutal lament arrives when he fears the he might “lose the notion I exist.” That’s an especially painful admission in a movie so alive with the identity of its subject.

HOW WILL IT PLAY? A world premiere at the Locarno Film Festival, “What Now? Remind Me” is bound collect critical acclaim on the festival circuit and may surface at the likes of the Toronto and New York film festivals. Its best bet is a distribution deal with a very small company able to reach the cinephile audience that will embrace it.

This Article is related to: Reviews and tagged AIDS, Documentary, Locarno International Film Festival, Reviews, What Now? Remind Me