Locarno Film Festival Review: Is 'Wetlands' the Most Disgusting Coming of Age Movie Of All Time? 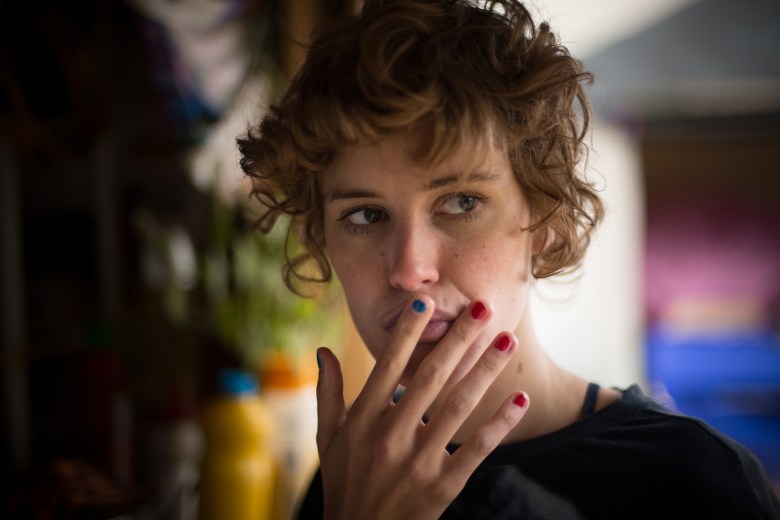 Though fans of the first-person book may find plenty of ways to nitpick, when viewed on its own terms, Wnendt has made a sharply executed coming of age story that’s actually enlivened by its grotesqueries. At its core, ebullient fetishist Helen (Juri) leads a happily promiscuous existence while still coping with the divorce of her parents, but her stable routine gets shaken up during a nasty shaving accident that leads to the aforementioned injury. While in the hospital, with the wound still painful healing in her rear, she makes advances on a mild mannered nurse named Robin (Christoph Letkowski), while Wnendt routinely fleshes out her background with a series of flashbacks primarily involving her eccentric dalliances.

These are largely absurd and unflaggingly gross encounters, but “Wetlands” also plays it straight enough – without growing nearly as dark or solipsistic as the source material – to make it more than “The Human Centipede” with heart. Instead, Wnendt manages to elevate the clichéd plight of a teen coming to terms with childhood hang-ups by taking a radical approach to its visceral dimensions. Though it includes some of the most disgusting ingredients ever seen in such a context,  Wnendt normalizes them, at least to the extent that never turn the movie into a ribald cartoon – except when Helen, who narrates in the movie with a constant smarmy voiceover, allows that to happen: Discussing her lifelong problems with hemorrhoids, she explains her ability to transcend the problem by disregarding hygiene altogether, while a POV shot of cream on her finger travels down her backside. In the same breath, she describes her devotion to rubbing her private parts on toilet bowls as a bid to attract male suitors with dubious methods of scent control (“the consistency of the pussy mucus plays a key role”). In short order, she’s seen giving a handjob to a random hook-up and eagerly heading home with an unwashed, semen-encrusted hand. The filmmaker’s fragmented approach to each gag benefits from a bright, colorful palette that imbues each scene with an ironic pop sensibility, like a middle finger to the very genre it effectively inhabits.

Helen’s ensuing injury might come across as comeuppance for her continually icky behavior, but instead it provides a focused situation for exploring its origins. Having established a foundation of vulgarity that makes “The To Do List” look like a G-rated Disney movie, “Wetlands” settles into the real plot. Once in the hospital, she repeatedly attempts to hide the wound’s progress in a series of cringe-worthy moments so she can remain under close watch by her latest crush. Her crude repartee with a baffled doctor (Edgar Selge) provides some additional wit, but eventually Wnendt moves away from the room to explore Helen’s troubled past. As she witnesses her parents’ divorce and gradually increases her excitement over sexual experimentation, “Wetlands” maintains a tenderness to its flashbacks that feels utterly genuine.

But even then, Juri’s energetic performance – coupled with an equally jumpy soundtrack that includes Canned Heat and Peaches – manages to root the endeavor in fairly credible pathos, particularly with relation to her desire to see her parents reunite.  If we’re stuck with coming-of-age stories as a genre that storytellers must engage time and again, at least in the case of “Wetlands” the usual formula gets a much-needed jolt, while capably recognizing the aspects of the material that work on autopilot. The shock value only goes so far as a gimmick. “Wetlands” succeeds because, like Helen, it manages to sincerely embrace its taboos.

HOW WILL IT PLAY? Having premiered at the Locarno Film Festival, “Wetlands” may have a rough time making its way overseas, given the lack of awareness for the material in the U.S., its explicit content and its absence from the program of the upcoming Toronto International Film Festival. But a midnight label could potentially direct the film toward solid returns on VOD.