On 'Breaking Bad,' Walt Proves He May Not Always Be a Great Liar, But He's a Dedicated One 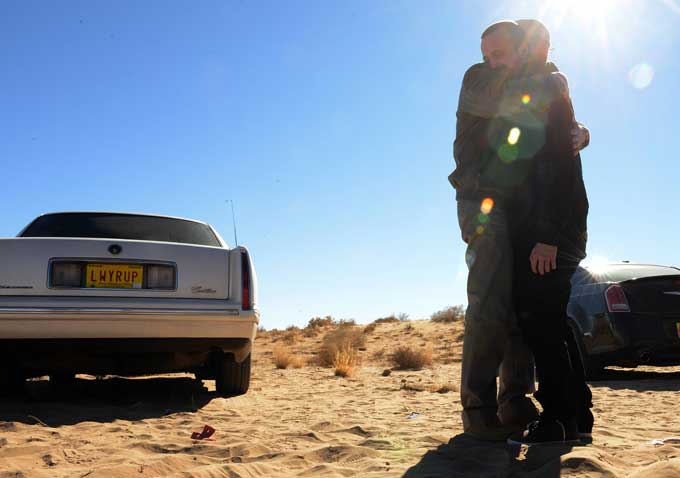 The article below contains spoilers for “Confessions,” the August 25th, 2013 episode of “Breaking Bad.”

Broken and despairing, Jesse (Aaron Paul) has been drifting toward death in these past few episodes of “Breaking Bad,” letting himself lean into various types of destruction as if wanting to see what will take. He’s tried to give all his drug earnings away, first to Kaylee Ehrmantraut and the parents of the kid killed during the train heist, then to a street of strangers like some demented millionaire paperboy, an approach that attracted far more attention and got him picked up by the police. He’s told Walt (Bryan Cranston), first indirectly and then to his face, that he knows he killed Mike.

And in last night’s episode “Confessions,” written by Gennifer Hutchison and directed by the show’s lead cinematographer Michael Slovis, he went to meet Walt in the desert, serenely aware it could end in his being buried out there, then off to meet with the guy Saul (Bob Odenkirk) uses when people want to disappear, despite the possibility that that disappearance might be a more permanent one than some new life in Alaska. (As unexpected a choice for an escape the northern state is for Jesse, he may be on to something in wanting to head in the opposite direction from Belize.)

But Jesse didn’t die or slink off into the northwest for a fresh start in Anchorage. Instead, Saul’s precautionary order to Huell (Lavell Crawford) to lift Jesse’s pot lest it anger the man meant to extract him made Jesse realize that the same thing had happened to the ricin cigarette Walt had given him to use on Gus back in season four. His (correct) conclusion that it was Walt who poisoned and almost killed Brock took a few leaps of logic — but not big ones, not anymore. Jesse no longer has any illusions about Walt as a friend, father figure or man who wouldn’t murder him as soon as he proved a threat, which is why his behavior in this final arc has seemed like he’s been looking to commit suicide-by-Walt, to just let his former chemistry teacher end him and in doing so, show his true colors. 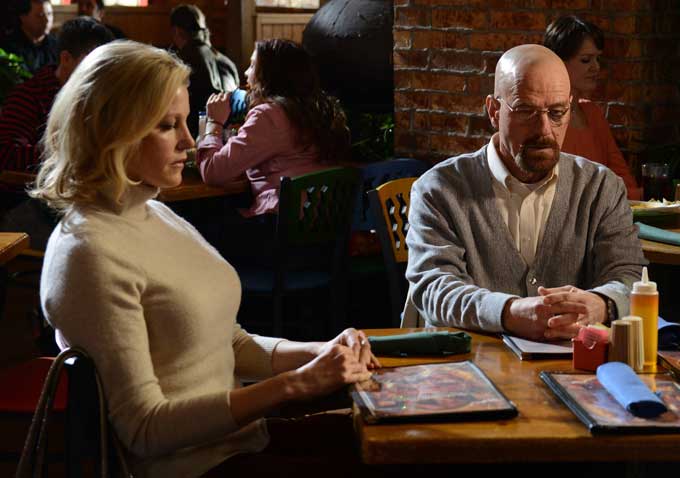 Walt is a great character who has many horrendous qualities, the most maddening and enduring of which may be his insistence on sticking with a manipulative lie to the very end — the episode’s called “Confessions,” though he does anything but offer one throughout. He’s had a lot of practice in lying to himself, after all. He’s not always a great deceiver — his tendencies toward looking down on others get in his way — but he’s a fiercely persistent one. His listeners may be utterly certain he’s full of crap, but he’ll not only not break, he seems able to briefly convince himself he’s telling the truth, even to get outraged on his own behalf when accused of being a meth manufacturer or a murderer.

The scene in which he tried to convince Jesse that leaving town would only be for his own benefit — “If I could, I’d trade places” — was so devastating because even when the younger man begged him to give up the facade of affection and talk to him like the ruthless criminal he is, Walt wouldn’t.

“Just tell me you don’t give a shit about me and it’s either this — it’s either this or you’ll kill me the same way you killed Mike,” he pleaded, but instead of straight talk, instead of being given the dignity of a glimpse at the real Walter White, he got that terrible one-sided hug, that parody of parental care. The most frightening thing about the embrace was that Walt surely meant it at the moment, that despite lying to and using Jesse all this time, at that second he’d probably believed himself to be the kid’s mentor. And it took the understanding that Walt almost brought about the death of his ex’s son for Jesse to break free from his larger hold and to finally snap, and though he’d probably hurt his former partner a lot more by going to the cops, he instead goes right to the White house with a tank of gasoline, looking like he could ignite the place with his rage alone. 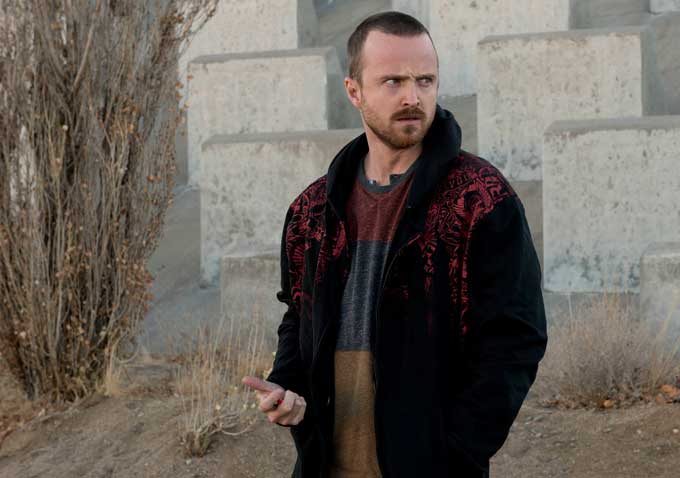 The running-red-hot Jesse is poised to meet a Walt who’s retrieved a frozen gun out of the soda machine, and odds are he’s not going to come out on top should they have a well-deserved showdown. Walt’s facility with cool calculation — it was a nice touch to show him rushing up to the door of the car wash, pausing to gather himself, then coming in and greeting Skyler (Anna Gunn) as if all is well — serves him better than his impulses. It’s what allowed him to put Hank (Dean Norris) in check with that brilliant confession video, a dark echo of the one he recorded in the pilot when he was certain he was going to get caught, out in the desert in his underwear standing next to the RV.

“To all law enforcement entities, this is not an admission of guilt. I am speaking to my family now,” he said in that recording, before making some heartfelt statements to his wife and child. He was desperate then, desperate and sincere — a Walt we haven’t seen for a long time. It’s a satisfying, brutal parallel, this more recent, masterfully conniving false confession in which Walt spins out his tale, but warps it so that he’s the victim of Hank, not the mastermind. Hank didn’t know how right he was when he said he didn’t know the Walt who confronted him in his garage, and the episode featured some wonderfully stunned looks from Norris and Betsy Brandt as they got a direct look at some of what Walt’s capable of, and as Hank figured out that, thanks to the hospital bills that were a result of his brother-in-law’s actions, he might well be trapped. 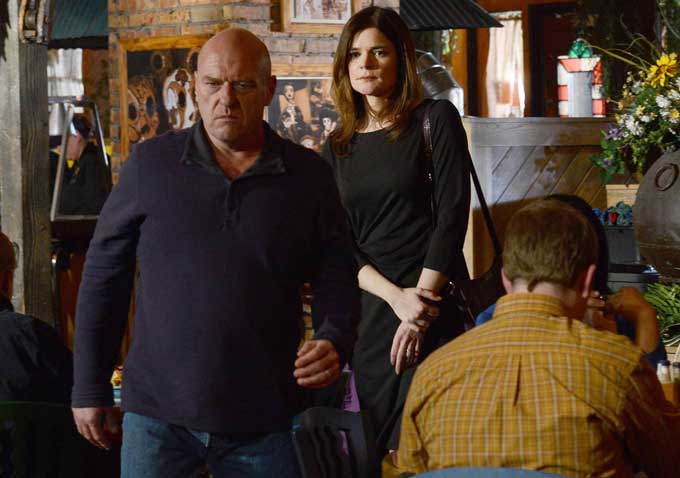 “Confessions” was a series of longer and mostly confrontational conversations — Jesse and Hank in the police station, Walt telling Walt Jr. (RJ Mitte) about his cancer coming back in order to keep him from going to the Schraders’ for dinner, the white-knuckled dinner at the Mexican restaurant with its ill-timed tableside guacamole, the video, the desert meeting.

“Step up, be a man and admit what you’re done — that’s it, there is no other option!” Hank tells Walt, but Walt bullshits to everyone in this episode, even his wife, who seems to have signed on to be his traumatized sidekick in this end game, and has no idea that her husband has been keeping a nice, frosty handgun at work for emergencies. Walt seems determined to deny to the end, even as he doles out threats and attempts to fix the problems that are popping up faster than he can deal with them.

The only cheery exchange had was the one in the beginning, in which Todd (Jesse Plemons) enthusiastically recounted the tale of the train job to his uncle and a friend as they snacked at a diner on their way back from slaughtering Declan and his gang. In his euphemistic description of what happened to Walt on the phone, Todd may be Heisenberg’s truest protege.