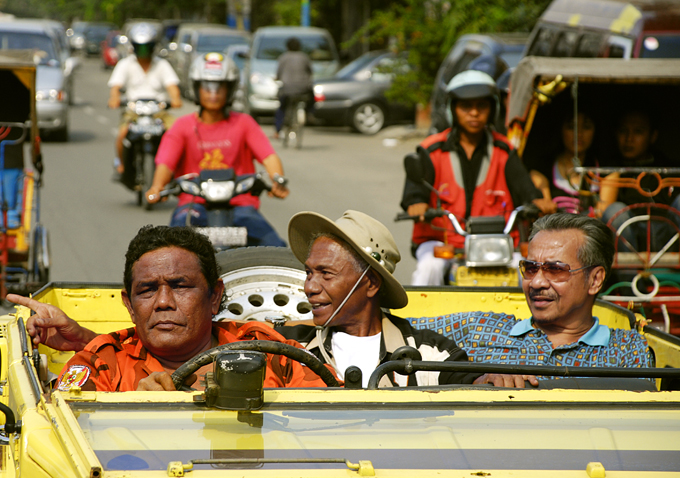 Joshua Oppenheimer’s harrowing documentary “The Act of Killing” which sheds a troubling light on the Indonesian genocide of 1965-66, where an estimated 1 million people lost their lives, will be made available for all of Indonesia to watch, Drafthouse Films announced today.

The film found the best opening per-theater-average of any documentary in 2013 so far when it opened July in New York. Beginning on September 30th — the anniversary of the start of the genocide — “The Act of Killing” will be available as a free digital download in Indonesia via the film’s website, thanks to the joint efforts of Drafthouse, VICE, digital platform VHX, Danish film production company Final Cut for Real ApS and the filmmakers.

Per Drafthouse, human rights activists and local taste-makers in Indonesia have organized over five hundred underground screenings of the film in 95 cities.

“The history of the 1965 genocide belongs to the people of Indonesia,” said Oppenheimer, “and for that reason it has always been our intention to give the film to all Indonesians. ‘The Act of Killing’ was made in collaboration with over 60 anonymous Indonesian crew members. We worked together for seven years to open a space in which all Indonesians can finally discuss, without fear, how their nation’s traumatic past underpins a regime of corruption and impunity. We hope this film will help the struggle for truth, reconciliation, and justice.”

“The most important audience for ‘The Act of Killing’ is the Indonesian audience,” added Producer Signe Byrge Sørensen. “Together with our anonymous Indonesian partners, we have already reached many Indonesian viewers, and a vital national debate has begun. Making the film available to all Indonesians with internet access will dramatically broaden this debate, and in this way benefit the ongoing struggle for truth, reconciliation and justice in Indonesia.”

This Article is related to: News and tagged Documentary, Drafthouse Films, The Act of Killing, VICE Media