5 Tips for Filmmakers on How to Navigate the Film Festival World: An IFP Film Week Report 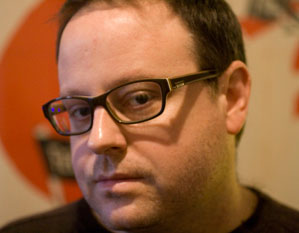 Hall, who, along with IFP and festivals from around the world, is developing a set of Best Practices for Film Festivals with the goal of greater transparency.

“One of the things we’re pushing for as a group is to come up with a set of standards and practices where you know
exactly what you’re getting – we can do a much better job as an industry
telling you how we operate and what happens with your screening fees,” said Hall, who assured the filmmakers that “we’re not
counting on screening fees to keep our festivals afloat, but we’re trying to
pay for the actual process of watching 1000 movies in 4 months.”

Hall doled out these 5 tips for to filmmakers on how to navigate the film festival world:

If you are programmed in a film festival,
think of it as a starting line, not an ending line. We want to be told what
you’re working on next, who you like, what you need….If we can help you, we
will. Festivals want to invest in long-term relationships with filmmakers.

We talk to each other at film festivals, so if you’re
waiting to hear from another festival, be transparent about what you’re doing.
Just be straightforward. It’s a help to everyone.

Don’t be afraid to talk to festival programmers. Constantly
reach out. But don’t be annoying. Don’t tell me what you had for breakfast. There’s
a line.

I would encourage you to put a physical plan together of
where you see your movie going and then aggressively pursue that relationship
with all of those festivals.

If a festival says they’re still looking at your movie, then that’s what it means. When the rejection comes, you’ll know. Up until that point,
generally, things are in play.