Check Out 'The Empire Project:' An Interactive Documentary Making Its World Premiere at the NYFF Convergence 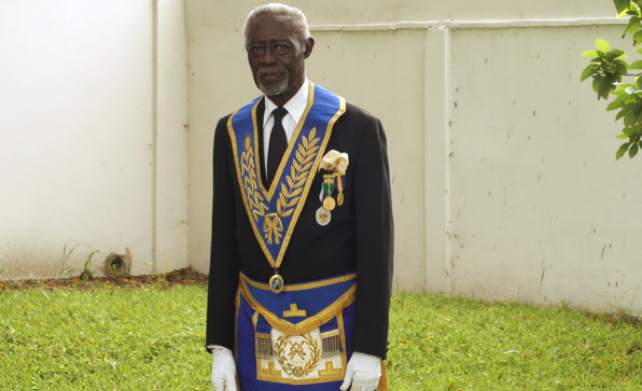 We talk a lot these days about interactivity and transmedia storytelling, but, for the most part, those terms have become overused buzzwords. It’s rare to find a project that truly warrants their usage. But “Empire,” the new project from the transatlantic filmmaking team of Eline Jongsma and Kel O’Neill, is a perfect example of true interactivity and transmedia storytelling. The beautiful interactive documentary, which explores the legacy of Dutch colonialism around the world, will literally take the audience on a trip — throughout the New York Film Festival at several venues to visit installations and watch a series of short interactive videos. “Empire” makes it world premiere at the NYFF Convergence on Saturday.

The idea is for viewers to chart their own course through the installation. Videos will be looped “so you can watch them and then walk away and then come back. You have a path that you make yourself. It’s
not like a one and a half hour movie that you go see in a theater,” Jongsma told Indiewire.

Jongsma and O’Neill shot “Empire” in ten countries over four years using
a broad range of storytelling techniques, including documentary
filmmaking, multi-channel video production, and experience design. The
videos feature idiosyncratic enclaves throughout the world — a hidden
synagogue in the mountains of Indonesia, a Dutch-style village in a Sri
Lankan rainforest, a white separatist enclave in the South African
desert, and other microcosms related to the legacy of Dutch colonialism.

In the case of one of the short films, “Periphery,” different portions of it will be showing in the bathrooms at the Elinor Bunim Munroe Film Center. “If you’re male, you’re going to see one part and if you’re female, you’re going to be seeing a different part of it,” said O’Neill. As Jongsma pointed out, “One side is America and one side is Australia. In order to understand both, you will have to talk to the opposite sex and ask them how the other’s viewing experience was and what they saw.” According to the press materials, “Periphery” prompts the question: “Who is the native and who is the invader?”

The three-channel video “Empire: Migrants” focuses on the contemporary impact of the transatlantic slave trade in Ghana, Brazil and Suriname with different narrators in each country, but overlapping visual motifs and themes. “Cradle” involves two separate films shot at Amsterdam’s Schipol Airport — one representing “life” and the other “death” and the viewer is left to choose which one to watch — or to jump back and forth between the two.

Jongsma comes from an art background and O’Neill comes from the performance world. Together, the two do documentary reporting for European television. With “Empire,” they saw an opportunity to meld all of their interests. “‘Empire’ is really a moment where we thought we were going to do what we want to do and explore what we think is important in terms of how you can play with narrative and how you can play with perception,” said Jongsma.

While it’s fair to define “The Empire Project” as “transmedia,” O’Neill said that the term can be limiting. “People are dissatisfied with prescribed narrative form and both creators and audiences want to tell and consume stories,” said O’Neill. In the case of “Empire,” no two viewers (or participants, as the case may be) will have the same experience. “We have this vision that we can allow people to explore,” he explained. “There are really strong spatial components to this work — you go from space to space, from country to country and you assemble something in your head. Your job is to go out there and assemble the pieces and pick something out of it that is our own perspective. It’s almost a collaborative process,” he said.

The thoughtful project allows the audience to create its own thematic connections, and, along the way, help to redefine the tired notion of interactivity.