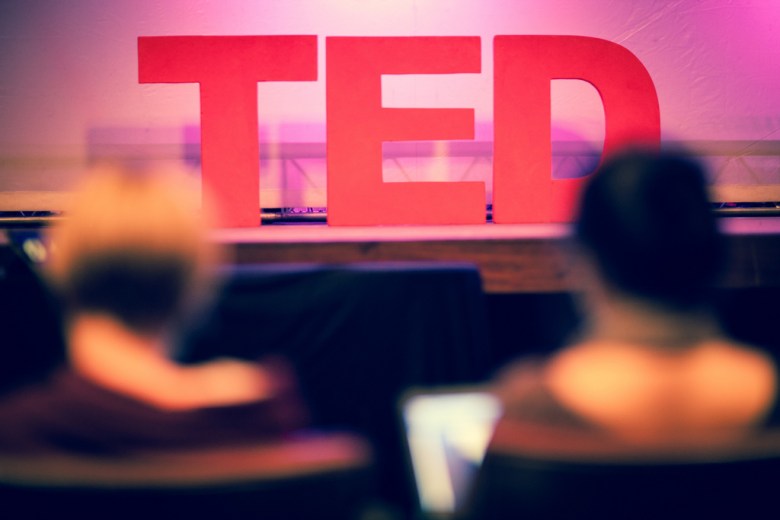 TED talks take leaders in academic and business fields and lets them talk about how they’re approaching their fields in cutting edge ways.  The talks collected bellow, from filmmakers and people thinking about storytelling and creativity, do just that as they discuss the nature of the creative process and what can cause inspired solutions to practical problems.  From a dissection of how film’s tell stories to helping art flourish in the face of what looks like constraints, we’ve developed a list of four TED talks that we recognize for all filmmakers.  Take a look at the four we’ve chosen below and let us know what you think!

Film and TV producer, screenwriter, and director J.J. Abrams goes back
to his childhood and passionately traces his love of stories back to a
magic shop Mystery Box. Abrams analyzes famous films throughout his talk and gets at the
underlying emotions of what makes these stories worth remembering and
what makes them apart of the Mystery Box.

“Mystery is the catalyst for imagination. That’s not the most ground breaking idea but when I started to think that maybe there are times that mystery is more important than knowledge, I started getting interested in this.”

The writer of Pixar classics “Toy Story,” “Wall-E,” and “Finding Nemo;” Andrew Stanton has a near perfect grasp of what a story is and discusses the true capabilities of the audience.

“Story telling is joke telling. It’s knowing your punchline. You’re ending. Knowing everything your saying from the first sentence to the last is leading to a singular goal and ideally, confirming some truth that deepens our understanding of who we are as human beings.”

Martin Villeneuve: How I Made an Impossible Film

Canadian based director Martin Villeneuve recounts how he not only overcame the financial and logistical constraints that impede most filmmakers but also discusses how those constraints enhanced his creative thought by forcing him to think outside of the box.

“It seemed that every department had nothing so they had to rely on our creativity and turn every problem into an opportunity and that brings me to the point of my talk actually. How big creative concerns can boost creativity.”

David Kelley: How to Build Your Creative Confidence

American philosopher and author David Kelly explores the relationship between creativity and the confidence that is needed to create.

“We can take people who had the fear that they were not creative and take them through a series of steps kind of like a series of small sucesses and they turned fear into familiarity and they surprised themselves.”