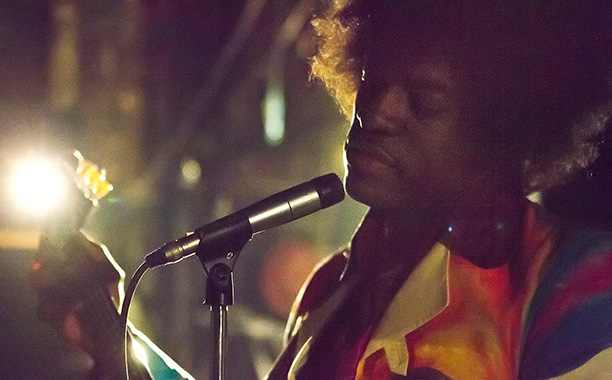 The TIFF Review Report rounds up some of the festival’s notable premieres, along with a sampling of their reviews and tweets from Ontario’s capital. Here are some of the highlights from Wednesday’s critical chatter.

“All is By My Side“
Category: Special Presentations
Director: John Ridley
Starring: Andre Benjamin, Imogen Poots, Hayley Atwell, Ruth Negga, Adrian Lester
Synopsis: “In 1966, James Hendrix — stage name Jimmy James — is still an unknown backup guitarist playing in New York’s Cheetah club. Hip, stylish Linda Keith (Imogen Poots) happens to catch a set he’s playing and is mesmerized by his talent. She also happens to be girlfriend to the Rolling Stones’ Keith Richards. Encouraging his talent, even buying him a new guitar, Linda brings Jimmy into her circle and, after failed attempts to get him signed, introduces him to Chas Chandler, bassist for The Animals and his future manager.”

Zeba Blay, Shadow and Act
“Rather than telling a story, any story about Hendrix, what’s happening here is maybe an attempt at capturing the spirit of Hendrix. It doesn’t work. When it ends, rather abruptly, we’re left with only the vaguest sense of what, exactly, is trying to be conveyed. What’s left is a good performance by Benjamin, some interesting set pieces, and the general feeling that something, still, is missing.“

Henry Barnes, The Guardian
“All Is By My Side is long and unwieldy…But you leave it thinking that the essence of the man – exposed through the people around him – has been brought to the fore. Hendrix was never easy to pigeonhole. All Is By My Side has him, if not in sound, then in spirit.“

Tim Grierson, Screen Daily
“This sense that Hendrix was always a bit unknowable works especially well when the movie moves into darker territory, particularly when it comes to Hendrix’s occasional violence toward his girlfriend. While the film works in an instinctive vein, trying to upend biopic conventions in the process, it doesn’t do so well in its portrayal of the women in Hendrix’s life.“

Jared Mobarak, The Film Stage
“Benjamin embodies the guitarist’s peace loving mantra, his calm transformation from pacifist to aggressor to remorseful lamb rendering him unpredictably frightening while still the good-natured soul experiencing life’s beauty with a smile. When he’s playing the guitar on stage it’s as though we’re watching Hendrix himself.“

Ryland Aldrich, Twitch
“Jimi biopic ALL IS BY MY SIDE is audaciously stylish. Mature filmmaking from real talent John Ridley. Andre3000 is a perfect Hendrix.”

Fred Topel, Crave Online
“Interesting approach to ALL IS BY MY SIDE. Cuts off scenes, focuses away from business. Not your typical biopic.”

Mark Pfeiffer, Now Playing
“JIMI: ALL IS BY MY SIDE (D+/37): Hendrix in London. Plays like the boring parts of a biopic, no matter if this info’s less explored.”

Scott Foundas, Variety
“Another happy #TIFF13 surprise: John Ridley’s smart, understated Hendrix bio ALL IS BY MY SIDE, with a galvanizing star turn from Andre 3K.“ 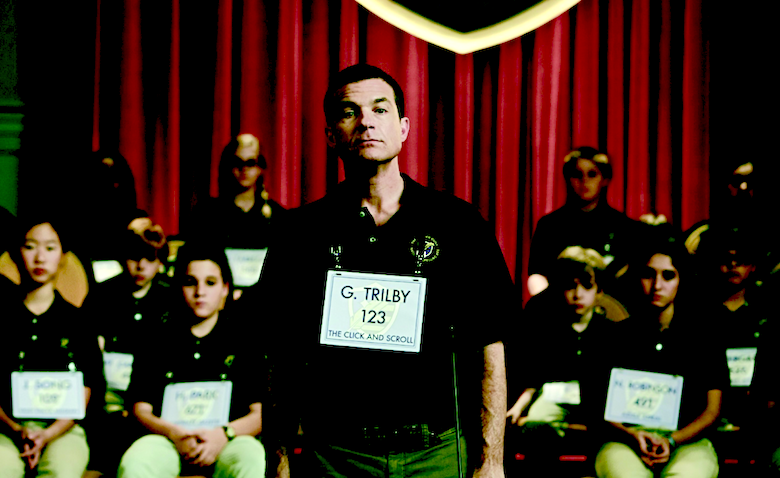 Kevin Jagernauth, The Playlist
“For his first time behind the camera, Bateman keeps his ambitions low…and shows that he could put together 90 minutes of a story tightly and cohesively. It’s just too bad it had to be this material. For an R-rated movie, ‘Bad Words’ takes its edginess for granted, which dooms the movie to being perceived as not trying hard enough.”

John DeFore, The Hollywood Reporter
“Choosing it for his debut as director, Bateman demonstrates the same knack for timing and fine shadings of attitude as he does onscreen.”

Gregory Ellwood, Hitfix
“Even if it only turns out to be a modest success, it certainly foreshadows that Hollywood will soon be asking Bateman to spend a good deal more of his time in the director’s chair.”

Justin Chang, Variety
“Redemption through friendship and psychoanalysis is the typical prescription for a character as acerbic and unfeeling as Guy, and while the script doesn’t dodge that cliche entirely, the two terrifically matched central performances are winning enough to warmly invite the viewer’s emotional investment the whole way.“

A.A. Dowd, The AV Club
“BAD WORDS (Bateman ’13): Resembles BAD SANTA in more than just title, but not really in the ways that count.”

Erik Childress, eFilmCritic.com
“Surely many will compare Jason Bateman’s BAD WORDS to BAD SANTA cause it involes swearing at children. Only its good and very funny.” 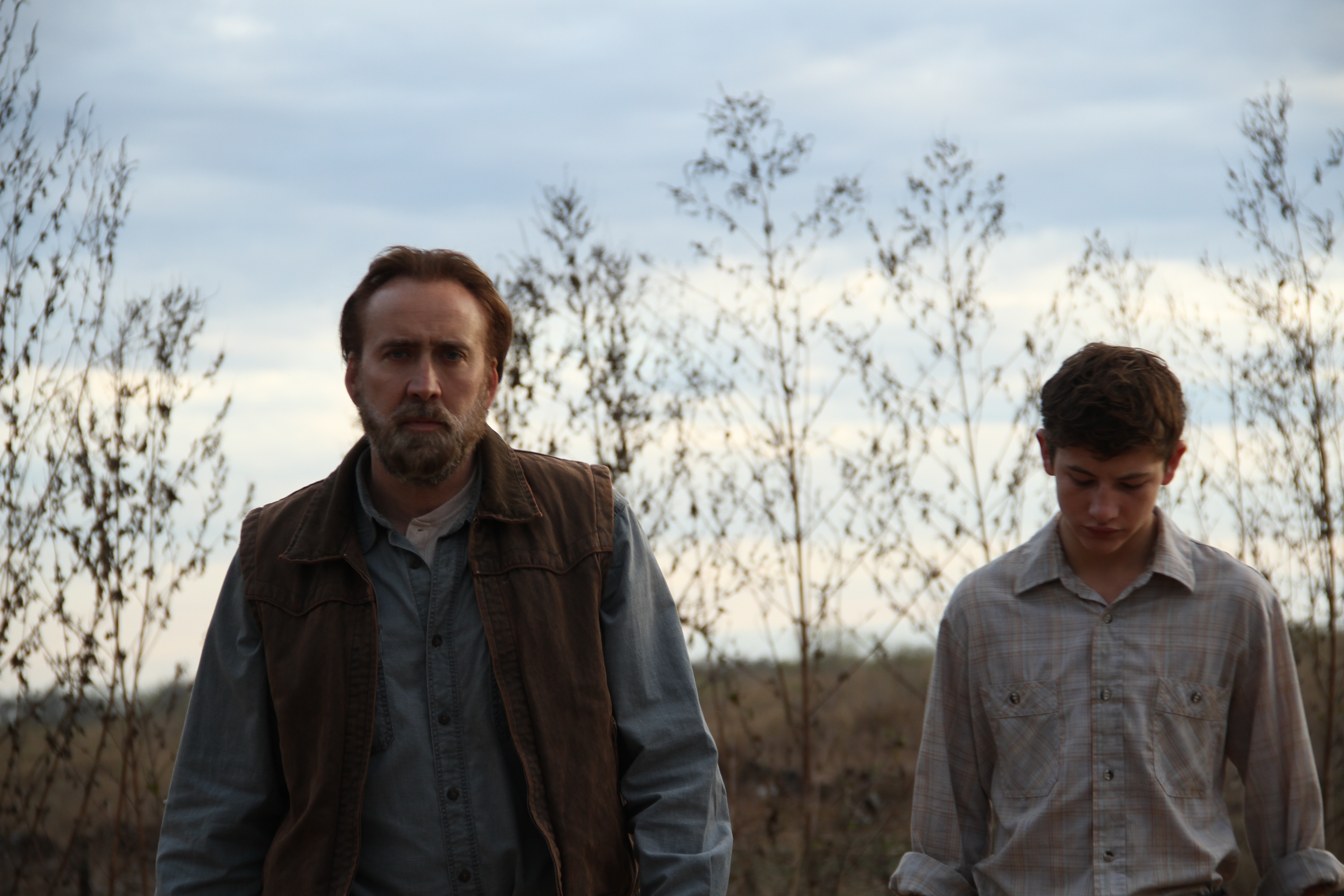 “Joe“
Category: Special Presentations
Director: David Gordon Green
Starring: Nicolas Cage, Tye Sheridan
Synopsis: “Based on Larry Brown’s acclaimed novel, the film tells the story of a kind-hearted excon (Nicolas Cage), who oversees a group of Mississippi men who clear trees for a large lumber company. When Gary (Tye Sheridan), a determined fifteen-year-old, shows up looking for work, Joe is hesitant to turn him away. After taking him on as part of the crew, Joe soon becomes a father figure. It’s an easy role to fill, since Gary’s own father is a brutal alcoholic. In a desperate attempt to escape his troubled household, Gary runs away from his family, looking to Joe for refuge.”

Kate Erbland, Film School Rejects
“If Sheridan continues to evolve and impress the way he has with only three films, he will become one of Hollywood’s brightest young stars (hyperbolic, yes, but Sheridan is just so damn good that such big talk genuinely applies to his talents).”

Eric Kohn, Indiewire
“It remains a thoughtful portrait of Southern despair, and efficiently culminates in a suspenseful arrangement of images that realize the full range of strengths from the creative team involved: Green’s longtime cinematographer Tim Orr and composer David Wingo complicate the movie’s dense atmosphere to give it both poetic and lived-in feel.”

Jordan Hoffman, Film.com
“‘Joe’ practically slips into documentary in some of its scenes. Cage, not one known for subtlety of late, is truly great in this sad, funny and tender role…Mixing genres is one of the hardest things to do in cinema, but ‘Joe’ makes it work.”

Erik Childress, eFilmCritic.com
“David Gordon Green’s JOE: a little rambly but has an authentic oddness that fits Nicolas Cage well. Surprised I was only one really laughing.“ 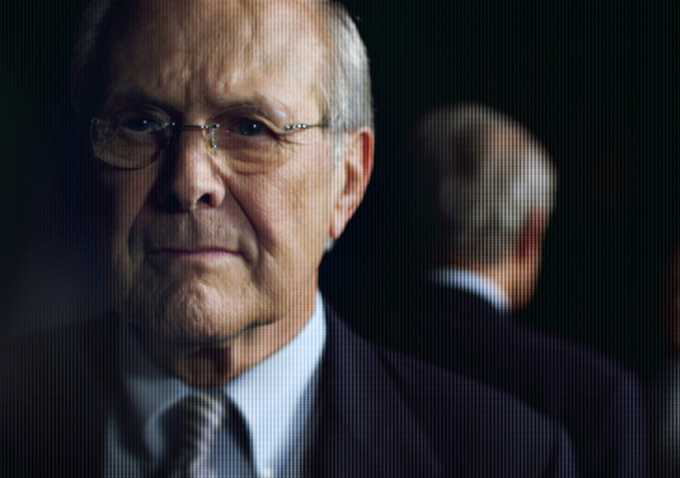 Oliver Lunn, Grolsch Film Works
“But despite the pair’s engaging dialogue and the unprecedented access to Rumsfeld, you can’t help but feel like you’re hearing things you’ve read before in the pages of The New York Times. What it does point out, though, is the way in which language is used by people in power to obscure meaning rather than convey it, using equivocations in a sly way so as to convince the American masses.”

Kurt Halfyard, Twitch
“True to form, after 96 minutes of Rumsfeld speaking, I felt as if I learned nothing at all from what he was saying. A marvellous bit of form echoing content, although for the sake of learning from history, it can be a bit infuriating.”

Ryan McNeil, The Matinee
“The great thing about this film is the way Morris hands Rumsfeld the instrument and just lets him play. He doesn’t ask the typical questions, because he knew he would get the typical responses. Rumsfeld is out of office, but Morris knows full-well that the man still has too much at stake to sit down just ten years later and start admitting policy mistakes.”

Ben Kenigsberg, The AV Club
“It’s almost certain that we’ve never heard Errol Morris ask as many questions on-screen as we do in The Unknown Known, a revealingly unrevealing sit-down with Donald Rumsfeld. Not surprisingly, former defense secretary proves to be Morris’ coolest customer ever, parrying every query with a torrent of head-spinning rationalizations.“

Jay Kuehner, Cinema Scope
“But the mirror that Morris holds up, as if for the audience’s delectation, is smeared by a visual and aural schema—kitschy graphics and an overbearing Danny Elfman score—that only obfuscates the devastation of Rumsfeld’s unaccountability. In this regard, ‘The Unknown Known’ skews closer to ‘Tabloid’ than ‘The Fog of War,’ a distinction that is less flattering of Morris than it is condemning of Rumsfeld.“

You can read more Review Report dispatches on the following films below:
“August: Osage County”
“Devil’s Knot”
“The Disappearance of Eleanor Rigby: Him and Her”
“Dom Hemingway”
“Enemy”
“The Fifth Estate”
“How I Live Now”
“The Sacrament”

This Article is related to: Festivals and tagged Bad Words, Jimi: All Is By My Side, Joe, The Unknown Known: The Life and Times of Donald Rumsfeld, TIFF Review Report, Toronto International Film Festival