Toronto Review: Sean Durkin and Tony Grisoni's Miniseries 'Southcliffe' is an Exquisitely Made, Punishing Portrayal of a Mass Shooting 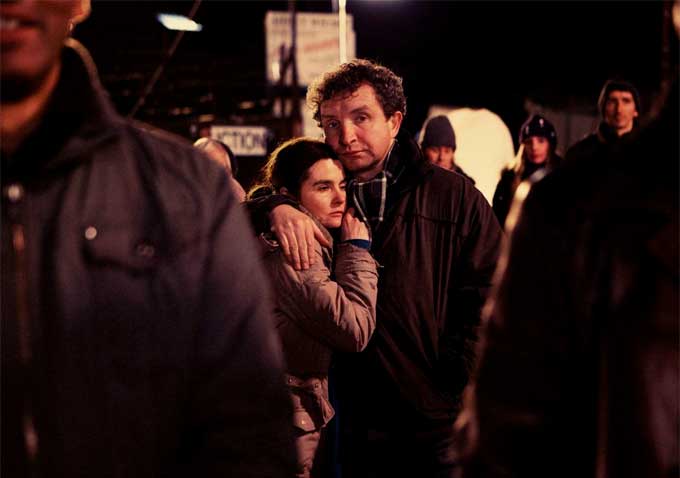 “Southcliffe,” director Sean Durkin’s follow-up to his acclaimed 2011 debut “Martha Marcy May Marlene,” has been screening at this year’s Toronto International Film Festival, though it’s not actually a film. Consisting of four episodes of around 45 minutes each, “Southcliffe” is a UK television drama commissioned by Channel 4, on which it aired over two weeks in August. Like Jane Campion’s “Top of the Lake,” Olivier Assayas’ “Carlos,” Ingmar Bergman’s “Fanny and Alexander” and Rainer Werner Fassbinder’s “Berlin Alexanderplatz,” “Southcliffe” is a miniseries that exists in a nebulous region between television and film, not so episodic as to feel typical of the small screen, but more sprawling in scope than the average movies, and cinematic enough to meander onto festival schedules. “Southcliffe” is being played at Toronto as a whole, but undeniably falls into four deliberate segments, with the last taking place a year after the semi-random killing spree at the heart of the story. 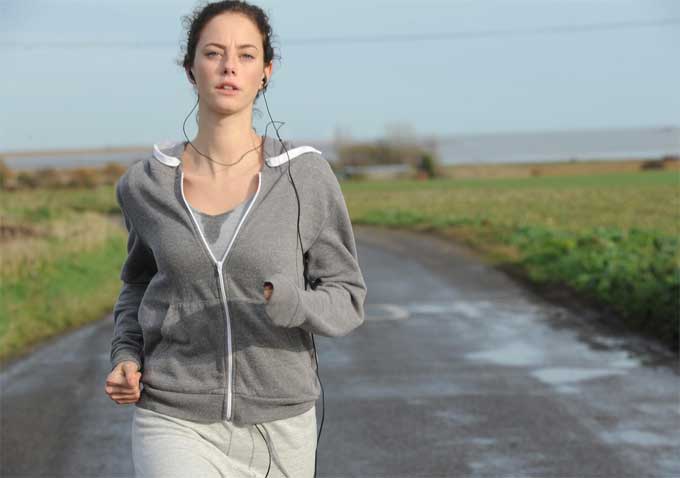 Set in the ordinary (fictional) British town of the title, “Southcliffe” is about a horrific shooting that leaves 15 people dead, and it is exquisitely made, intensely acted and as consistently (and punishingly) wrenching as that description makes it sound, as the series skips back to the culprit’s life in the days leading up to his decision, to the event itself and then past it, to a community struggling and often failing to move on. “Southcliffe” inescapably recalls Gus Van Sant’s 2003 film “Elephant,” not just in subject matter but in the way its nonlinear approach and gliding cinematography suggest a tragedy already frozen in time. We can track forward and backward, look at events and people from different angles, but the result is still the same, and any attempts to find a larger meaning and signals that it was coming are useless. We know from the outset what happens in “Southcliffe,” and so each episode of the series just layers on more weight to the tragedy as we learn more about the victims and the survivors.

There’s the soldier, Chris (Joe Dempsie, Gendry from “Game of Thrones), back in town and trying to tough out issues he can’t explain to his wife. There’s the social worker, Claire (Shirley Henderson), who, with her husband Andrew (Eddie Marsan, wonderful) is undergoing IVF treatments in hopes of conceiving a baby as their grown daughter Anna (Kaya Scodelario) prepares to leave town to travel. There’s the pub owner, Paul (Anatol Yusef, Meyer Lansky on “Boardwalk Empire”), who’s married to and has a family with Sarah (Nichola Burley) but is cheating on her with another girl. There’s London journalist David Whitehead (Rory Kinnear), who’s sent back to the town in which he grew up to report on the shooting, bringing with him banked rage against the community for an incident that drove his family away when he was a boy. 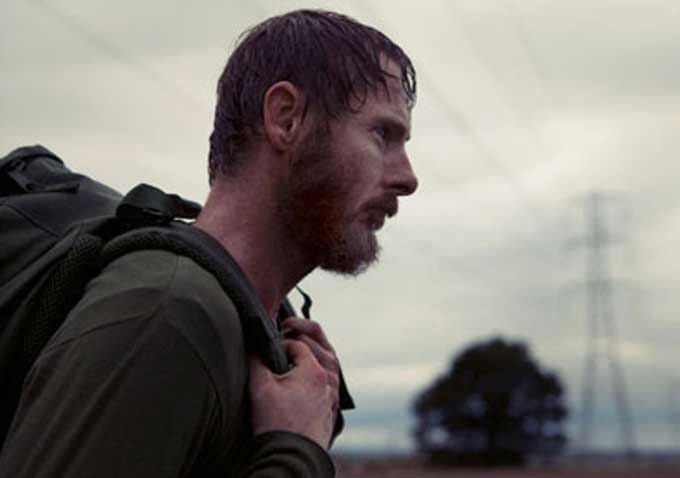 And there’s Stephen Morton (Sean Harris), the shooter, whose identity is neither kept a mystery nor flaunted. He’s a hollow-eyed veteran, a local whose oddness may or may not have predated the military service he exaggerates when approaching Chris, and he lives with and cares for his elderly, dementia-stricken mother. Our growing certainty over the first episode where he’s the perpetrator coincides with our understanding of his isolation and powerlessness, how the town mockingly calls him “Commander,” the way when he does handyman work for Paul he has to essentially plead to get paid. “Southcliffe” doesn’t excuse him in any sense, but, rather, it dispassionately shows how despair can be turned outward into something that encompasses rage.

“Southcliffe” brings to mind a bigger British hit unfurling on BBC America, “Broadchurch,” but while that series packed its exploration of grief in a more familiar and conventional mystery narrative, “Southcliffe” has no such genre elements, and therefore, can be excruciating to watch — the promise of and the process of loss is everything, and it ebbs and then rises to unbearable levels in scenes like the one in which a mother tries to contact her daughter on the phone from where she’s holed up for safety, getting her voicemail again and again, or the one in which a man recognizes his wife’s license plate number on a policeman’s hand. The process of mourning, too, is messy and discordant, and “Southcliffe” attempts to tackle, less surefootedly, the ways in which grief can be suppressed or express itself in uncomfortable ways, how it can redirect itself toward others in the same way that despair can.

“Southcliffe” is written by Tony Grisoni, of “Fear and Loathing in Las Vegas” and “Red Riding,” and it’s easy to see how in other directorial hands it could have become merely an exercise in grimness, a fictionalized exploration of a horrendous but not unfamiliar act of mass violence that could collapse under its own dour heaviness. But Durkin has made something truly beautiful here, something that looks nothing like television and that guides the series over the narrative. The fractured timeline in “Martha Marcy May Marlene,” where the main character has come unstuck, at the mercy of her own traumatized memories, becomes something more fluid here. 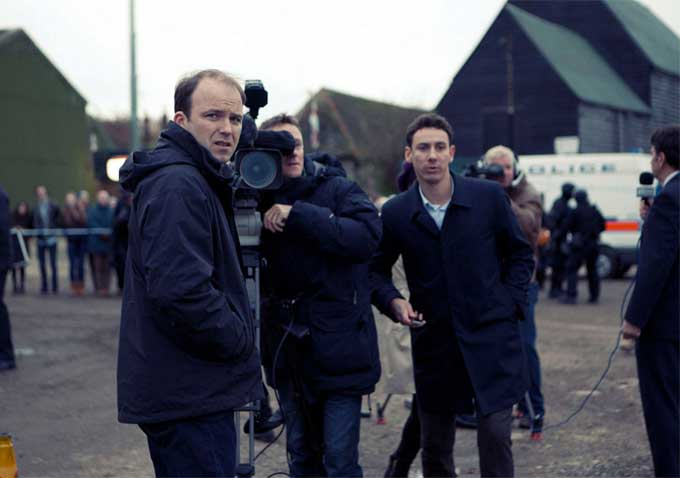 The past — an embrace by the train tracks, an incident of childhood bullying — leaps up at a moment’s notice, but the point of view also shifts just as easily, so that rather than cutting between the stories of Claire and Paul and David we drop into them smoothly, into someone crying alone after an unusual funeral or someone running through the morning mist. The town is set on the edge of a marsh, and the paths alongside it allow for many of the series’ most striking images as well as its dreamlike sense of time being permeable, or maybe just of the weight of the terrible thing that happened keeping some of these people permanently held in its orbit, looking for a nonexistent explanation, wondering if it could have been prevented or even if it was somehow warranted.

“Southcliffe” has not yet been picked up by a U.S. network.