Alfonso Cuaron On Why He's Not Happy About 'Gravity''s Success, But Relieved 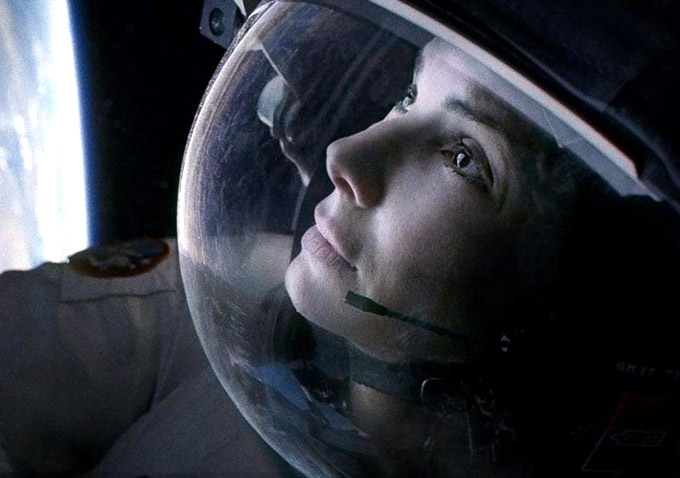 Despite the immediately ecstatic critical responses after its Venice premiere, Alfonso Cuaron’s “Gravity” was still something of a box office question mark leading up to its nationwide release earlier this month with many wondering if its particularly audacious brand of big budget filmmaking would be able to resonate with large-scale audiences. Now with a gross over $122 million in less than two weeks and a final pull of over $250 million all but confirmed, “Gravity” has become one of the biggest success stories of the year with the visionary effects work by Cuaron and his team receiving countless accolades.

Coinciding with the film’s UK premiere last weekend at BFI’s London Film Festival, Cuaron and VFX Specialist Tim Webber sat down at the organization’s Southbank theater with film critic Mark Salisbury to discuss the creation of the film and how what was originally envisioned to be a one year project ultimately took over four to complete. Along the way, the two commented on finding the middle ground between their stars and effects work, using technology as a means to an end, and considering the longevity of a film this reliant on modern day effects.

Below are the highlights from their hour-long talk.

Tim Webber on his first reactions to Alfonso’s initial pitch.

Tim Webber: “I didn’t actually read it. The first time Alfonso came in, I don’t think he had finished it yet, I just remember sitting by a window at the office while Alfonso explained the story for 45 minutes. I remember feeling exhausted already and it’s amazing thinking back to that how incredibly close to that it was. It’s gone through changes but not massive changes, and I remember thinking that it’s a different movie, a movie about (almost) a single person alone in space, so I knew it would be a challenging movie at the time. 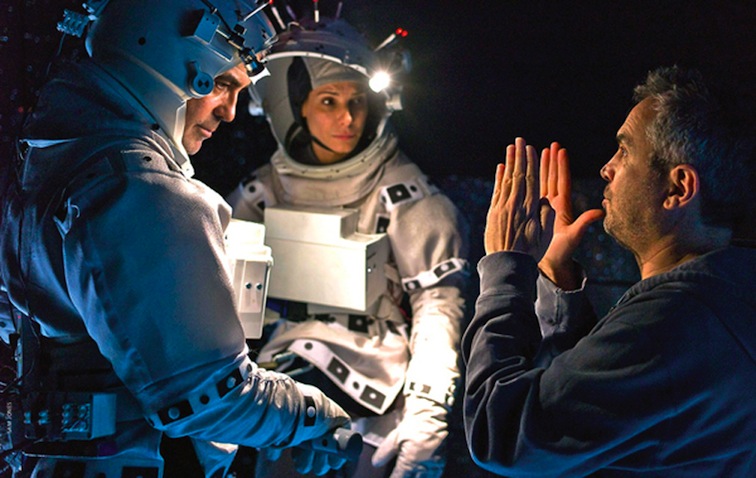 On why traditional wiring and cutting techniques proved ineffective in the long run.

Alfonso Cuaron: “We had the [effects] conversation, then we finished the screenplay, and then we tried to apply the whole thing. [Tim] came to me with the idea ‘let’s do it mainly CG,’ and I went ‘no way… that’s going to suck. We’re going to do as much practical as we can.’ So we tried the conventional rigs and stuff. We tried cables and twisted arms and stuff, and I think it was 3 hours into the first day that it was so obvious that it wasn’t going to work.”

TW: “I think there are two reasons that it would work for a period of time but not the whole movie, because you can see it on the wire, you can sense it on a traditional wiring certainly, but even on a heavily developed one you can just tell what’s going on. There are certain moves you just can’t do on a wire rig, the wire’s just get in the way. But also because Alfonso has the very long shots. It couldn’t get you a long shot, it would just be impossible to manipulate.”

AC: “And there’s another thing. Wires give you this axis when you’re rolling, and we needed several axises, so the wires weren’t going to do it. And on top of that, if the camera’s spinning around the wires it just wouldn’t work… There has been a wisdom with films in space, and that has been to have the mothership with the gravitational pull, and there’s a reason for that (laughs).” 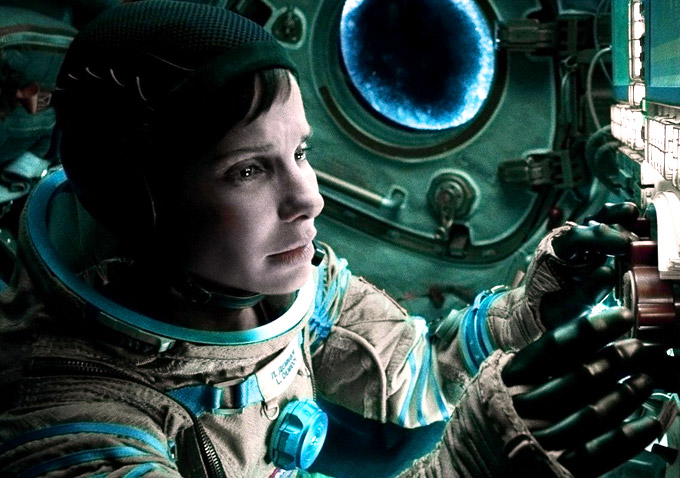 Lighting problems and the “Eureka Moment.”

TW: “We used many different techniques in many different situations, but our basic method was to film faces and to put them into a CG environment, into a CG suit, and to just film their faces because it’s a whole lot easier than just doing the whole body. And you realize that you still can’t move them upside down and spin them around, and you still have to move the camera around the actor, and then you have to move the light as well. So we thought, ‘Okay that’s what we’ll do, we’ll just move the light.’ And of course it wasn’t that simple.”

AC: “We wanted to give it a photo-real look from the first minute. I remember saying that when we finished the film I wanted NASA to call us and say they were suing us for putting cameras in their ships. There’s something about the light in space that is very specific, not only from the light of the sun, but the balance from where you are over the earth.

“So Chivo (cinematographer Emmanuel Lubezki) had his Eureka moment at a Peter Gabriel Concert. He came back from [the concert] and he said ‘can we do it with LED lights. Before that we discussed rigs to move the lights super fast. [Tim] designed something really quick… The one thing he was obsessed with was the light in space. Light in space is unlike any light in earth, because it’s unfiltered. There’s no atmosphere, so he had a lot of concerns about how a mirror would diffuse the light.”

TW: “In its standard convention, that is the 10′ x 10′ LED light box, there was 1.8 million LED lights that we could control individually to get the colors and the positions of the lights… but the spectrum has spikes, and its not very natural. Each light would give off different colors and brightness at different angles but it wouldn’t come out evenly. So we had to compensate for all of this and find a way to program it in a way that would reflect what we needed, but was also flexible because Chivo would want to be able to make variations on set very quickly.” 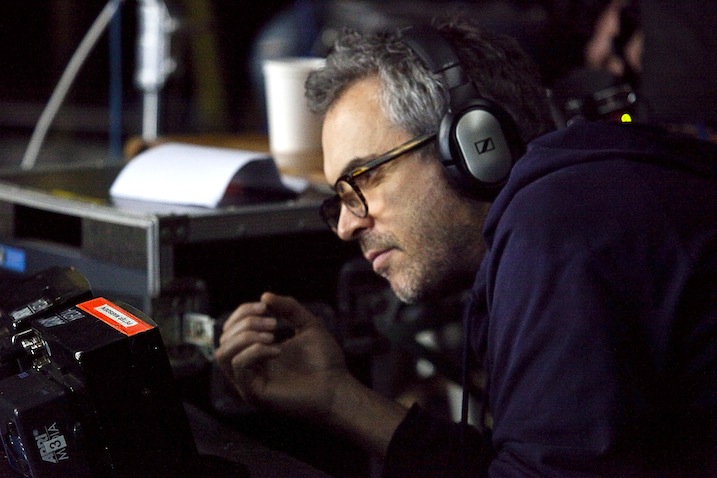 AC: “Then that kind of had a ripple effect back into the previz, because originally they were going to just be a model that we could look back at, but we realized that the previz was more than that. That was something that [James] Cameron kept on talking about. He would say ‘I don’t use previz anymore, I use it as if it is the first painting on a canvas.’ In other words it was the stuff that you kept on painting on top of and the thing with that is that it became very clear that in order to use these technologies, we needed to program stuff and the previz was going to have to be precise in terms of camera movements, choreography, timing and light.”

The physicality of Sandra Bullock’s performance and collaboration.

TW: “We did have to go to huge troubles to try and make it as easy as possible for her, but it’s still incredibly hard. The contraptions we had to put her through, and it came down to her ability to hit a mark. We would tell her ‘we need to you grab a handle and its there and to now do this when we’re running the shot,’ and she was able to do that and this and all beautifully fluidity while giving an emotional performance as well. She was incredibly brilliant and incredibly able to do all of that”

AC: “It was more like a dancer really with the choreography, because also it wasn’t just marks, it was about timing. So it was very complex and I’m amazed with what she did… And Chivo was completely aware and concerned about the performance, and sometimes when I would suggest bad ideas as always, he would always say ‘yes, but that’s not going to be good for the performance. It’s going to put Sandra in a very tough position to perform.’

“It was so great, the collaboration between Chivo, the team and myself, because in a sense it was like a unit. In the past the only person that I was able to find compatibility on discussions about the subtlety of lights and colors was Chivo, and I found that the team and I had a very similar eye in terms of details of light and color. I know I can relate with their taste and sensibility. it’s a matter of trust, it’s an obsession and attention to certain details that I like, so I try to find collaborators that are going to make you better. You don’t want to be calling the shots all of the time” 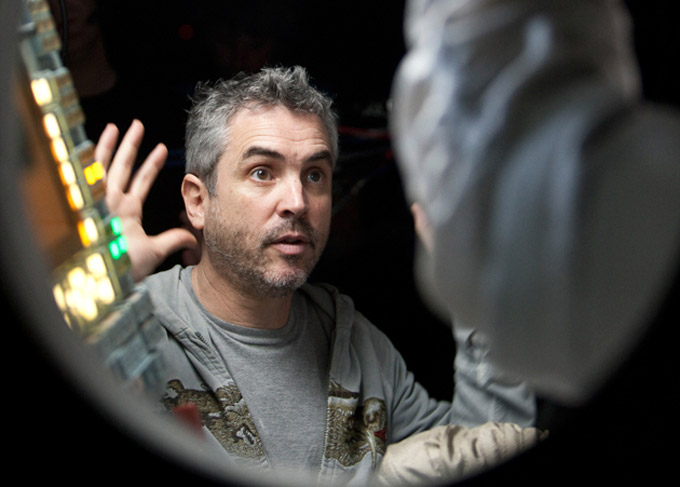 Prospects for the film’s longevity.

TW: “I think the reasons these films age is that just the progress of special effects over the last 15 years has been incredibly fast, while the progressions in physical effects weren’t nearly as fast. So that’s why things date very quickly, because things just progress. I think we are getting to a point where that is just going to slow down. You do the best you can at that moment in time and hope that it will last, but what makes it last is the quality of the story and the quality of the film. You will forgive in bad effects.”

AC: “I prefer ‘Jason and the Argonauts.’ It still holds even if it’s this completely different thing. And that’s the beauty of Melies or the beauty of some of those visual effects in the silent era. I agree that the important thing in the end is not only the story, but the conceptual aspect behind it and thinking process.”

The function of technology and reacting to the film’s success.

AC: “But the most important thing for us is that all of this stuff, and all of this technology, are only tools to achieve the cinematic experience and cinematic moment. For us, the conceptual aspect behind it and theoretical aspect of what we are trying to convey was more important. All of the technology was in service of that.

“They ask if I’m happy and elated by its success and all of this. For me, it’s like the fox who has been chased by hounds for four and a half years, and then the fox gets away. Is the fox happy? The fox is happy when he is frolicking with another fox, playing with the cubs in the meadow, mating, but when he escapes it’s just relief. That’s not happiness.”