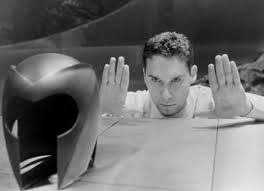 Bryan Singer hasn’t exactly been on a roll lately — we’ll point you to the C average for “Jack the Giant Slayer” on our Criticwire Network for just the latest example of his less-than-stellar output — but he has remained an object of fascination for film critics. Singer’s “The Usual Suspects” was a first-rate noir with classy nods to film history and has certainly held up over the past two decades; his first two entries in the “X-Men” franchise are unquestionably responsible for getting that beast of an enterprise off the ground, and remain its finest entries.

Of course it’s entirely possible that Singer could spring back with his next project, “X-Men: Days of Future Past,” but until then he’s back in the news to show an appreciation for the level of support that cinephiles have given him over the years, by donating $5 million to USC’s School of Cinematic Arts. The Bryan Singer Division of Critical Studies launched this week. The website for the program, which has been around for some time without Singer’s name attached, describes its intentions:

“Our program is engaged with the critical examination of mass media, popular culture, and the art, craft and industries of film, television, and interactive media. We explore their social, political, economic and aesthetic impact both at home and abroad. We study the language and pleasures of moving visual images and sounds and the ways they are used by various reception communities to understand themselves in relation to the rest of the world.”

In Variety’s report from the dedication ceremony, Singer says he would teach a course called Double Feature that would study “pairs of films by the same director.” It’s easy to imagine Singer’s two “X-Men” films working together in this context, though I’d be equally intrigued by a comparative study of Nazism in “Apt Pupil” and “Valkyrie.” Just as long as students don’t have to look at the movies through the reviews they’ve received, of course.

What would you program for Singer’s imaginary Double Feature course?

This Article is related to: News and tagged Blogs, Bryan Singer, Reviews, USC