Crowdfunding is a Full-Time Job: Here's How to Make It Pay

By Etta Devine and Gabriel Diani 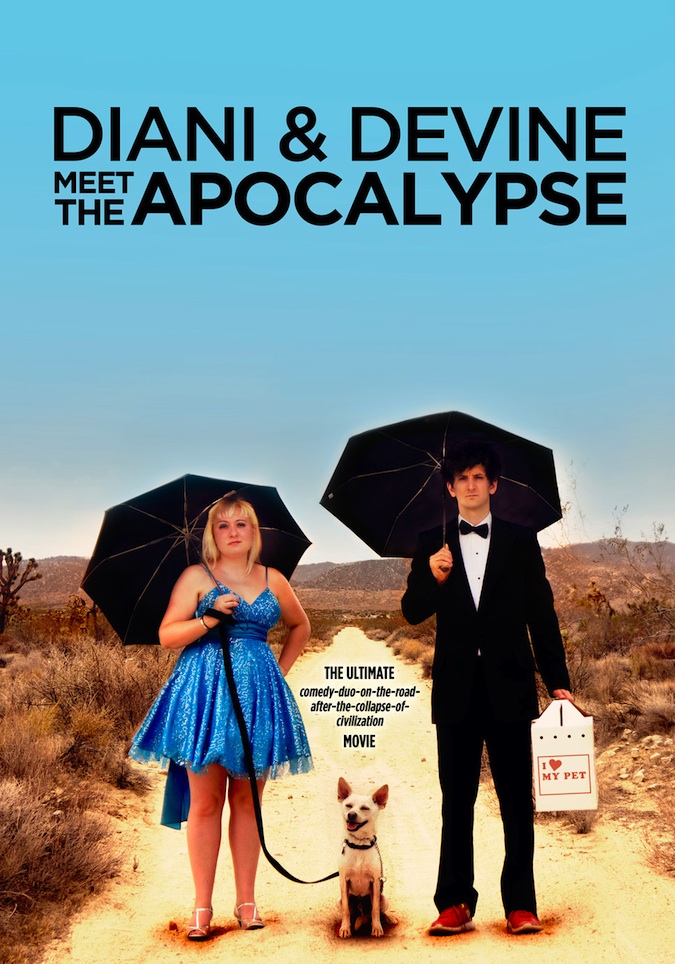 Gabriel Diani and Etta Devine are crowdfunding veterans, which is rare given that crowdfunding is still so new. After two successful campaigns, they’re now on their third campaign for a feature film called “Diani & Devine Meet the Apocalypse,” a comedy about a struggling comedy duo trying to survive the apocalypse. They’re trying to raise $100,000 and after two days, have passed the $12,000 mark. Diani and Devine took the unusual step of producing 30 videos for their Kickstarter campaign and below, they explain why they went to the effort, as well as other tips for crowdfunding success:

Crowdfunding is not for the weak of heart. Nor is it free money. It is a full time job with lots of moving parts that may not be in every filmmaker’s wheelhouse. The fact is most people will probably lose money on the deal even if they’re successful. It’s also an amazing way for filmmakers to get funding. We are in the midst of our third Kickstarter campaign for a feature film called DIANI & DEVINE MEET THE APOCALYPSE.

We raised around $30k and $27k respectively during our first two successful campaigns but we’re trying to raise $100k this time around. That’s a huge jump and we knew we needed to get creative if we were going to hit our goal. So we developed a multi-pronged approach to increase our audience reach. It took us five months from the time we decided to do it until the time we launched. Five months. Working full time. And we still don’t know if it was enough.

Here’s what we did:

It’s important to have new and interesting content to keep your backers interested and hopefully pull in more. Typically, this has taken the form of project update videos with friends of the production sitting in front of their computers making the pitch over again.

There’s nothing wrong with that but we thought, “What if we went a little farther and made a funny video for every day of the campaign?” It would help us to stand out and (as far as we knew) it had never been done before. So we traded in all of our favors (and then some) to create a fun and entertaining campaign with over 30 promos that might have the viral capability to travel farther than a traditional crowdfunding pitch video.

Some of the videos capitalize on the cult fan bases of our cast members Barry Bostwick (“The Rocky Horror Picture Show,” “Megaforce”), Harry Groener (“Buffy the Vampire Slayer”), Armin Shimerman (“Buffy,” “Star Trek:DS9”), and Janet Varney (“The Legend of Korra”) while others are just funny videos that feature our funny friends. The added benefit is that these people now have vested interest in the campaign beyond wanting to see us do well and will push the videos out to their own audiences when they launch.

You can make the best videos in the world but if no one sees them you’re sunk. Press coverage is important to getting the word out about any crowdfunding campaign that needs to raise more than your inner circle is capable of funding. But getting that coverage is difficult…even more so now that crowdfunding is no longer new and novel. We have friends on the other side of the press table who say they get at least 20-30 queries a day from crowdfunders looking to get press.

We had already developed a press list featuring outlets that covered our first campaign to “Replace the N-Word with Robot in Huckleberry Finn” and during the course of promoting our first film “The Selling” but it wasn’t extensive enough for a campaign of this size.

So we started the arduous task of researching. Reading every blog post or article from successful crowdfunders saying how they did it (not unlike this one)…most of which were very light on details (i.e. “I got a million views on my video by getting influential blogs to cover it.”). But there were some nuggets here and there and what we figured we needed to do was search for articles, blogs, podcasts and interviews about our famous cast members, apocalypse movies, indie film in general, crowd-funding in particular, and anything else that might have an overlap interest for our project. Once found, those articles needed to be sifted through, categorized, the writers name noted, their contact information sought out, all that info put into a spreadsheet and then every one of those writers or outlets contacted and pitched to do a story.

Sounds easy, right? The work itself isn’t particularly taxing (unless you’re like us and have to relearn Excel every time you use it), but it is time consuming and if you’re busy writing, shooting, and editing over thirty videos it can be hard to find the time. So we put out a call on Twitter for anyone who might be interested in helping and got two lovely ladies who volunteered to do it out the kindness of their hearts. They did the research and data entry. We did the press outreach. That’s how we got this article in Indiewire.

We took a lot of time researching rewards from other campaigns and trying to come up with incentives of real value and worth to our backers but didn’t break the bank in terms of eating up all our budget. Once we settled on rewards and the price tiers we worked on making the page as clear and easy to digest as possible in terms of the amount of information and how it is conveyed. A lot of people skim when looking at project pages so you want to make it as easy for them as possible. We worked with a fantastic designer named Lee Thompson to put together our Key Art image and graphics for the campaign as well as supplementary images for posting on Kickstarter, Facebook, Tumblr, and Twitter.

Over the course of our campaign video we go from being well-dressed civilized folk to tattered, crazy-haired post apocalyptic survivors. We shot it over the course of four months and every shoot day we’d tweet and post Facebook pictures. We did the same while shooting the thirty other videos all the while clearly stating that we were shooting a Kickstarter campaign. About the second or third month, people’s curiosity started to pique.

We wanted to make sure everyone we knew was aware of when we were launching so we could be strong coming out of the gate. Once we’d settled on our launch date we started a countdown on Kickstarter and Facebook, releasing a photo with the title of the project and the launch date and time.  These got a lot of organic “Likes” and “Shares” from friends and we even pulled over 50 new likes to the site the week before we went live. We emailed close friends and family in advance and had a Pre-Launch party to screen some of the videos and meet with people face to face.

All of this led to a very strong launch where we pulled in $10,000 in the first day and received write-ups in several blogs with more articles and podcasts on the way. It’s still the early days of the campaign, so we’ll have to see if the videos catch on and start building momentum.  The reality is there is no magic bullet for this kind of thing and it is entirely possible to do everything right and still not catch on with the public. But we’re looking at the campaign as a project in and of itself and are proud of the work we’ve done…whatever happens.

Watch one of the campaign videos: