ESPN's 'This Is What They Want': A Doc Portrait of a Great Tennis Player and a Notorious Jerk 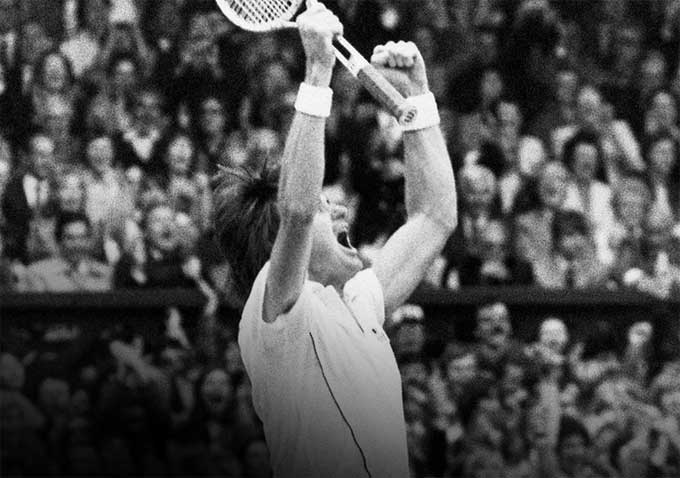 At best an occasional and half-hearted follower of tennis (which is still more than I can say for most other sports), I had never heard of Jimmy Connors before seeing “This is What They Want,” the new “30 for 30” doc airing on ESPN tonight at 8pm. I mention this not as a reflection on Connors’ celebrity — now 61, Connors is the winner of eight Grand Slam singles titles and a larger than life figure — but as reassurance that, despite the film being mainly a fond reflection on the pleasures of Connors’ courtside talent and prickly personality, it doesn’t require a prior investment in who he is to be an enjoyable watch.

Connors was a gifted tennis player and pretty much a professional sonuvabitch who seemed to draw power from hatred of his opponents, umpires and linemen. “This is What They Want,” which is directed by Brian Koppelman and David Levien (“Ocean’s Thirteen,” “Solitary Man”), is a standard but very snappily made doc that intersperses footage of the man in his ’70s and ’80s prime (pageboy haircut flying, bellowing about a call — “you’re an abortion” he screams at the guy who made it) with reminiscences on what it was like to watch or play him from interviewees like Chuck Klosterman, John McEnroe, Chris Russo and Aaron Krickstein, whose career was marked by a famous loss to his one-time friend late in the latter’s career.

The hourlong episode looks at Connors as a kid from the wrong side of the tracks in a “gentleman’s game,” one who seemed fueled by a need to shake the sport up, but also by a desire to rally and interact with the crowds in a way that other players didn’t. The film’s backbone is Connors’ remarkable comeback at the 1991 US Open, where, at the age of 39, twice as old as some of the other players, he made it all the way to the semifinals as a wildcard entry, beating the likes of Krickstein and Patrick McEnroe in epic matches.

The Open, and those two matches in particular, are given due attention — they’re thrilling ones in which Connors comes from behind and summons the audience to his side until they’re screaming in the stands like they’re watching some kind of gladiatorial battle. Which they are, really — Connors’ bad attitude transmuted by time into something admirable and almost noble, a refusal to walk away until he deems himself ready. And Connors, who’s interviewed alongside everyone else, is certainly a captivating character, unapologetic about his competitive nature and his refusal or inability to set it aside once he was off the court, to not make it personal. He’s “still an asshole — but I’m a happy asshole,” he admits, but what makes the film so pleasurable is the way it’s as much an appreciation of being a spectator to a momentous sporting event as it is an appreciation of the guy playing in it.

Certain players are just more watchable, in ways that don’t have anything to do with skill, but rather narrative. Interviewee after interviewee in the film waxes poetic trying to pin down what made Connors such a compelling player to watch, especially in that 1991 run. Even Ted Koppel gets into it in an archival news clip, intoning “This is a metaphor for life! This is Jimmy Connors as the aging chieftainn holding off a succession of challenges from one young stud after another. This is all of us looking for reassurance that death is not inevitable.” It doesn’t feel like an exaggeration when he says that, and when we then watch Connors, burly and sweaty, fighting his way back from two sets down, playing the type of game that unites thousands of people in the spectacle, waiting, breathlessly, to see if he’s going to pull it off.