In Memory of Lou Reed, Watch These Films By (and About) the Rock Music Legend For Free on SnagFilms 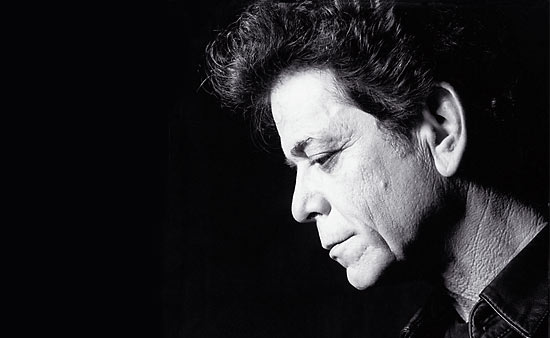 The sudden passing of rock music legend Lou Reed has inspired many to memorialize The Velvet Underground frontman through the never-tired tunes that made the singer-songwriter an icon. But in the spirit of uniting film and music to honor the life of one of the world’s great creative voices, we have put together a list of films by and about Lou Reed free to watch on SnagFilms.

Red Shirley, a 99-year-old woman formally known as Shulamit Rabinowitz, is the star of this short film co-directed by her cousin, none other than former Velvet Underground frontman Lou Reed. Rabinowitz lived through the devastation of the First World War, and fled Poland for Canada during the Second. At ninteen, she immigrated illegally to the U.S., where she spent 47 years toiling at a New York textile factory. She tracked down her long-lost sisters in Palestine, engaged in union struggles and took part in the Civil Rights March on Washington, D.C. Enhanced by its dark soundtrack — courtesy of Mr. Reed, naturally — and judicious use of freeze frames, this intimate cousin-to-cousin encounter is a fascinating distillation of an individual’s unique experience over a vast expanse of 20th century history.

“The Velvet Underground: Under Review”

“A Night With Lou Reed”

Concert film shot at New York’s famed Bottom Line, at the peak of the club’s popularity and Reed’s legendary career. A magical night was captured during a rare week of sold-out shows.

A powerful, emotional and relevant reminder of the heartbreaking toll war takes on the innocent, NANKING tells the story of the Japanese invasion of Nanking, China, in the early days of World War II. As part of a campaign to conquer all of China, the Japanese subjected Nanking – which was then China’s capital – to months of aerial bombardment, and when the city fell, the Japanese army unleashed murder and rape on a horrifying scale. In the midst of the rampage, a small group of Westerners banded together to establish a Safety Zone where over 200,000 Chinese found refuge. Unarmed, these missionaries, university professors, doctors and businessmen – including a Nazi named John Rabe – bore witness to the events, while risking their own lives to protect civilians from slaughter. The story is told through deeply moving interviews with Chinese survivors, chilling archival footage and photos of the events, and testimonies of former Japanese soldiers. At the heart of NANKING is a filmed stage reading of the Westerners’ letters and diaries, featuring Woody Harrelson, Mariel Hemingway and Jurgen Prochnow. Through its interweave of archival images, testimonies of survivors, and readings of first hand accounts, the film puts the viewer on the streets of Nanking and brings the forgotten past to startling life. NANKING is a testament to the courage and conviction of individuals who were determined to act in the face of evil and a powerful tribute to the resilience of the Chinese people – a gripping account of light in the darkest of times.

Also, Lou Reed’s tracks inspired by the film are available at both Amazon and iTunes.