Is There a Link Between U.S. And Korean Cinema? The Busan International Film Festival Provides An Answer 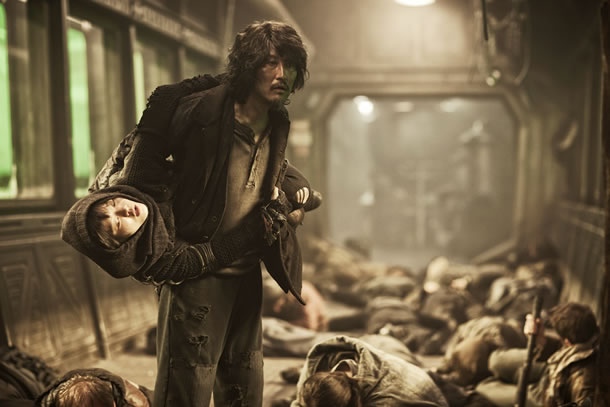 I spent a good deal of 2008 living in Seoul, where my wife had taken a twelve-month work contract — a great, defining year for us both. Though Australian, she feels a deep connection with the country. She knows its history, its culture; she speaks the language. My own perspective was strictly that of an outsider, alternately baffled and beguiled. Even so, it was almost impossible, even for a comparative naif like myself, not to sense at virtually every moment the nation’s deeply ambivalent relationship with the United States, the superpower which serves as its ally, protector, colonizer and rival.

South Koreans have adopted American and European popular culture — fashion, music, social media — with greater enthusiasm than their Chinese neighbors. And increasingly, their language, and their cities, are filled with transliterated words: a shop might be signposted with, say, HAPPY MORNING, written phonetically in Hangul — even though those words are meaningless in Korean, presumably because English is a gold-standard to which to aspire.

For nationalists, this is a sign of capitulation to a colonial (some would say, an occupying) power; for most young people, though, it’s simple modernity, a welcome symbol of engagement in a country which, for decades, remained almost as locked-down as its angry sibling in the north. (It wasn’t until 1988, after the successive tyrannies of Park Chung-hee and Chun Doo-hwan, that most South Koreans could obtain a passport.)

Either way, I was thinking a lot about this at this year’s Busan International Film Festival, which for some reason seemed slightly quieter this year. Regular attendees complained of a decline in numbers and a lack of buzz, though given the cavernous vastness of the BEXCO Convention Centre and the newly-constructed Busan Film Center, it was sometimes hard to tell.

The actual cinemas were pretty full, with a large number of sessions sold out, and the festival’s audience — as ever, more or less evenly split between old and young — displayed the same admirable adventurousness, the willingness to engage with works on their own terms, that I’d noticed on previous visits. Even something as intransigent, as superficially “difficult,” as Benny Vandendriessche and Dirk Hendrikx’s “Drift,” enjoyed good attendance and sustained attention. No one walked out; at the end, there was applause and some thoughtful, well-considered questions.

That film, incidentally, proved one of the discoveries of the festival: Based on a series of performance pieces by artist-dancer Hendrikx, it related the final days in the marriage of a man and his terminally-ill wife, who have come to a hotel high in the Carpathians, to prepare for her approaching death. Interspersed with their scenes together were a series of increasingly bizarre tableaux, set months afterward, in which the unnamed protagonist — played by Hendrikx himself — subjected himself to certain ritualistic torments: Attempting to walk while carrying a large, flat stone on his upturned face, burying his head in the earth.

It sounds risible in summary, but the film offered a powerful meditation on grief, on how unmoored one can become, physically as well as psychically, with the loss of a beloved, and as such, boasted an extraordinary, accumulative emotive force. And its coda — a sequence showing Hendrikx and his co-star Lieve Meeussen dancing together, apparently filmed years earlier — proved devastating. Like Philippe Grandrieux’s astonishing “White Epilepsy,” the result showed how rich cinema can be when it mines other artistic disciplines for inspiration.

The other big news of the festival was the unexpected arrival of Quentin Tarantino — apparently to support his buddy Bong Joon-ho, whose “Snowpiecer” had already opened commercially across the country, but which featured in the festival nonetheless, in a cut as-yet unmolested by the none-too-tender ministrations of Harvey Weinstein.

Rumor had it that, having now seen the original, QT would intervene, and tell Harvey to back off — a scenario which sounded to me rather more hopeful than likely. Nevertheless, his visit inspired almost as much media attention as did the typhoon that almost laid waste to Hyundae Beach earlier this week. 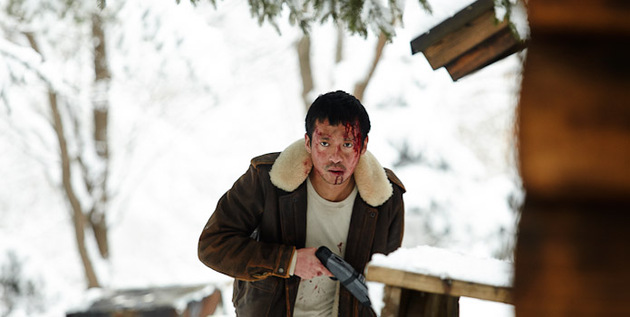 Soggy but undaunted, the festival went on. And unsurprisingly so, since, for all the dire talk of Asian film piracy, Koreans still love going to the cinema, and to enter some of this festival’s venues — the multiplexes atop the Sinsenae and Lotte department stores, for example — is to revisit a vanished age of moviegoing: huge halls, massive screens, luxurious seats, state-of-the-art projection and sound.

Part of this, I suspect, has to do with social factors. Korean young people, who typically live with their parents until marriage (and occasionally after, as well), typically lack for public spaces in which to be alone together. Thus the cinema, like other communal sites — the bathhouse, the café, the norebang — offers a rare opportunity to spend time as a couple. (One might, in fact, argue that the quest for intimacy amidst proximity is the defining quality of life in the modern Asian metropolis.)

But to fill these large, well-appointed spaces also demands a certain kind of cinema. And it’s here that the link between the US and the ROK is all but inescapable, since “drama” today seems to be as dirty a word here as in the halls of any Hollywood studio.

Early last decade, while everyone was eagerly hailing the arrival of the New Korean Cinema, there was a small but impressive cadre of grown-up dramas made on the peninsula: Im Sang-soo’s “A Good Lawyer’s Wife” (2003), Park Chan-ok’s “Jealousy Is my Middle Name” (2002), Jeong Jae-eun’s “Take Care of My Cat” (2001). Alas, this strand of filmmaking seems almost entirely extinct today. Instead, you find endless variations on the same handful of genres: spy thrillers (understandable, when you consider what lies across their own northern border), teen romances, broad comedies, lavishly-mounted historical pageants, melodramas. But sober, character-driven illustrations of what it means to live in one of the richest nations in the developed world, a country not only poised between modernity and tradition, but actually divided against itself? These are rare indeed.

And those filmmakers have felt the crunch. With only one subsequent feature to her name, 2005’s so-so skate-punk drama “The Aggressives,” Jeong Jae-eun has moved into short-form documentary filmmaking, while Park Chan-ok has only completed two films in a decade. Im Sang-soo, once one of the country’s most versatile talents, has veered into mass-market “event” movies, with glossy, empty trash like “The Housemaid” and “The Smell of Money.” His near-namesake Hong Sang-soo, meanwhile, seems content to churn out the same movie every few months, to ever-more-diminishing effect.

Elsewhere, the news is no better. Never exactly the deepest thinker, Kim Ki-duk is these days more a public provocateur — a kind of taboo-busting, soju-quaffing thrill-ride — than any kind of serious artist. Park Chan-wook and Bong Joon-ho are busily — and deservedly — becoming international filmmakers. Only Lee Chang-dong has kept the faith, with films like “Secret Sunshine” and “Poetry” evincing the refined intelligence, the acute social observation of that brief early-00s heyday. And even his output was interrupted — in this case voluntarily, by a two-year stint as Minister of Culture and Tourism under President Roh Moo-hyun.

In the absence of better options, I caught a couple of local duds. Choi Jin-seong’s “Steel Cold Winter” was a teen romance-mystery that suffered not only from a way-too-cute boy protagonist — with his bee-stung lips and gamine ‘do, Kim Shi-doo looked like he’d just wandered across from an Epik High shoot — but also from a rather over-zealous make-up artist; watching, I was continually distracted by the boy’s kabuki-like pancake, which frequently threatened to turn him invisible against the snow. For all its pretensions to social commentary (Hey! Outcasts are people too!), the story never rose much about Edward-and-Bella-style fanfic, all long, yearning stares and awkward silences. And snow. Lots of snow.

No more encouraging was “Intruders,” from writer-director Noh Young-seok, whose 2008 debut, “Daytime Drinking,” announced a talent as resourceful as it was singular. (The film was made independently, on a micro-budget, and Noh also served as cinematographer, editor and composer.) This one, his sophomore effort, opens extremely well, with a set-up a little like the darker flipside to one of those aforementioned Hong San-soo movies (a blocked screenwriter travels to the country, calls up old flame to join him). It proceeds through a nifty series of encounters between the protagonist and some locals — each comical, yet imbued with the sense of incipient violence which seems, somehow, to characterize most social interactions in South Korea.

But then, disastrously, it begins to take itself seriously: suddenly there are North Korean agents running around, and reversal piles upon reversal, and what was entertaining becomes first ludicrous and then tiresome. In the process, Noh abandons all of the sharp character work, the keen satirical edge, that made his debut so memorable.

Another world premiere, “Nagima,” from Kazakh writer-director Zhanna Issabayeva, was a disappointment, a badly outdated flowering of Bressonian impassivity (by way of Omirbayev) from a director who never seemed to know quite where to put her camera. And in its cast of dead-eyed non-pros — all drawn, reportedly, from local orphanages — we soon ran up against the limits of technique; unlike the master she was imitating, Isaabayeva could not manage to wring emotion from the rigidly expressionless figures she put onscreen.

Pawel Pawlikowski’s “Ida,” though, was a triumph: immaculately crafted, quietly shattering, its high-contrast B&W cinematography looking, at times, more like charcoal etchings than photographic images. But though set in the early 1960s, in the darkest days of Polish communism, it was in the simplicity of its storytelling that it most recalled the work of forebears like Wajda and Munk, and the native tradition to which Pawlikowski, a Pole long resident in Britain, has returned.

A young nun (the luminous Agata Trzebuchowska), an orphan, discovers she was in fact born Jewish, and accompanies her aunt — a chain-smoking, hard-drinking, cynical judge known as “Red Wanda” for her zealous persecution of enemies of the State — to recover the bodies of her parents, murdered by anti-Semites shortly after the end of WWII. Their quest becomes a kind of road movie, as well as a dialogue between faith and reason, and the spiritual and secular worlds between which Anna/Ida, on the verge of taking her vows, is suspended. Effortlessly integrating deeper themes with its surface pleasures (the production design, by Katarzyna Sobanska and Marcel Slawinski, is especially strong), yet remaining as austere and reticent as its young protagonist, it’s a tough film to love. But then, as Ida would be the first to admit, it’s a pretty tough world, too.