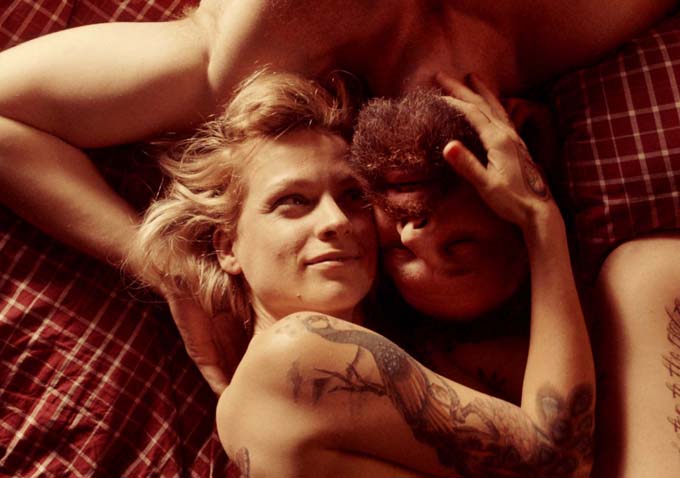 In Joel and Ethan Coen’s somber paean to folk music opening this December, “Inside Llewyn Davis,” a lonely singer (Oscar Isaac) drifts through early-sixties New York seemingly divorced from any form of stability aside form his guitar. His brooding state is partly a form of mourning, since his old musical partner killed himself months earlier. “The Broken Circle Breakdown,” Belgian’s entry for Best Foreign Language Film in the Oscar race, also uses music to explore the gap between reality and personal grievances to remarkable effect. To a certain degree it even surpasses “Llewyn Davis” in its capacity to deepen its characters through melodic expressions of discontent, but it also manages to transcend the sadness with a triumphant outlook.

That being said, the premise of writer-director Felix Van Groeningen’s drama, based on the play by Johan Heldenbergh (who stars in the lead role), hails from one of the chief clichés of sentimental fiction: It’s a cancer story. Heldenbergh plays Didier, a bearded banjo player at the center of a band that enlists the spunky Elise (Veerle Baetens) as co-vocalist once the duo becomes romantically involved. The narrative shifts between the joyful days of their initial romance and seven years later, when their young daughter is in the late stages of cancer. Needless to say, it’s a seriously downbeat scenario that offers little in the way of respite for its protagonists as they face one hurdle after another in a Job-like series of trials.

But the traditionally mopey premise is frequently enlivened by the music, all of which can be found in the vibrant soundtrack (credited to The Broken Circle Breakdown Bluegrass Band, which was formed after production on the film). As the movie constantly shifts between deeply sorrowful moments and happier times, “Broken Circle Breakdown” forms an eloquent treaty on the spectrum of emotions that music has the power to convey. It’s also, by virtue of its heated, alternately charismatic and furious leads, possibly the best musical romance since “Once” to explore the abstract dimensions of a relationship through harmony.

Appropriately, “The Broken Circle Breakdown” has already topped the box office in its home country, though it’s hard to see a similar degree of popularity for the gloomy tale in this neck of the woods, particularly due to its rawer elements: The sexual dimension of Elise and Didier’s romance is key to illustrating their bond, particularly once it’s tested by their child’s illness. However, Van Groeningen’s capacity to thread the performances into the story is on par with “Llewyn Davis” for its fluid integration: The titular “Can the Circle Be Unbroken” sets the theme of bonds tested by life’s unexpected twists, while “The Wayfaring Stranger” grapples with the prospects of drifting through a godless land. “The Boy Who Would’t Hoe Corn” stands out for its application in a montage that tracks the couple through several stages in their relationship without pause.

You couldn’t ask for a more appropriate genre of music to carry a movie. As Didier explains the bluegrass appeal, “the banjo sort of snarls,” bringing a primal form of energy that even he can’t put into words. It’s also the element that manages to rescue “Broken Circle” from the meandering nature of its structural looseness, which sometimes distracts from a thoroughly involving story. Yet it remains so impeccably performed and imbued with intelligence through the investment of its performers that the eventual tearjerking finale earns its poignancy; the closing minutes mark the strongest instance of a climactic music sequence since “All That Jazz.”

As with “Llewyn Davis,” music represents each character’s melancholic state, though in Llewyn’s case, it also taps into the cyclical nature of his drab existence and the yearning that he feels about each unrealized opportunity in his self-destructive path. However, he finds his solace not unlike the stars of “Broken Circle Breakdown” with a fundamental truth: the prospects of facing irrevocable tragedy and still managing to tap your feet to the rhythm until the bitter end.

HOW WILL IT PLAY? Tribeca Film releases the movie in New York this week ahead of a national expansion. Buzz for the film may help it perform decently in several markets, though it may have a tough time in the awards race given the density of the field.