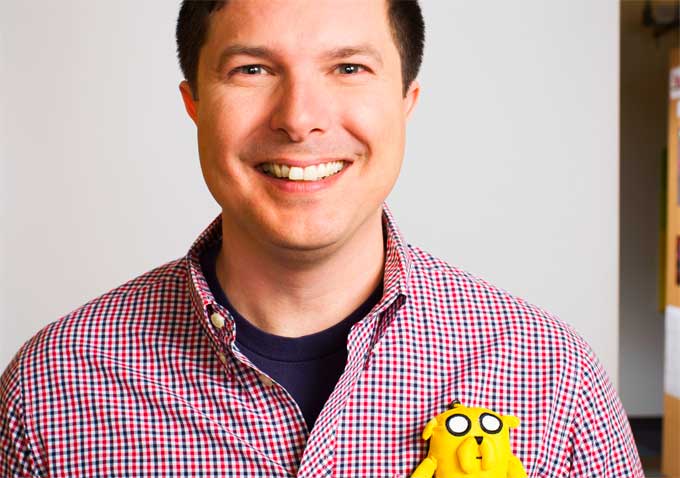 In the two-part finale of last season’s “Adventure Time,” talking dog Jake winds up in an inter-dimensional void hanging out in a hot tub with a shadowy fate-controlling bro named Prismo (voiced by Kumail Nanjiani) while Jake’s pubescent pal Finn battles through an alternate reality on a large flat screen. The contrast between the wacky sci-fi premise and the casual chatter between Jake and Prismo (“Dude, I get out of relationships because I don’t wanna have a discussion about what we’re gonna have for dinner every night!”) epitomized the show’s distinct blend of irreverence and down-to-earth familiarity. But few viewers realized that, in this case, the dialogue wasn’t original.

The Prismo lines were lifted, per the instructions of “Adventure Time” creator Pendleton Ward, straight out of Joe Swanberg’s “Uncle Kent.” The so-called “mumblecore” auteur’s 2011 Sundance dramedy revolves around the travails of a Los Angeles-based fortysomething animator who spends his days smoking pot, chatting online and hanging out with random acquaintances. “Adventure Time” has its fair share of random reference points, but this one had a personal hook: The title character is portrayed by “Adventure Time” storyboard artist, writer and voice director Kent Osborne in a vaguely fictionalized turn. 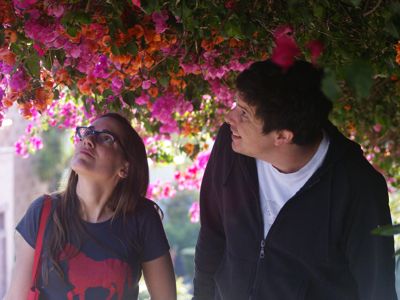 It’s safe to say that the legions of fans that have embraced “Adventure Time” over the course of its five seasons have no idea that Osborne has been showing his face onscreen for years, in microbudget efforts like Swanberg’s “Hannah Takes the Stairs” (opposite Greta Gerwig) and 2011’s “How to Cheat,” among several others.

“It’s weird,” Osborne said during a recent conversation about with Indiewire about his dual career paths at New York Comic Con. “They’re both in separate worlds. It’s rare that if I’m talking about ‘Adventure Time’ with someone, they’d mention Joe Swanberg.”  He added that even “Uncle Kent” contains some fictionalized components. “There’s one scene where I’m drawing a cloud twice and looking to check if it animates,” he said. “But you’d never do that! You’d never redraw the cloud. I do this for a living. It’s crazy.”

Osborne attended acting school in the early ’90s and landed his first gig with a small part in the 1992 Brendan Fraser drama “School Ties,” before eventually collaborating with Rob Schneider on some bits. That led to appearances on TBS’s “Dinner and a Movie” and a brief stint hosting his own movie discussion show, “Movie Lounge.” All of that was a prelude to his real career, writing animation, which kicked into high gear when he spent three years working on “SpongeBob SquarePants” (as well as its feature-length adaptation) and landed several Emmy nominations. From there, Osborne shifted to Cartoon Network, where he worked alongside rising animator Ward, who eventually brought Osborne onboard for “Adventure Time.”

Concurrent with these events, however, Osborne maintained a consistent presence in indie productions. In 2000, he collaborated with his brother Mark (who would eventually work on “SpongeBob” as well before garnering an Oscar nomination for directing “Kung Fu Panda”) on the low-budget satiric drama “Dropping Out,” which premiered at the Sundance Film Festival. He started attending the SXSW Film Festival after starring in the 2004 midnight short film “Day 37.” In 2006, he saw Swanberg’s ensemble drama “LOL” at the festival and befriended the filmmaker.

The rest is history: To date, Osborne has appeared in four Swanberg productions, including “Hannah,” “Kent,” “Art History” and this year’s “All the Light in the Sky.” In these performances, as well as his amusingly sloven turn in Amber Sealey’s “How to Cheat” as a dopey limo driver, Osborne makes the self-deprecating man-children of the Judd Apatow empire look like straight-up gentlemen. His deadpan, ambivalent delivery is matched by a sweet-natured presence epitomized by his goofy grin — not unlike the indelible “Adventure Time” aesthetic in live action form.

“It’s all art, I guess,” Osborne said when considering his variety of projects. “There’s a lot of art I like that no one else likes.” He was caught off-guard by the appeal of “Adventure Time,” particularly after spending so long toiling in relative obscurity. “It was nice to see how popular the pilot was,” he said. “It was like, ‘Oh, good, the world has good taste — or at least taste similar to mine.'”

On animation shows, storyboard artists are the show’s writers by virtue of the visual language necessary to explain each frame. As a result, Osborne plays a substantial role in shaping the bizarre details of many episodes. Asked to cite some of the ones he’s most proud of helping to conceive, he singled out “Holly Jolly Secrets,” the world-altering two-parter involving the backstory of the Ice King (voiced by Tom Kenny, aka SpongeBob), who was initially established as a one-note villain. “Holly Jolly Secrets” reveals his background as a well-meaning archeologist type who was driven mad by the discovery of an ancient crown (which still sits atop his head). Storyboarded by Osborne and Somvilay Xayaphone, “Holly Jolly Secrets” was one of the first installments of the show that pushed beyond the goofy exterior to achieve a deeper edge. 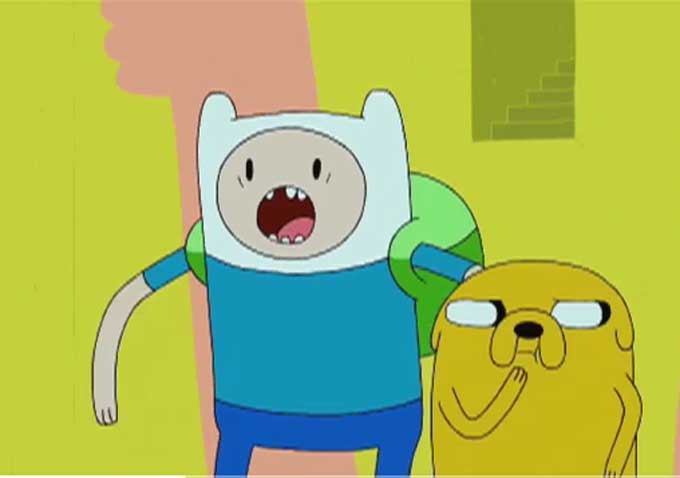 But he’s also drawn to the show’s sillier elements. This past season’s beguiling installment “Time Sandwich” found Jake making quasi-spiritual plans for the world’s greatest sandwich only to have it snatched from his hands by the scheming Magic Man (Kenny again), who yanks it into a bubble where everything moves in slow motion.

Osborne said the cockamamie premise was inspired by a confounding viral video of Paula Deen preparing a sandwich that slows down the process to accentuate the alternately disturbing and cartoonish qualities of her fascination with her task. In “Time Sandwich,” virtually the entire ensemble of “Adventure Time” gets stuck in the slo-mo bubble while attempting to save Jake’s meal. “It’s a crazy story featuring almost all of the regular characters, but the goal is super simple,” Osborne said.

The far-out dimensions of “Adventure Time” have led more than one viewer to speculate about whether its creators rely on illicit substances for inspiration. While Ward has claimed otherwise, one need not look further than the various paraphernalia scattered throughout Osborne’s “Uncle Kent” abode to get a sense for one element fueling his work. “On all the shows I’ve been on, I’m usually the one who’s doing that,” he said. “Everyone else is a teetotaler. But ‘Uncle Kent’ was semi-autobiographical.”

Needless to say, he doesn’t feel that “Adventure Time” fans will get more out of their relationship to the show by exploring his other category of work. “Even my mom hasn’t seen ‘Uncle Kent,'” he said. “I don’t think ‘Adventure Time’ is an adult show. I think it’s for kids and adults like it.”

But there are plenty of adults impacted by Osborne’s output; these days, his influence runs deep. With the show’s popularity unparalleled, he has been placed on contract after he received multiple offers from other networks. But he continues to help other colleagues move on. When “Adventure Time” collaborator Rebecca Sugar was prepping her new program “Steven Universe,” which premieres next week, Osborne provided feedback. In the meantime, he continues to act in micro budget movies, most recently for Lawrence Michael Levine (“Gabby on the Roof in July”), whose third feature “Wild Canaries” was recently submitted to the Sundance Film Festival.

However, he claimed to have no motivation to strike out on his own. “I love it here,” he said. “I don’t want to leave. I’ll move on eventually, I guess.” Then, in true “Adventure Time” form, he rounded off the serious assessment with a punchline. “I just want to eat cheese pizza for the rest of my life,” he said.