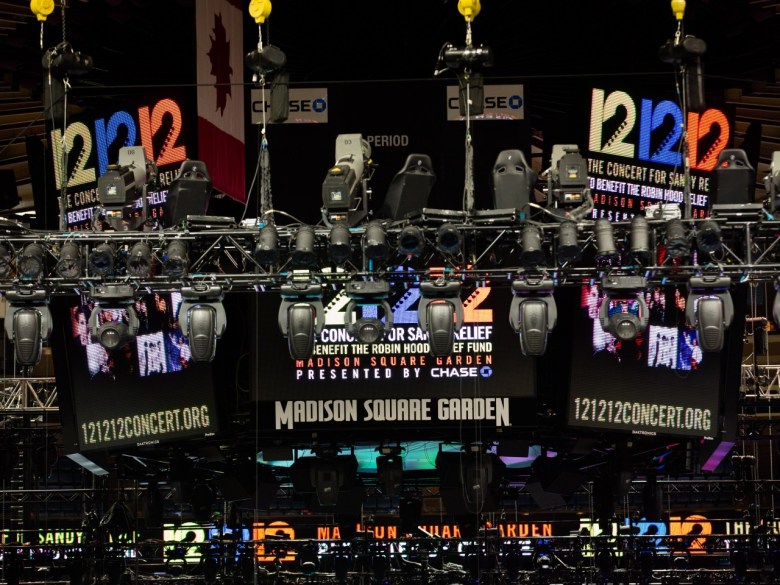 The Weinstein Company announced that they will be releasing their benefit concert documentary “12-12-12” in New York and Los Angeles theaters on Friday, November 1st. The documentary goes behind the scenes at the concert which took place at Madison Square Garden on December 12th, 2012. Collectively, the talent featured in the documentary helped to raise over $50 million in one night for the Robin Hood Hurricane Sandy Relief Fund.

The Robin Hood Hurricane Sandy Relief Fund, founded in 1988, has focused on funding programs and schools that generate meaningful results for families in New York’s poorest neighborhoods. All of the box office profits from the documentary’s theatrical run will go to the Robin Hood Sandy Relief Fund.

“Robin Hood is honored to have been involved with the ’12-12-12′ Concert for Sandy Relief,” said David Saltzman, Executive Director of Robin Hood. “Thanks to the amazing generosity of the producers, the artists and more than 290,000 caring viewers from around the world, Robin Hood was able to make grants to 390 organizations in the try-state area that are helping victims of the storm to rebuild and recover.”

Victoria Parker was the executive in charge of the project at TWC and Paul McCartney and Scott Roger are executive producers of the film, which recently held its world premiere at the 2013 Toronto International Film Festival. The televised concert, “12-12-12: The Concert for Sandy Relief,” was also nominated for a 65th Annual Primetime Emmy Award.

TWC will hold a New York premiere screening of “12-12-12” on October 28th, which marks the one-year anniversary of Hurricane Sandy. The screening will take place at New York City’s renowned Ziegfeld Theater. Those affected by the storm as well as many performers featured in the film will be in attendance.

This Article is related to: News and tagged Acquisitions, Harvey Weinstein, Hurricane Sandy, The Weinstein Company