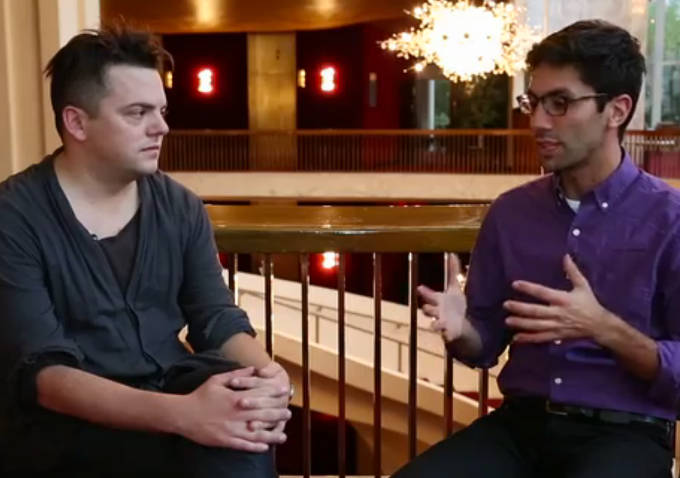 The Wall Street Journal has made possible the odd coupling, seen below, of Nev Schulman, the “Catfish” documentary subject turned “Catfish” host, and Nico Muhly, the composer and Björk and Philip Glass collaborator whose opera, “Two Boys,” premiered at the Metropolitan Opera last night. The pair happen to both have created works dealing with faked online identities — Schulman as a part of the Sundance doc and subsequent MTV series that spawned a neologism when the Manti Te’o story broke big, and Muhly as the musical force behind an opera about the stabbing of one teenage boy by another in a story involving posing as someone other than yourself in a chat room. In their conversation, Schulman stresses wanting to help people find closure, while Muhly claims these stories are more interesting when you’re in the middle of them. Most interestingly, the two agree that both parties have to be complicit for catfishing to work — as Muhly puts it, “a part of you does know, and you keep it going anyway.”