Why Is Bollywood Such a Powerful Industry? Mumbai Provides An Answer 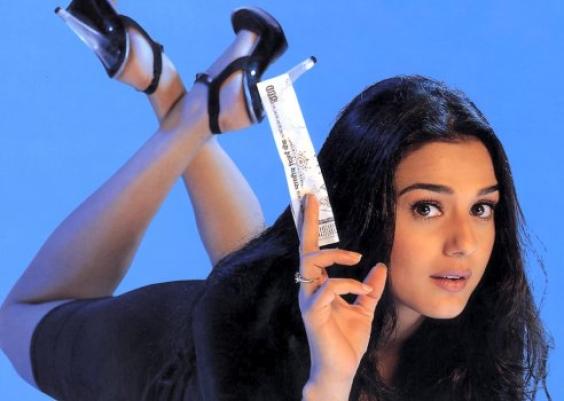 Mumbai, India’s entertainment capital and home to Bollywood, is one of the most prolific centers of film production in the world. Yet there are so many misconceptions about the industry in the minds of even hardcore cinephiles that before describing what is Bollywood, it becomes an imperative to describe what is not Bollywood.

Bollywood is not a name for the Indian filmmaking industry; it is a name for the country’s Hindi film industry. Films are made in various other languages in India, and each language’s industry carries its own name (such as “Tollywood” and “Kollywood”).

Claims are often made that Bollywood is the biggest filmmaking industry in the world, which is incorrect. The Indian film industry is the biggest in the world, with the American counterpart placing third — behind Nollywood, Nigeria’s equivalent. According to India’s censor board, more than 1600 films were produced in the country in 2012. Even in India, Bollywood is not the biggest industry in terms of output. Last year, more films were produced in Tamil (262) and Telugu (256) than in Hindi (221).

Nevertheless, when it comes to global presence, box-office sales and far-reaching influence, Bollywood’s might exceeds that of India’s other film industries, and Mumbai’s of other cities. To understand the true scale of this dominance, it is useful to look at the past and present of Mumbai.

Mumbai has long been one of India’s foremost centers for arts and culture, being one of the biggest sites of the country’s theater scene in the 19th and early-20th centuries. However, the reach of theater was limited in India in that era, and still is. The limited mobility of the performers — and their acts with them — ensured theater was never a mass phenomenon. Literature was handicapped in trying to penetrate the populace too; the high rate of illiteracy combined with segmentation of the few literates into different languages meant it was hard for a book or novel to serve as a binding fabric.

Thus, cinema — not bound by the constraints of mobility or literacy — reached and satisfied the Indian public in a way no prior medium had. From that time to today, cinema has been the most popular platform of mass media in the country.

READ MORE: 10 Things You Should Know About Indian Cinema

Earliest Indian cinema was heavily influenced and created by artists in Parsi theatre, who were based in Mumbai. Parsi plays blended realism with fantasy, music with dance, narrative with spectacle and dialogue with stage presentation — an approach echoed by the earliest Indian films too. Consequently, Mumbai became the base of several filmmakers and studios, and it remains that way today. 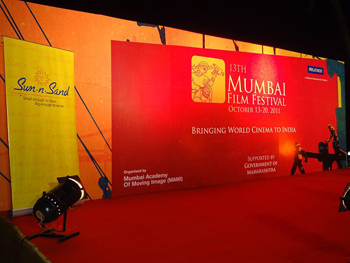 Along with being India’s most populous city, Mumbai is also its wealthiest. The city is the hotbed of so many sectors in India that it simultaneously serves as the setting for various stories that would entail different locations in, say, the U.S. The city hosts India’s stock market and its entertainment industry; it’s also a haven for the mafia, meaning that has the potential to serve as an Indian Wall Street, Los Angeles and Chicago.

Many regions of India are marked by the overwhelming presence of one community or language. Kolkata, which gave the world Satyajit Ray, is notable for the predominance of the Bengali language and culture in it. Meanwhile, Mumbai is an exception in its cosmopolitan nature: the city is a true melting pot of cultures and languages. Only Delhi, the country’s capital, is comparable in its diversity. This prevalence of multiple societies adds to the storytelling potential of the city: A story about almost every community can be told with a Mumbai setting.

The recently concluded 15th Mumbai Film Festival paid homage to this with a section titled “Dimensions Mumbai,” a category that invited short films shot and set in the city. “Mumbai is a city of dreams,” said Sameer Nerkar, whose short “The Handicapped Colony” won a Special Mention from the jury. “You have lot of territory to explore for films and subjects.”

This universal nature of Bollywood has a certain “homeless” flipside to it, too. Mumbai is the capital of Maharashtra, a Marathi-language state, and the state’s government offers patronage only to the Marathi film industry. Bollywood is thus different from many other Indian film industries because it is not offered protection by any state government.

However, financing in Bollywood has never been a problem, for better or worse. In the past, banks and financial institutions were not allowed to invest in the Indian film industry, because the government didn’t recognize it as an “industry” in the first place. Records of the mafia (called “Underworld” in the country) and other shady sources pouring money into the industry have been corroborated on various occasions. In 2001, the Central Bureau of Investigation (India’s version of the FBI) seized all prints of the movie “Chori Chori Chupke Chupke” because members of Mumbai’s underworld had funded it.

This scenario precluded global financiers and studios from entering production in India until 2001, when cinema was accorded industry status. Today, every major American studio — from Walt Disney to 20th Century Fox — has a presence in India, either by itself or via partnership. This has been a two-way exchange: the Mumbai-based Reliance group is now the parent company of Steven Spielberg’s DreamWorks. Post 2001, the budgets of films have increased, as have the frequency of their worldwide releases and the scale of their grosses.

With no party, Indian or otherwise, displaying signs of backing out in the near future, the country’s film industry will continue to play a larger part on the global cinematic map. Concomitantly, Bollywood and Mumbai will grow in influence and presence as well.