Why You Need to Start Paying Attention to Irish Cinema 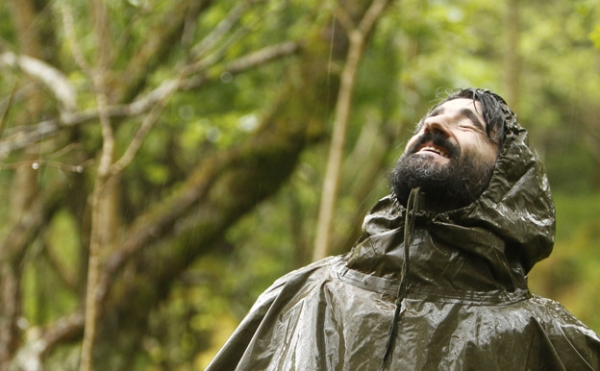 It’s no real surprise that Mark O’Connor’s self-proclaimed “manifesto” for Irish film, unveiled in July 2012 before the premiere of his film “Stalker” at the Galway Film Fleadh, hasn’t had quite the same sweeping effect as comparable polemics like Lars von Trier and Thomas Vinterberg’s Dogme ’95 document. Yet this “call to arms” for an Irish New Wave is, if perhaps a rather crassly reactionary effort to incite change, indicative at least of the groundswell of passion prominent among the nation’s emerging young filmmakers. This is a time, as O’Connor writes in his manifesto, “more exciting than anything that came before” for Irish cinema — a reality to which the six movies that comprise the third annual Irish Film New York festival (October 4 – 6 at the Cantor Film Center) attest.

Its title a play on the “Celtic Tiger,” the nickname accorded the Irish economic boom that began in the mid-’90s and showed signs of decline in the early years of the new century, John Boorman’s 2006 film “The Tiger’s Tail” at once recognized the impending catastrophe of economic crisis and, by way of its own significant failings, the unsuitability of the old guard of Irish filmmakers to reflect on and respond to the vast social shifts about to take place. Much like the economic fallout of the financial crash, it has been left to the country’s youth to address these new issues by way of its culture, to find in its cinema a perspective on this chaotic present.

That idea that the old stalwarts of Irish cinema — the likes of Neil Jordan and Jim Sheridan, whose commercial and critical success overseas saw the Irish Film Board reconstituted in 1993 — are unfit to face the challenges now posed to Irish cinema is an interesting extension of the crisis of paternity the country faces. That concept of a young generation saddled with the legacy of its forebears finds fascinating expression in a proliferation of films that feature ailing or absent fathers, from “Stella Days” and “My Brothers” to “The Runway” and “Pilgrim Hill.”

If nothing else, this narrative recurrence is indicative of the nation’s new movies’ prominent obsession with the idea of Irish identity. “Silence” and “Made in Belfast,” two of IFNY’s strongest offerings, both concern Irishmen returning to their birthplace from new homes on foreign shores (prompted, in the latter case, by — you guessed it — a dying father). There’s a prevailing sense in the country’s cinema not just of being to some extent orphaned, but also of needing to rediscover what it means to be Irish, to return to the roots and be reminded of the essence of Irish identity.

That’s the integral concern, equally, of “The Gathering,” an Irish cultural initiative operating throughout 2013 that partners in this edition of IFNY and stands as a stark reminder of the Irish diaspora, that wide spread of the population that came about as a consequence of the late-19th century famine that left the country crippled. Yet it also left Ireland with an open invitation to almost every corner of the globe, presenting the now-ailing film industry, its funding decimated along with all other areas of public expenditure, with plentiful opportunity for oversees collaboration. EU initiatives aplenty have seen co-productions grow exponentially across the last decade, allowing Irish cinema to expand into other territories while retaining the essence of its Irishness.

Prompted by the cross-cultural success of films like “Once” and “The Guard” in recent times, together with genre films “Grabbers” and “Citadel” in just the last year, IFNY this year hosts a panel on American financing of Irish films in the hopes of uncovering funding models that will allow for the creation of movies that cater to the prominent Irish-American audience. Between the regular migration of Irish talent to Hollywood, the country’s frequent nominations of late in the Oscar’s short film categories, and the successes of such co-funded mutual interest documentaries as the IFNY-screened “When Ali Came to Ireland” and John G. Morris biography “Get the Picture,” there’s every reason to imagine a favorable forecast for the future.

Like the influential Italian cinema that rose from the ashes of the country’s grim post-war prospects, this modern surge in Irish filmmaking comes not in spite of the nation’s circumstances, but because of them: the market’s crash is the movies’ boom. Gone is the complacency of films freely funded in high times, replaced instead by eager new artists who, on a playing field made even by the democratization of digital media, echo the aesthetic of the erstwhile underground. These new talents, all those named in O’Connor’s manifesto and more like Lenny Abrahamson and Pat Collins besides, have brought to the fore a cinematic artistry formerly relegated to the sidelines. This Irish cinema is less a sudden new wave than a steadily rising tide; IFNY, continuing to bring the best examples to bear, is a reminder that it’s time to start dipping our toes.

This Article is related to: Reviews and tagged Ireland, Jim Sheridan, Neil Jordan, Once, Silence, The Guard