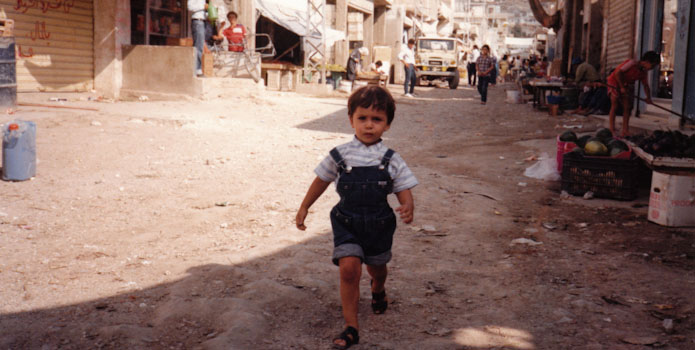 DOC NYC has awarded the grand jury prize in the festival’s Viewfinders Competition to director Mahdi Fleifel’s for “A World Not Ours” and to David L. Lewis’ “The Pleasures of Being Out of Step” in the Metropolis Competition.

“A World Not Ours” paints a portrait of collective dispossession and uncertain identity in the Palestinian refugee camp of Ein el-Helweh in Southern Lebanon. The film uses personal and historical archives to chronicle Fleifel’s personal association with the phenomenon in the context of a wider socio-political isse. In honoring “A World Not Ours” with the award the Jury declared that, “Director Mahdi Fleifel has drawn on his family’s home movies, archival footage, and his own extensive video diaries to invite us into a world completely unfamiliar to most viewers, and one from which most residents cannot leave. Unlike his friends and family who have spent decades living in the camp, Fleifel is free to come and go – but his portrayal of the world of the camp stayed with us long after his film ended.”

“The Pleasures of Being Out of Step” follows jazz critic and civil libertarian Nat Hentoff through the great current of cultural and political change that swept the United States in the last 65 years. Through a combination of jazz music, archival footage and interviews, Lewis tells a story of that unlikely intimate relationship between jazz and free speech. “Nat Hentoff epitomizes the spirit of New York: an outsider, an underdog, an intellectual and iconoclast. ‘The Pleasures Of Being Out of Step’ draws a fascinating portrait of a gifted jazz critic, linking the dissonances and syncopation of an American art form with the right to free speech,” The Metropolis Competition jury remarked on its decision.

Finally in DOC NYC’s Shorts Competition the Grand Jury Prize was awarded to Kelly O’Brien’s “Softening” on the heartfelt yet challenging relationship between the filmmaker and her disabled son. In addition to celebrating the latest film successes, DOC NYC delighted at the fact of a 25% increase in attendance from last year (which this year boasted in its ranks special guests Oliver Stone, Michel Gondry, Michael Moore, Noam Chomsky and others) and a general expansion that has seen 132 films and events grace the festival’s schedule.

For more on the festival, which began on November 11 and concludes today, click here.