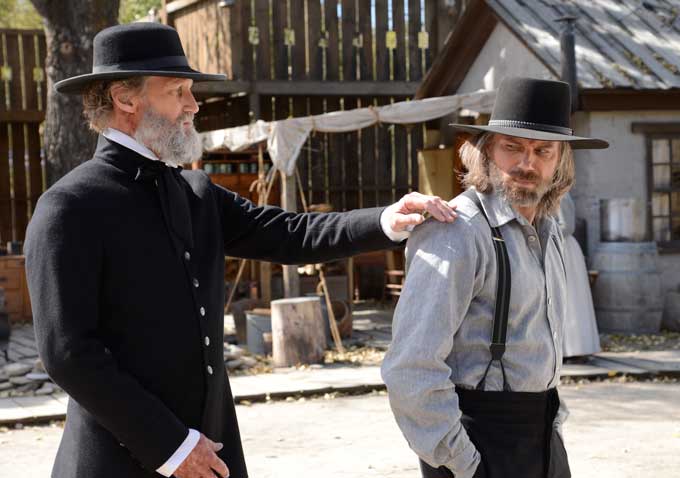 AMC announced today that it has renewed its Western drama series “Hell on Wheels” for an expanded fourth season.

Set in the 1860s, “Hell on Wheels” stars Anson Mount and centers on the chaotic, violent dynamics of a settlement near the First Transcontinental Railroad. Unlike its previous three seasons, season four of “Hell on Wheels” will feature 13 instead of 10 episodes. Having attracted an average audience of 3.3 million viewers in its third season, the show’s return isn’t a big surprise, especially when you take into account the recent canceling of “The Killing” and the fact that cop series “Low Winter Sun” failed to attract an audience.

“John Wirth and his team on both sides of the camera delivered a remarkable third season and ‘Hell on Wheels’ fans responded. We are so proud of this show and congratulate everyone who has contributed to its success,” said AMC president Charlie Collier. “AMC has served passionate Western fans for three decades, so it is particularly gratifying to see these viewers capping off their Saturdays with an original Western on what has historically been a tough night of the week for television.”

“Hell on Wheels” is executive produced by showrunner John Wirth and will return with its fourth season next summer.

This Article is related to: Television and tagged AMC, Hell on Wheels, Television, TV News