Attention, Documentary Filmmakers: Here Are 9 Tips for Finding and Securing the Archival Material You Need 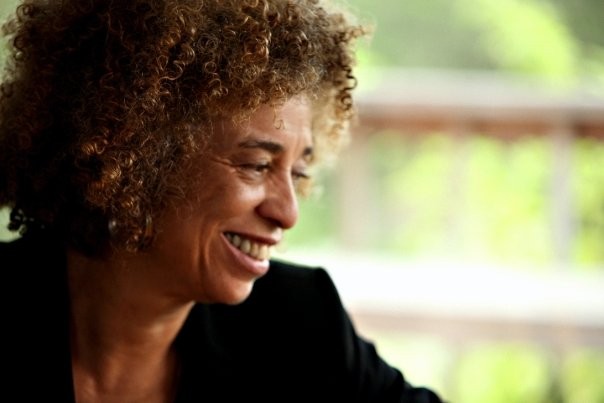 Finding the right archival material for your documentary can be an enormous and daunting undertaking — one that, if you don’t go about it the right way, may not pay off. Panelists on the “Dig Into Archives” panel at DOC NYC yesterday highlighted the most important things to keep in mind when researching and trying to secure the rights to archival material.

The panelists included Frank Keraudren, co-director, “The Dog,” Shola Lynch, director, “Free Angela and all Political Prisoners,” Tom Jennings, director, “MLK: The Assassination Tapes” and Scott Norman, content manager, NBC News Archives. Judith Aley, who has worked as an archival researcher on “When the Levees Broke,” “Sicko” and “The Tillman Story,” among other documentaries, moderated.

“Free Angela Davis” tells the story of how Angela Davis’ radical political stance wrongly implicated her in a kidnapping attempt and landed her on the FBI’s “Ten Most Wanted” list. The final running time of the film is 101 minutes and Lynch estimated that archival footage accounted for more than half of it.

Jennings spoke of the challenges he had securing rights to archival footage, which he deemed essential to the story. His documentary, “MLK: The Assassination Tapes, which was commissioned by The Smithsonian Channel, features no interviews and no narration and is entirely reliant on archival footage.

“The Dog,” a documentary portrait of the late John Wojtowicz, whose attempted robbery of a Brooklyn bank to finance his male lover’s sex-reassignment surgery inspired “Dog Day Afternoon,” was obviously very reliant on archival footage of the actual robbery. There was a seemingly endless supply of potentially relevant footage capturing social, economic, political and cultural attitudes at the time, including the burgeoning gay rights movement.

“If you know what your film is about and it is a very broad topic, you’re going to have a lot of footage. You have to figure out
which stories you’re going to tell,” said Keraudren, who later added that they ultimately used about 250 stills and footage from “just about
every archive.”

9 Tips for Finding and Securing the Archive Material You Want

“Everything is being pulled from the web and then, under deadline pressure, [filmmakers] are trying to find out who owns it. Usually, those filmmakers end up having to hire a very experienced research clearance person to try to sort out things. There’s a way to work with things from the internet, but it’s the wrong approach to take everything as placeholders and then at the very end, under a time crunch, try to figure out how it’s all going to be licensed.” — Scott Norman

“Do not make a movie by going on YouTube and thinking ‘I’ll sort it out later.’ It’s going to end up costing you so much, it’s not even funny.” — Frank Keraudren

“The internet is dangerous because you can fall in love with something and then you have to say goodbye to it.” — Tom Jennings

“Find stuff by getting in touch with the right people and doing detective work. You never know what you may or may not find. That’s the stuff that makes a documentary completely incredible.” — Frank Keraudren

“We started asking questions to people who might know and to people who were around at that period, ‘do you know anyone who has any footage?'” — Tom Jennings

“Look at the licenses early in the process and understand what you can and cannot get.” — Judith Aley

“Fair use is no panacea.” — Shola Lynch

“You can’t just think ‘if I have the footage, somewhere, somehow, I’m going to be able to ‘fair use’ it if nobody wants to sell it to me. That’s not necessarily the case.” — Frank Keraudren

5. You never know what you may find — and not everything is labeled accurately.

“Even in a major news archive, you have to be prepared to do some digging and view quite a lot of footage. Just because something isn’t listed doesn’t mean that it may not be somewhere in the footage.” — Scott Norman

“You’d be amazed by how many stories are shelved on tape that will never see the light of day unless someone is willing to go through them.” — Tom Jennings

“Nobody knew that Bobby Seal was going to be so important next month, so he might be labeled as ‘black man talking.” — Judith Aley

6. Be aware of different formats.

“Not all archival footage is created equal. You’ve got all these different formats. It’s a collage in post. There’s the expense of uniforming and figuring out your archival look. That’s also a cost. I warn you: Beware of ‘fix it in post.'” — Shola Lynch

“A lot of the archives may be selling educational films which are public domain. If you can get them, you can use them.” — Frank Keraudren

8. Get quotes upfront but negotiate.

“Get quotes from the beginning. If you’re making an independent film [rather than a commissioned documentary], you probably want to get quotes for festival license, US broadcast and worldwide rights.” — Frank Keraudren

“If you know you’re going to use a lot of material, you want to have those discussions with an archive upfront where you can work out some kind of preferred pricing if you’re going to use five or 10 minutes. That will help, in the long run, save you money throughout.” — Scott Norman

“Keep in mind that your project might take years to make and rates change over time. My budget was originally based on my idea of archive prices eight years ago. In those eight years, there was a tremendous shift in the cost for licensing.” — Shola Lynch

“With bigger archives, ask about a volume discount.” — Frank Keraudren

9. Get help from archivists.

“You’ll find at the archives people who have worked with footage for years and who may be able to help you find stuff.” — Judith Aley

“It’s important to have relationships with the people at the archives.” — Shola Lynch

“I would recommend hiring someone who knows archives very
well and can handle the licensing… There are people out there who can do
wonders.” — Frank Keraudren