How I Won Canon's Project Imaginat10n Contest: For 'Here and Now' Director Julian Higgins, It's All Thanks to His Actress, Abigail Spencer 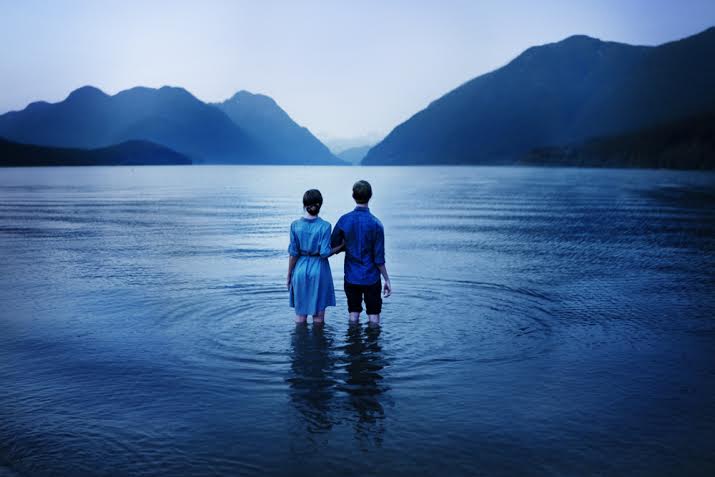 [Editor’s Note: All filmmakers want
to be noticed and contests are one way to make that happen. But what
does it take to make a film that wins? This is part of a series of five
articles that profile the winning directors of Canon’s Project
Imaginat10n and how they created their incredible short films. To learn
more about Project Imagination, please go HERE.]

If it weren’t for Julian Higgins’ lead actress, his film short “Here and Now” would have never been made or gone on to become one of the winning films in Canon’s Project Imaginat10n film contest.

“It’s all about the personal relationships,” Higgins explained. Through his cinematographer friend, Andrew Wheeler (who would go on to shoot “Here and Now”), Higgins was put in touch with Josh Pence (“The Social Network,” “The Dark Knight Rises”), the lead actor in the short, who, in turn, introduced him to actress Abigail Spencer (“Rectify,” “Mad Men”). As it turns out, Spencer was the one to hear about the contest.

“We’d been thinking about collaborating on a feature,” Higgins said. “A short [film] was a great chance for us to get creative together and put something under our belts.”

The end result is a project Higgins deems “totally personal.”

The Short Film’s Official Synopsis: A young married couple contemplates the future of their strained relationship, reflecting back on the times when they were most in love.

How They Won the Contest: “Our game plan was to make the film as personal and specific as possible,” Higgins said. “My feeling about film is the more specific the storytelling is, the more accessible the film is.”

“When you see filmmakers who really put their heart and soul on the screen, that’s more identifiable for a big audience. Our plan was to make ourselves happy with the project. We just wanted to make it meaningful to us.”

Advice to Filmmakers: “Don’t think about winning the contest,” Higgins said.”The goal is to make a film you’re really proud of. Only those films go on to win.”

What They Shot On: The filmmakers opted to go old school and shoot on 16mm. “The format felt like the right choice for the material and the project,” Higgins explained.

Indiewire has partnered with Canon’s Project Imaginat10n, the first film festival inspired by your photos.