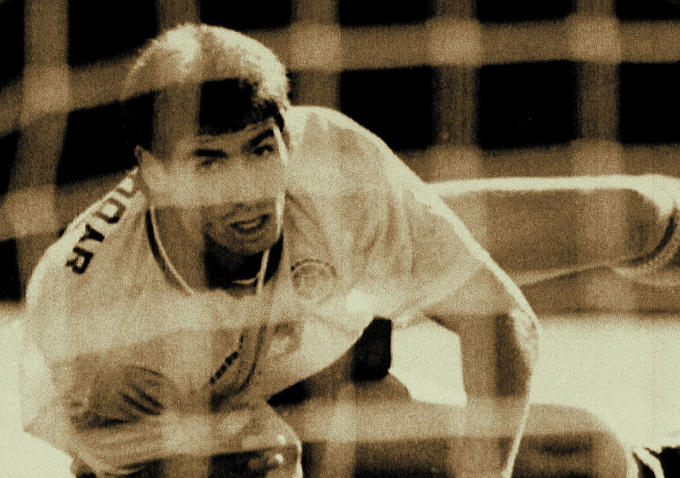 Jeff and Michael Zimbalist’s “The Two Escobars” was one of the best films from the first round of ESPN’s “30 for 30” documentary series, not to mention a hit on the fest circuit, playing Tribeca, Cannes and the Los Angeles Film Festival. The doc explored how the lives and deaths of Columbian soccer player Andrés Escobar and drug lord Pablo Escobar were intertwined.

The brothers are currently working on “Pele,” a biopic of the Brazilian soccer legend that they co-wrote and directed, but they’ve also maintained their relationship with ESPN, co-directing the first “30 for 30” short “Arnold’s Blueprint,” as well as “Youngstown Boys,” which it was announced today will be the next feature-length film in the series to air.

“Youngstown Boys,” slated to premiere Saturday, December 14th at 9pm after the Heisman Trophy Presentation, is a look at the class and power dynamics in college sports as told through the stories of one-time dynamic running back Maurice Clarett and former elite head coach Jim Tressel. Both men are from working-class Youngstown, Ohio, and came together at Ohio State University in 2002 for a season that included the first national football championship for the school in over three decades. Clarett was suspended from college football shortly after and spiraled downwards until he ended up in prison, while Tressel’s career at the university ended in a scandal eight years later. The film includes interviews with both, as well as Pro Football Hall of Famer Jim Brown and former Ohio State QB Craig Krenzel.

“At its core, the story of Maurice Clarett and Jim Tressel is about fathers and sons,” explains Jeff Zimbalist. “In addition to their record-breaking exploits on the playing field and involvement in two of college football’s biggest backroom scandals, we were drawn to the layered saga of ‘The Senator’ and ‘The Beast’ because it transcends sport. In examining the interconnected rise and downfall of these two men from opposite sides of the Youngstown tracks, we discovered the deep role that family plays in any quest for greatness.”