Review: Spike Lee's Bloody, Eccentric 'Oldboy' Remake Is His Most Entertaining Movie Since 'Inside Man' 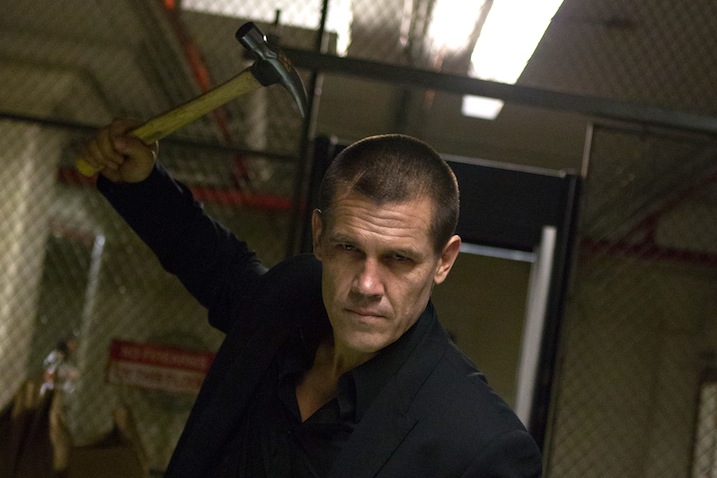 The opening of Spike Lee’s “Oldboy,” an appropriately unsettling and violent treatment of Japanese manga and the 2003 Park Chan-wook movie of the same name, announces “A Spike Lee Film.” Anyone familiar with Lee’s work knows that the majority of his projects carry the “Spike Lee Joint” moniker, and its absence would indicate a lesser example of his trademark style. Indeed, “Oldboy” contains no vivid commentaries on race in America, although it certainly offers up the lively, aggressive characteristics of his best filmmaking efforts — only in this case in the service of pure shock value.

The outcome is a capable riff on Park’s more innovative original that only tweaks a handful of noteworthy ingredients. Lee has characterized his take on the material as a “reinterpretation” rather than a remake, although it might be more aptly described as a remix — like a Spike Lee join slammed head-first into a Park Chan-wook one. The resulting explosion is unquestionably a wild ride.

The fundamental setup of the original remains intact, with a cold-blooded businessman, here named Joe Doucett (Josh Brolin), drugged and placed captive in a bland room for 20 years. Restricted to receiving news of the outside world from a single TV set, he learns that his ex-wife has been raped and murdered, leaving his only child to grow up with foster parents. Joe spends the two decades of solitude kicking his hard drinking habit and bulking up by watching martial arts shows before one day, he’s abruptly released. After befriending kindhearted social worker Marie (Elizabeth Olsen) and reconnecting with old childhood buddy Chucky (Michael Imperioli), he comes face to face with his chillingly muted captor (Sharlto Copley) and receives an ultimatum: figure out why he put Joe away for so long in the next 48 hours or his daughter gets it.

By the time “Oldboy” arrives at this set-up, it has already deviated from Park’s version with a few subtle distinctions — the particularities of Joe’s release and his meeting with Marie — but the new movie also quickly realizes the same factors that turned “Oldboy” into such a twisted action-drama. Joe’s newly acquired fighting skills mean that he can easily disperse a handful of thugs with a few well-placed maneuvers, and he’s only free for about a minute before we witness the first of several fight scenes containing the same crackling intensity of the original.

It’s quickly evident that Lee, aided by Mark Protosevich’s screenplay, has borrowed the high points of Park’s movie to construct a different kind of revenge story, one that finds him advancing similar ideas involving the confrontation of personal demons with an ultimately more Christian tale of redemption at its core.

Setting aside its ideological intentions, however, “Oldboy” capably services the visceral elements of the original, particularly once Joe gets released. An extensive long take in which the strongman battles hordes upon hordes of villains in the warehouse where he used to reside practically looks like a cut and paste version of its previous iteration, which isn’t a problem: It’s a fun, outlandish bit no matter who’s throwing the punches.

But more than that, it also operates as a handy gateway to the fusion of Lee and Park’s visions. “Inside Man,” the last Lee project with a current of escapism cutting through its weightier aspects, peppered a fairly routine heist drama with outlandishly entertaining characters. “Oldboy” provides a similar opportunity to inject irreverence into a preexisting mold, in this case with a form of chaotic tangents and a confrontational style that frees it from the self-serious ideas at the root of the story. 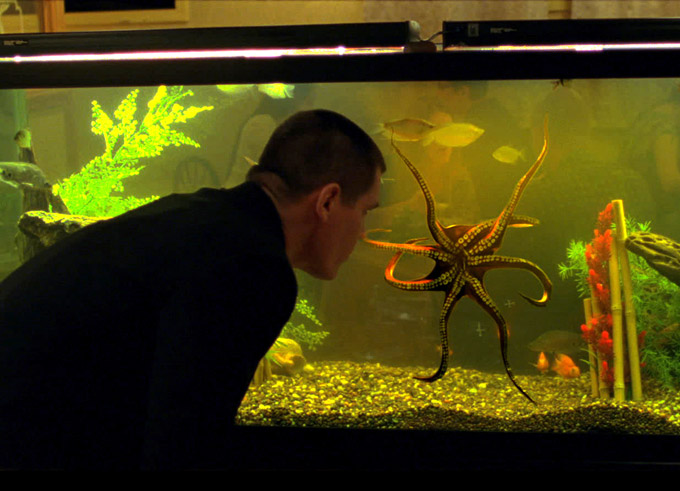 Among its eccentric asides, Lee’s “Oldboy” offers none greater than Samuel L. Jackson, the scowling loudmouth hired to keep Joe in captivity who later faces the freed man’s fury — and naturally runs his mouth as only Jackson can (among the handful of entries in the ever-growing SLJ canon of “motherfucker” outbursts, the one that stands out here is, “I swear on god and eight motherfucking white people!,” which marks the only overt racial aside in the whole movie). Jackson’s ridiculous presence gives “Oldboy” an elevated weirdness that’s out of sync with some of the more traditional developments, but it’s supremely enjoyable to watch Lee’s sensibilities invade an otherwise familiar plot.

In fact, when “Oldboy” gets serious, it loses the grindhouse edge that makes it so confidently fierce. Cutaways of media coverage during Joe’s incarceration are meant to show the passage of time, but the use of 9/11 and Hurricane Katrina imagery are a little too obvious, as if Lee were raising his eyebrows at the audience. Copley’s eerie personality is even wackier than Jackson’s, while Olsen and Brolin play their characters straight; the dissonance of cartoonishness and gritty realism never fully resolves itself.

However, “Oldboy” fully testifies to Lee’s talent for infusing virtuoso direction with attitude even when the polemics take a backseat. Cinematographer Sean Bobbit brings the same murky, ominous quality to the shadowy city where Joe wanders aimlessly in search of the reason for his suffering — a sequence in which he gets intoxicated is brilliantly disorienting — and the ultimate twists contain a vivid overstatement that gives their bleak ingredients a uniquely expressionistic quality. (To some degree, they actually mirror the revelations in Lee’s uneven “Red Hook Summer,” but in this case their abrupt arrival fits with the off-kilter material.)

It’s been so long since Lee made such a thoroughly amusing work that fans should have no problem excusing its messiness. But make no mistake: Initially running three hours before the studio made Lee cut it down to 100 minutes, “Oldboy” is all over the place, sometimes playing like a subdued melodrama and elsewhere erupting into flamboyance and gore. The final product is a mature work at war with sophomoric asides, or maybe a sophomoric work at war with its gravitas. Lee can’t really decide, but there’s no doubting the satisfactory qualities of the movie’s bloody extremes as it careens toward an impressively dreadful climax. “Oldboy” might not be a Spike Lee joint, but it’s certainly a Spike Lee assault.

HOW WILL IT PLAY? Opening tomorrow ahead of the long holiday weekend, “Oldboy” may have trouble remaining at the top of the box office in the coming weeks as Christmas movie season settles in, but could perform decently due to its genre appeal in the next few days.