Watch: How 'Tim's Vermeer' Filmmakers Determined a Runtime With 2400 Hours of Footage 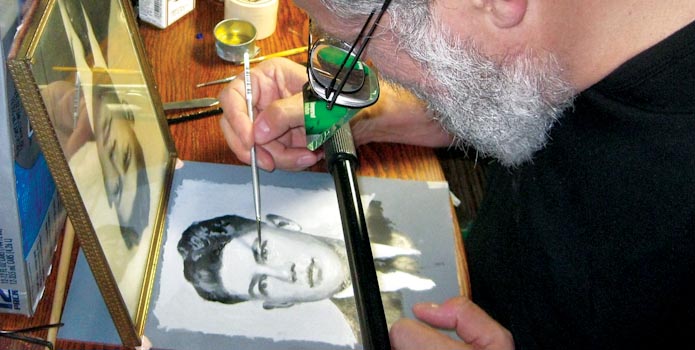 Tim Jenison is a man who likes to figure out how things work. As the founder of the San Antonio-based hardware and software company NewTek, Inc., Tim is excited by the idea of digging deep to discover the parts that make up the whole. After receiving a copy of David Hockney’s “Secret Knowledge: Rediscovering the Lost Techniques of the Old Masters” from his daughter, Tim became obsessed with determining how Johannes Vermeer’s paintings could possibly be so photorealist. His theory, somewhat of an offshoot of Hockneys, contends that Vermeer used optics to guide his brush. After several experiments, the invention of a mirrored device, and the creation of a life-size replica of the scene depicted in Vermeer’s “The Music Lesson,” Tim Jenison set about recreating his very own Vermeer.

Between the interviews with key people in Tim’s life, his visit to Holland for research, and the hundreds of days put into building the studio and working on the painting, the filmmakers and Tim collected over 2400 hours of footage. This was eventually whittled down into the 80 minute documentary “Tim’s Vermeer,” directed by the oft-silent half of Penn & Teller. Famously known for their magic act as well as their skepticism, Tim’s story was a natural fit for this pair, who uses the film and Tim’s project to ask if there really is a concrete distinction between an inventor and a painter.

“Tim’s Vermeer” screened Tuesday, November 5 at the Landmark in Los Angeles as a part of the IDA Documentary Screening Series. Producer Farley Ziegler told Criticwire’s Steve Greene that it was more important to carve out a story than to strive for a particular runtime.

Katharine Relth is the Digital Content Producer for IDA News.

Learn more about the other docs set to play in the IDA Documentary Screening Series.