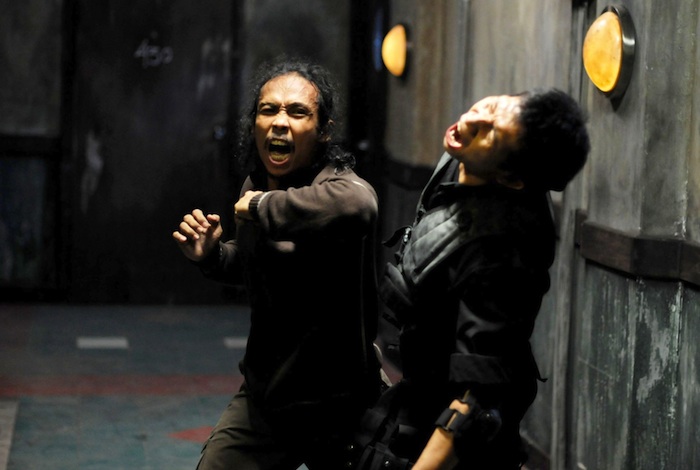 When it premiered at Toronto back in 2011, the Indonesian action flick “The Raid: Redemption” instantly gained attention for its skillfully executed and dizzyingly immersive extended sequences of choreographed martial arts mayhem. The film would go on to receive a successful domestic release in 2012 as well as widespread chatter of a planned American remake that is still trying to come to fruition. The trailer for the sequel, entitled “The Raid 2: Berandal,” has just been released online, and it looks to continue the nonstop action started by the first film.
Writer/director Gareth Evans returns for this second installment, whose plot has yet to be revealed but is said to take place almost immediately after the first film’s ending. That being said, the particulars of the script should take a backseat anyway, as the clip showcases brief teases of an array of thrilling, fist-pummeling fights and shadowy, sunglass-sporting characters. Rather than being confined to the claustrophobic tenement building in the first film, “The Raid 2: Berandal” looks set to operate on a more epic scale.
“The Raid 2: Berandal” comes out in 2014.

This Article is related to: News and tagged Gareth Evans, The Raid 2: Berandal, The Raid: Redemption, Trailers