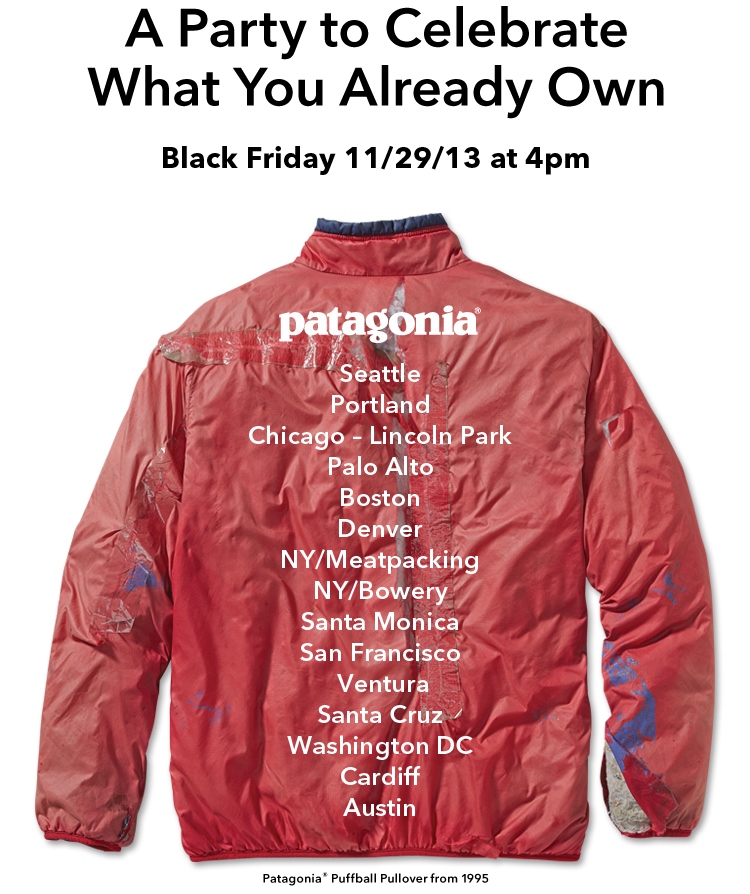 Patagonia doesn’t want you to go shopping for new clothing on Black Friday. Instead, you should celebrate the clothes that you already have. The outdoorsy clothing company has produced “Worn Wear,” a short film featuring rugged individualists who do cool things like run organic farms, surf in Baja, Mexico, go long distant hiking and harvest make syrup all to a soothing soundtrack.

Directed by Keith, Lauren, Chris, and Dan Malloy, “Worn Wear” is “an exploration of quality — in the things we own and the lives we live. This short film takes you to an off-the-grid surf camp in Baja, Mexico; a family’s maple syrup harvest in Contoocook, New Hampshire; an organic farm in Ojai, California; and into the lives of a champion skier, a National Geographic photographer, and a legendary alpinist. It also features exclusive interviews with Patagonia founder Yvon Chouinard. Released as an antidote to the Black Friday and Cyber Monday shopping frenzy, Worn Wear is an invitation to celebrate the stuff you already own,” the company writes on its YouTube page.

Sure, the cynic might see it as basically one big commercial for Patagonia — sure, they say don’t buy new clothes, but what they mean is buy expensive, sturdy clothes at Patagonia that will last for years. But we’ll put our cynicism on hold given its the holiday season and give them credit for this clever and thoughtful (if a bit redundant and didactic) film. The film will play in select retail stores on Black Friday, but you can also check it out below:

This Article is related to: News and tagged Short Film, Thanksgiving