Watch: 'Two: The Story of Roman & Nyro' Filmmakers Discuss the Reaction to the Film 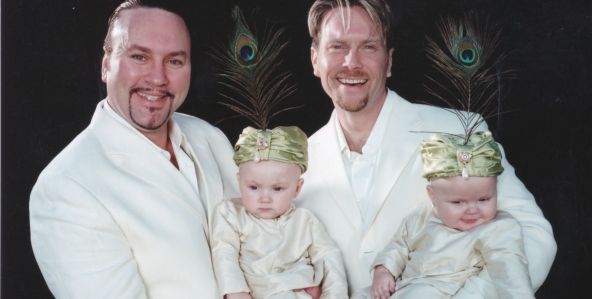 Heather Winters had already been a producer on several documentary films, including the critically-acclaimed “Super Size Me” and Sundance winner “Anywhere,” but hadn’t quite thought about directing her first feature yet. When working as co-writer and producer on “Class Act,” Winters met Grammy-winning songwriter Desmond Child, who welcomed her into his home and began to tell her the remarkable story of his family. Knowing that Desmond and his husband Curtis had spent significant effort filming the most important moments in their lives—including the birth of their twin sons via surrogate mother Andrea Whittaker—Winters and editor Lennon Nersesian began the process of extracting a story from the hundreds of home movies created by the Child family. What started as the history of one family evolved into a story about universal love and the importance of every family, no matter who your parents might be.

“Two: The Story of Roman & Nyro” screened on Thursday, October 17 in Los Angeles as a part of the IDA Documentary Screening Series. Filmmaker Heather Winters, editor Lennon Nersesian and film subjects Desmond Child, Curtis Shaw Child, Angela Whittaker, Roman Shaw Child and Nyro Shaw Child spoke with KCRW’s Matt Holzman about what audience reactions have been to the film as its gone around the festival circuit.