Are Mobile Movies The Way of the Future? 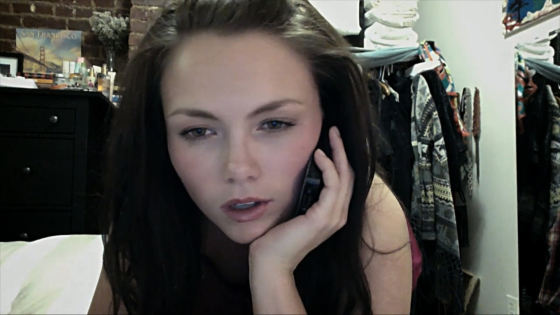 Writer and
business-development consultant David Rosen regularly contributes to AlterNet, Brooklyn Rail, CounterPunch, Filmmaker and
the Huffington Post.  The author of
the indie classic, Off-Hollywood:
The Making & Marketing of Independent Films, commissioned by the Sundance Institute and the
Independent Feature Project, here he writes about how mobile devices are changing not only the way we watch films, but also potentially the way filmmakers make them.

The first film shot on an iPhone is becoming a reality — or at least, the first union, full-length narrative feature film to be shot with the iPhone 5s — director Brian Kowalchuk announced that he’ll shoot “Ode” on an iPhone, under a SAG-AFTRA Ultra Low Budget production contract.

“The few technical challenges of filming with the iPhone 5s are being addressed and communications are in process with senior Apple executives with regards to addressing these challenges,” according to Kowalchuk, who wrote the screenplay and will also produce. “None of the 5s video camera limitations are expected to interfere with the production and/or eventual theatrical release.”

Last year, two movies at least partly shot on iPhones garnered critical attention, the Academy Award-winning documentary “Searching for Sugar Man” and Iranian director Jafar Panahi’s “This Is Not a Film,” the National Society of Film Critics voted best experimental film. What a difference from five years ago, when the idea of shooting — or watching a film — on an iPhone was considered laughable.

At the 2008 Academy Awards ceremony Jon Stewart was caught watching David Lean’s epic, 70-mm film, “Lawrence of Arabia,” on a tiny iPhone.  Switching from portrait to landscape orientation, he mocked sarcastically, “To really appreciate it you have to see it in the wide screen.”  As expected, the audience laughed.

Stewart’s comments came just a few weeks after David Lynch’s now legendary rant against watching feature films on mobile phones.  As he lamented, “If you’re playing the movie on a telephone, you will never in a trillion years experience the film.  You’ll think you have experienced it, but you’ll be cheated.  It’s such a sadness that you think you’ve seen a film on your fucking telephone.  Get real.”

Today, the only one who’s laughing is Apple — all the way to the bank.  Lean’s classic is available on iTunes for $9.99.

The iPhone and other smart phones are ubiquitous throughout the country, which was not the case in early ’08 when Lynch raged against mobile phones.  According to comScore, in July 2007, barely 9 million Americans owned a smartphone — representing just 4 percent of the entire mobile market. As of September 2013, 148 million Americans had a smartphone.

Tablet computing devices, whether from Apple (iPad), Samsung (with Google’s Android OS), Microsoft (Surface), Amazon (Kindle) or another vendor, are replacing not simply the home PC and laptop but the TV set as the primary personal information and entertainment device. The first consumer tablet came out in 2005 and, in 2010, according to Pew Research, adoption was at only 3 percent — in May 2013, adoption hit 34 percent.  And it’s only going up from here.

Last year, the key movie-going demographic, 25-39 year olds, accounted for about 10 million ticket sales.  Not surprising, this age group is the greatest user of mobile devices.  Pew puts the adoption rate at 80 percent.  What does this tell us about the future of the movie and movie making?

Two veteran storytellers, Jeff Lipsky and Marcia Jarmel, one a narrative director and writer, the other documentary filmmaker, share a common hesitation regarding the small screen, mobile movie.  To them, it privatizes what is aesthetically conceived as a shared, public experience.

“Speaking as a filmmaker, digital distribution is the worst things to happen to filmmaking,” proclaims longtime indie maker Jeff Lipsky.  He’s been part of the indie scene for a generation, working both sides of the desk as director/writer and distributor.  He’s directed a number of films, including “Molly’s Theory of Relativity,” released earlier this year, as well as “Twelve Thirty” (2010) and “One More with Feeling” (2009). After helping to found the pioneering October Films and Lot 47, he currently runs Adopt Films, a boutique firm. 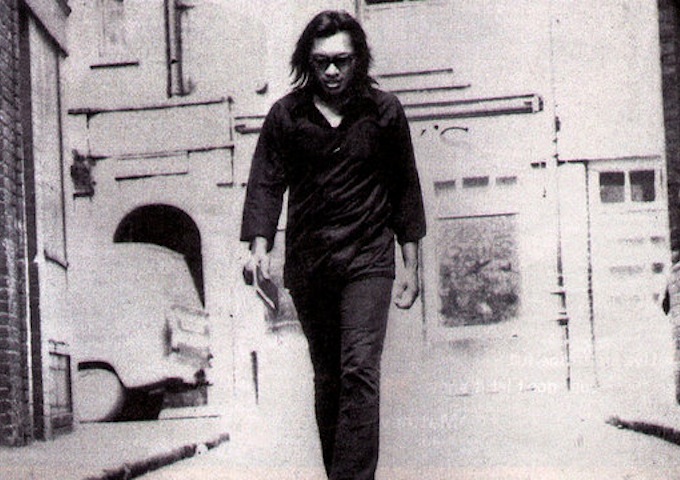 “No feature filmmaker conceives – let alone executes — their film for a mobile platform,” Lipsky insists.  “Makers frame their films in terms of the script and the story — that’s what drives decision making as to how a scene is shot and edited.  I shoot a lot of close-ups and extra-close-ups and it would be antithetical to conceive a shot in terms of a handheld device.”  He is adamant that the new 4 inch screen of the iPhone 5 (with a 16:9 aspect ratio) or iPad 2’s 9.7 inch (4:3 aspect ratio) is not up to the challenge of real filmmaking.  “They are simply not acceptable ways of viewing a film,” he argues.

Of course, Lipsky acknowledges that many people are watching shorter works, including TV shows, and even some feature-length movies on mobile devices.  However, he warns that such viewing is not relevant to a director, an “auteur” in the classic maker sense, in framing and executing a scene.

“Documentary films are measured by their impact; they are stories created to engage people,” said Jarmel, who, with her partner, Ken Schneider, founded PatchWorks Films in 1994 and is currently completing “Havana Curveball.”  Among some of their other recent works are “Speaking in Tongues,” which won the Audience Award at the 2009 San Francisco Film Festival, and the ITVS-funded “Born in the U.S.A,” which aired on the PBS series Independent Lens.

Speculating on what would likely work aesthetically for a documentary designed for a mobile platform, Jarmel acknowledged that the format has a different potential.  “In a small format, there would likely be no wide shots, fewer subtleties like many ‘in your face’ videos on YouTube,” she reflects.  Equally critical, “it would have to be short-maybe 3 to 8 minutes.”

However, she worries that the small screen further isolates viewers, offering no community experience.  She acknowledges that online platforms-Facebook, Twitter, games, apps, or participatory storytelling-have great potential to take the story off the screen. These transmedia platforms can generate a lot of interest and create a different form of “community” experience.

The increasing, widespread adoption of small, mobile entertainment
devices poses two challenges for indie filmmaking — making vs.
distributing.  And makers are adapting to the new medium. Carton Evans
of the Disposable Film Festival, which was created in order to democratize filmmaking by
showcasing works made using smartphones, tablets, laptops, cameras and other
non-traditional devices. Evans reports that the number of submissions
increased from 60 when the festival started in 2008 to 2,000 this year.

Evans notes that filmmaking has been
repeatedly revolutionized by technology, whether Super8, video or today’s
digital devices. “When
we started the festival seven years ago,” he recalls, “we saw mobile video as
an experimental platform not unlike the avant-garde of the ’70s.”

Since
then, makers have both adapted to the possibilities of the new medium and the
medium itself has expanded. Evans notes that while the festival focuses on short works, it has shown feature-length
films shot on an iPhone.  And a host of
accessories, such as a $10 add-on lens for more widescreen shots, are now
available.

These advances have enhanced the medium’s aesthetic
possibilities, according to Evans. “A new
creative vocabulary is being developed,” he said. “One film we showed last year was a thriller about man who
stalks a woman through her webcam.  It
was shot on a webcam and invoked a sense of immediacy that could not be
captured using a professional camera.  It
made everyone in the audience complicit in the act of stalking the
character.”

The fact that people shooting video with their iPhones or other devices is
become ubiquitous, presents new opportunities for documentary makers.  “Such shooting is less intrusive and fosters
a greater sense of intimacy between maker and subject,” said Evans.

Though filmmakers may not be able to limit the screens on which their movies are seen, they may be able to control the tools they use to make them.  There are still filmgoers who buy seats in theaters to take in wide shots and panoramic views, but there are also stories that benefit from filmmaking technologies that can fit within the nooks and crannies of our lives to tell stories even more intimately.