Critic’s Picks: The Top 5 First Features Released In 2013 According to Indiewire’s Film Critic 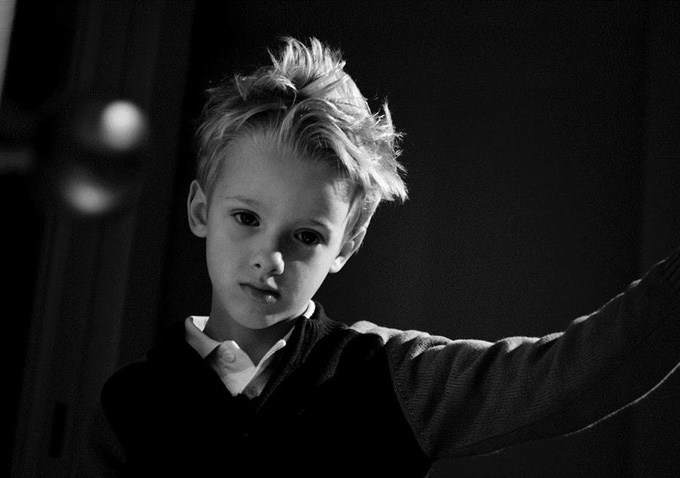 This is not an easy season for first-time filmmakers.

As the awards race heats up and top 10 lists grow ubiquitous, new voices tend to get pushed to the sidelines to make room for more familiar ones. There are notable exceptions, of course: Last year’s “Beasts of the Southern Wild” erupted onto the scene like some kind of alien discovery at the Sundance Film Festival and sustained its dazzling platform all the way through Oscar time; this time around, the formidable “Fruitvale Station” is poised to do the same. But not every original or bold new feature has such luck, simply because not every great movie opens itself up to a robot publicity campaign. The issue is compounded by the inherent challenge of recognizing a new filmmaking presence in the work itself: Some debuts are simply outstanding irrespective of whether or not their directors have been at bat before, but other quirkier achievements may stand out predominantly because of their newness.

My own list of noteworthy debuts includes a couple of familiar names alongside some of the sleeper hits of the festival circuit. They’ve been ranked, but it goes without saying that it’s an inexact science, and every filmmaker represented by these works stands a good chance of producing more work deserving a place on more year-end accolades. I’ve only selected debuts that stand more than anything else because they announce potential above all else (“The Act of Killing,” a brilliant first feature not mentioned here, is much more than that). The placement of certain films here not only singles them out in the present — it points to a couple of promising futures at once.

5. “The History of Future Folk”

A microbudget Brooklyn-set adventure co-directed by J. Anderson Mitchell and Jeremy Kipp Walker, “The History of Future Folk” works so well partly because it carries the energy of the real musicians featured in it. Stars Nils d’Aulaire and Jay Klaitz have formed the bluegrass duo Future Folk for roughly a decade, and their comfort with their goofy stage personas as finger-picking extraterrestrial invaders holds the movie’s ridiculous premise together, as does a compelling plot that never completely devolves into parody. Or, rather, it takes the ridiculous premise very seriously.

Indeed, the movie presents a fairly straightforward sci-fi story in which the far-off planet Hondo, facing imminent extinction by way of an incoming comet, sends its trenchant General Trius (d’Aulaire) to wipe out Earthlings with a deadly virus so his fellow Hondonians can take over the planet. Instead, Trius falls in love with Earth’s music, settles down with a wife and kid, adopts the bland alter ego Bill, and spends his evenings singing narcissistic songs about his past to bored Brooklynites at the grimy Williamsburg pub Trash Bar. The arrival of clumsy assassin Kevin (Klaitz), sent to Earth from Hondo to kill Bill and let loose the virus himself, gives Bill the opportunity to enlist a partner in crime. Hoping to keep his stable life with his wife Holly (Julie Ann Emery) and young daughter Wren (Onata Aprile, recently seen in “What Maisie Knew”), Bill plans to launch a rocket from Earth to stop the comet.

The filmmakers position this legitimate sci-fi backdrop against a slapstick narrative that gives Bill an excuse to school Kevin in the ways of bluegrass (strapping him to a chair and subjecting the other man to a medley of Earthly tunes) and before long they’ve joined forces onstage for a show-stopping song about our planet’s lack of space worms. The sweet, catchy melodies in “Future Folk” celebrate the sincerity lurking beneath the ironic facade of Brooklyn’s scrappier bohemian crowds. But the characters are so well crafted that it’s easy to get drawn into the high stakes plot as well.  “Future Folk” lacks the scale and marketing budget of countless other movies released this year, but you’d be hard-pressed to find a better example of unadulterated escapism in which the craftsmanship lies not in visual polish but the universal appeal of a catchy tune.

Amy Seimetz, previously known only for acting work, delivers her directorial debut in the form of a vivid, suspenseful noir that effectively funnels the sweltering backdrop of the Florida landscape into a swift crime saga. “Two-Lane Blacktop” by way of “Bonnie and Clyde,” Seimetz’s pulpy tale follows lovers Crystal and Leo (perennial character actress Kate Lyn Sheil and microbudget filmmaker Kentucker Audley) on the lam for mysterious reasons only vaguely made clear near the end of the first act. But even then much of the drama remains deeply ambiguous. Sheil’s performance, all scowls and muffled shrieks, provides the ideal counterpoint to Audley’s muted delivery. From the shock of its opening shot to the tension of its closing moments, “Sun Don’t Shine” (which won Indiewire’s Best Undistributed Film poll last year before making its way to theaters at the start of this one) conveys a gripping mood so elegantly that it’s easy to get lost in the proceedings without realizing that so little has happened. More than that, “Sun Don’t Shine” transcends its brooding genre roots by making the fates of its wandering anti-heroes into a deeply engrossing relationship drama so physically intense it practically explodes into a dark form of crackling slapstick comedy. Yet the final moments are so sharply rendered they arrive with an emotional finality that reverberates long after the credits roll. I first saw “Sun Don’t Shine” at the SXSW Film Festival in 2012 and it still haunts me.

A labyrinthine descent into the grotesque extremes of a Disneyfied society, “Escape From Tomorrow” is surreal for many reasons and wholly original because of them. It’s also a daring attempt to literally assail Disney World from the inside out. This loosely constructed, starkly black-and-white directorial debut of Randy Moore, which follows a family on their twisted final day of vacation in Disney World, takes place throughout the theme park behemoth and appears to have come together without an iota of permission. Moore portrays Disney World as the ultimate horror show — and gets the point across in nearly every scene.

Beyond the issue of whether or not it has the legal right to exist, however, “Escape from Tomorrow” displays a fascinating ingenuity in its appropriation of the Disney brand. Seeming everyman Jim White (Roy Abramson) awakens at the start of the story to learn that he has lost his job for inexplicable reasons, the first of many hazy events that immediately convey a surreal blend of Kafka, David Lynch, Terry Gilliam and, well, a nightmarish version of a Disney movie. At first it seems likely that Jim has simply lost his mind, but as “Escape From Tomorrow” proceeds it raises the tantalizing possibility that Disney World has as many screws loose as he does.

No movie in 2013 has more balls than “Escape From Tomorrow,” which Moore shot with a guerrilla technique made all the more impressive because he got away with it.

Montreal-based child actor-turned-auteur Xavier Dolan’s first debut, completed when he was 20 years old, first screened at the Cannes Film Festival in 2009. Due to thorny rights issues, it only made its way to U.S. theaters earlier this year. Since then, Dolan has churned out three more confident features (the most recent of which, “Tom at the Farm,” premiered in Venice in September). Dolan seems to be challenging himself as a director more and more each time out, but “I Killed My Mother” remains a radically accomplished discovery, its mature perspective on a mother-son relationship being particularly impressive due to Dolan’s role as writer-director-star.

The former child actor’s thespian abilities were never in doubt, and in “Mother” he directs himself in a moving performance that fits the intimate material. He plays Hubert, a gay teen constantly at odds with his uptight single mother (Ann Dorval). Although his story has been described as a coming out story, Hubert’s sexuality forms only one part of the equation. His maternal disdain emerges from multiple factors and plays out with alternately trivial and profound results, but it retains a persistent authenticity.

Hubert’s heated conversations with his well-intentioned mom contrasts with the relative tranquility he brings to his relationships with other people, including his easy-going boyfriend, Antonin (Francois Arnaud), whose own mother’s progressive, nonchalant attitude about her son’s dating life drives Hubert to develop further disdain for his situation at home.

In spite of its heavy themes, the movie manages to be unexpectedly funny throughout, but the stuff that makes us laugh also gives us pause. One night, Hubert takes speed and confesses his sadness to his sympathetic mom. In a later scene, she unloads on the principal of his private school with a vulgar rant that’s both hilarious and brutally honest. There’s a reason they make such a great onscreen duo: “Mother” is about growing up while coming to terms with one’s roots. In that regard, it’s the ideal means for Dolan to shift gears. For those intrigued by the later movies, the puzzle is now complete.

A popular favorite for this type of slot, “Fruitvale Station” deserves the hype. It’s not the most polished movie of the year, but 26-year-old Ryan Coogler’s debut contains some of the best filmmaking, period: It’s a powerful movie of the moment riddled with searing ideas about race, class, and the more unsettling elements of uncertainty involved in getting one’s act together.

Of course, “Fruitvale” is emboldened by its true life story:  Moments after New Years Day 2009, 22-year-old Bay Area resident Oscar Grant was shot by a police officer at the Fruitvale BART station in an altercation that didn’t call for it. The officer, whose actions were captured on numerous cell phone videos, claimed he mistook his gun for his taser and eventually went to jail — but the damage was done. Grant, the father of a four-year-old attempting to get his life together, died the next morning. His death led to protests in the area and national discussion, but the particulars of the life lost in the scuffle received less scrutiny.

Opening with the shaky-cam footage of the incident in question, Coogler’s script then rewinds 12 hours to explore the final day of Grant’s life. Played by up-and-comer Michael B. Jordan (“Chronicle”) with enormous restraint and pathos to spare, Grant develops into a deeply sympathetic young man over the course of the movie, which makes the imminent climax particularly tough to watch. Coogler’s camera captures the details unavailable to the recording devices that captured Grant’s death — namely, the whole story.It’s a fascinating investigation into the contrast between media perception and intimate truths. When the full impact of Grant’s death comes to the fore for the people closest to him, “Fruitvale” generates tears to express the same rage found in the protests following the tragedy. It makes the cause personal.