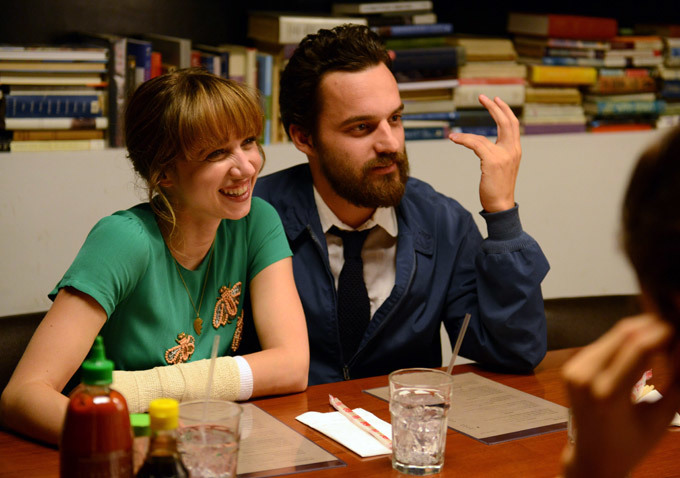 After premiering at the Tribeca Film Festival, “The Pretty One” has been acquired by Dada films. Zoe Kazan (“Ruby Sparks,” “The F Word”) stars alongside Jake Johnson (“New Girl,” “Drinking Buddies”) in this heartfelt comedy that explores loss and awakening through Kazan’s duel role as identical twins Laurel and Audrey. After the loss of her sister Audrey, Laurel must
decide between continuing her life pretending to be Audrey or revealing herself as a fraud to her neighbor and love interest (Jake Johnson).

“We are excited to be working with filmmakers Jenee LaMarque and
Steven Berger and veteran producer Robin Schorr on the charming and
heartfelt comedy “‘The Pretty One,'” said DADA Films heads MJ Peckos and
Steven Raphael. “We are confident that audiences will be as enamored by
the film as we were when we saw it at the Tribeca Film Festival.”

The film will open on February 7, 2014 theatrically in New York and Los Angeles, with an expansion to follow.

Watch below as director Jenee LaMarque and Zoe Kazan discuss the project.

This Article is related to: News and tagged Acquisitions, Dada Films, Jake Johnson, The Pretty One, Video, Zoe Kazan