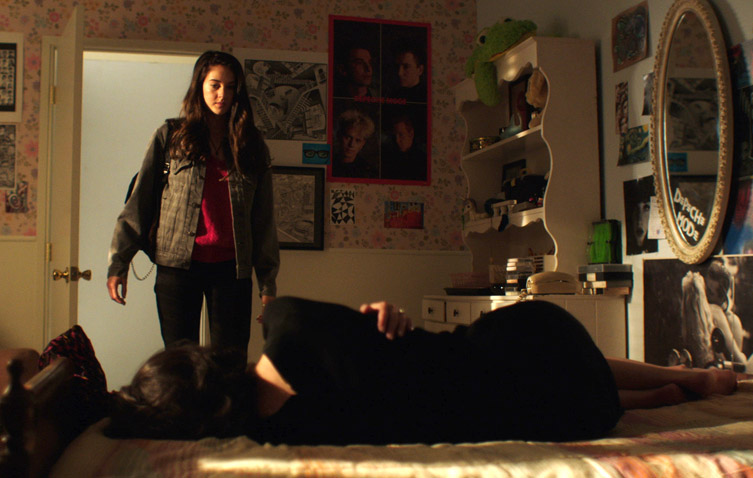 Ahead of its unveiling in Park City next month, the first peek at Gregg Araki’s “White Bird In a Blizzard” has arrived online which, while cryptic, nevertheless shows off the American director’s slick and subversive style.

The minute-and-a-half preview begins with an extended scene of Kat (Shailene Woodley) coming into her room after school to find her mother Eve (Eva Green) passed out on Kat’s bed yet all dressed up in fancy clothes, with a voice-over by Kat describing how her mother had gone from her regular domestic duties to simply disappearing, implying a mystery-thriller by way of Betty Friedan’s “The Feminine Mystique.” The familiar style of Araki does eventually come through, with an 80’s synth-y track used to introduce the film’s cast, which includes Christopher Meloni, Gabourey Sidibe and Angela Bassett. As usual with Araki, expect the unexpected.

The film, which has no distributor yet, premieres at Sundance on January 20.