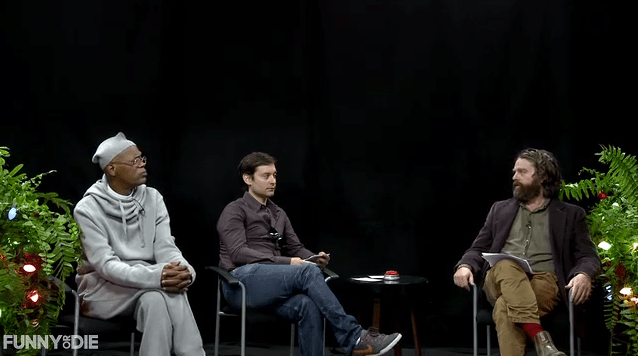 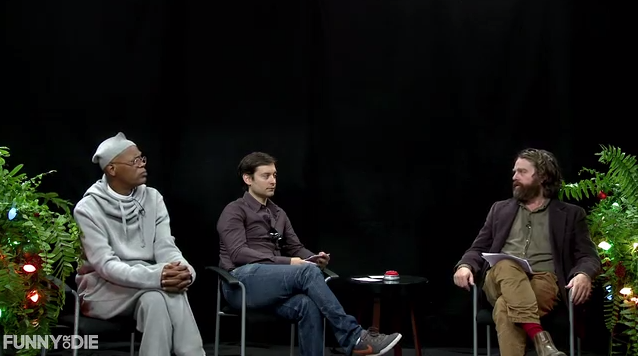 Just in time for the holidays, Funny or Die has released the latest installment of Zach Galifianakis’ bizarre faux talk show “Between Two Ferns.” The sit-down guests on this particular segment are Samuel L. Jackson and Tobey Maguire, whom Galifianakis does not so much interview as throw strangely passive-aggressive insults at their career (cue puns involving “Snakes on a Plane” and “Spider-Man”), delivered by Galifianakis with his trademark deadpan obliviousness. The video ends with Canadian alternative rock band Arcade Fire showing up to perform an unusual rendition of “Little Drummer Boy.” As usual with “Between Two Ferns,” the result is almost exquisite in its awkwardness, perfectly calibrated to appear unrehearsed, uncomfortable and downright boring.