Why Black Indie Filmmakers Matter (And How You Can Support Them) 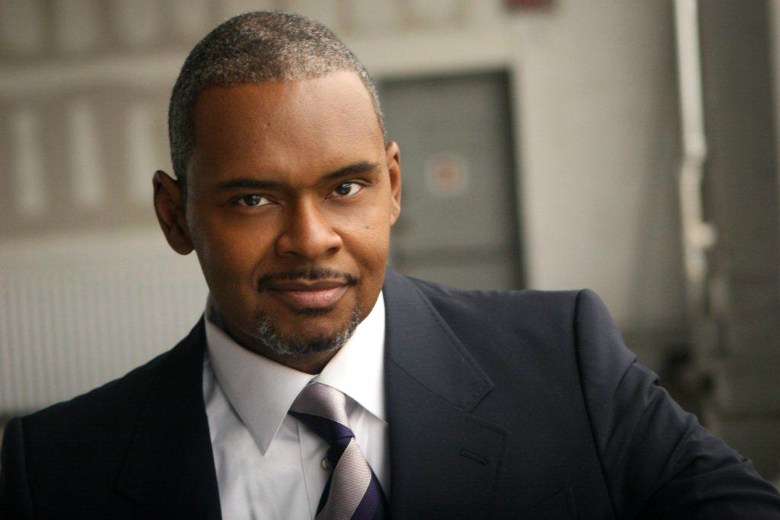 Last week, I attended the Gotham Independent Film Awards and left happy for the winners and more, happy for the artistry that was created by indie filmmakers.  I was proud to be among them.  Award recipients included Forest Whitaker, Gita Pullapilly, Ryan Coogler for his masterful work on “Fruitvale Station” and his leading man Michael B. Jordan. It was a good night for indie filmmakers of color.

It also got me to thinking: Are all these films nominated for Best Feature really indie films?  While award ceremonies have stipulations defining indie film (for the Gothams, it’s “films made with an economy of means” and for the Spirit Awards, it’s “cost of completed film, including post, should be less than $20 million”). It strikes me as somewhat unfair that a $500k budgeted film is eligible for the same prizes, monies and workshops alongside $12 million films which often carry with them higher profile actors, directors and more experienced crew.

To IFP’s credit, there are categories especially designed to recognize new filmmakers, such as the “Bingham Ray Breakthrough Director Award,” “Breakthrough Actor Award” and the “Spotlight on Women Filmmakers ‘Live the Dream’ Award.”  But then there is “Best Feature,” where all but one of the nominees seemed far from “indie”: the presumed Oscar favorite “12 Years A Slave” as well as “Ain’t Them Bodies Saints,” “Before Midnight,” “Upstream Color” and, the ultimate winner, “Inside Llewyn Davis.”

While the budgets for the contenders are not well publicized, my guess is that most of them ended up north of $5 million.  Even the “Best Actress” category pitted Brie Larson (for “Short Term 12”) against Cate Blanchett (for “Blue Jasmine”) and Scarlett Johansson (for “Don Jon”).  (In the upset of the evening, Larson walked home with the award). Lest I be perceived as complaining – I prefer to think of this as observing – let me say that I get why organizations supporting small indie films need big names; they need the media coverage. They must maintain relevance in the entertainment industry and, in turn, keep the dollars coming to continue their extraordinary programs supporting true indie films.  I get this need for star power and am confident I’d likely choose a similar model. One day, however, I hope for a two-tiered category system where films compete with other films with similar resources at their disposal. You wouldn’t pit a welter weight against a heavy weight even if both were considered the best in their field, would you? 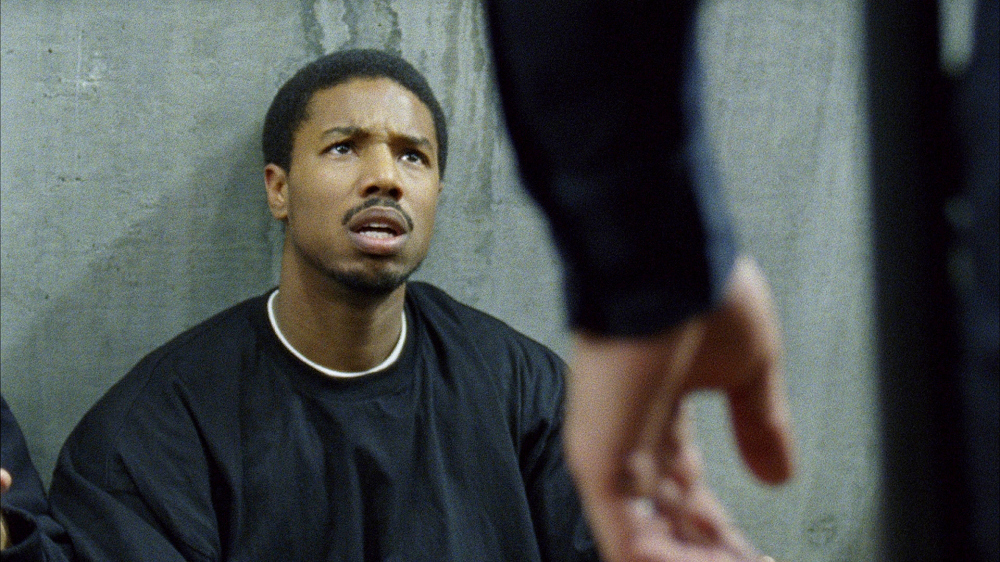 Another thought that occurred to me is that lately, a number of media outlets have been reporting of the “black renaissance,” that black is the new black” or that an “emancipation” has occurred this year in Hollywood which has uncharacteristically brought us a dizzying array of feature films with themes featuring people of African descent. I cannot help but be enthused by this year’s bevy of films that has given black actors, directors, writers and producers opportunities to tell our stories. But “Black Hollywood films” has become a catch-all phrase for any black film that gets a theatrical release.  Black indie films and black Hollywood films aren’t the same. Distributors, sales reps (domestic and foreign) and celebrity actors (and their reps) are clear on the difference because of the big gap between the costs of promotions, salaries and potential revenue streams. Consumers seem not to know and the press seems less to care about the difference. The distinction is important to us lower budget filmmakers for a number of reasons.

Movie making is hard, and especially so for indie filmmakers. All film producers care about is recouping our investors’ dollars, but indie film producers don’t have studio war chests against which to write off losses for their good quality but poor performing films. Our livelihood depends on the financial returns. As black indie filmmakers we run up against a number of other obstacles that make our work more challenging.

First there is distribution. Most large U.S. distributors shy away from black indie films unless there are a number of popular white actors aboard to “anchor” the film.  In 2013, we saw big releases of “The Butler” (with too many recognizable white – and black – actors to mention) and “12 Years a Slave” (with Brad Pitt and Michael Fassbender). Exceptions exist, of course, such as “Fruitvale Station,” which was picked up by the Weinsteins in a limited run that expanded as word of mouth and the positive press spread about the rare gem it was. My educated opinion is that if there was a role for George Clooney, Robert Downey Jr. or Johnny Depp in that film, it would not have had to wait for the critics’ praise and word of mouth before a substantial theatrical release rolled out.

On the international front, foreign distributors and sales firms will often relegate black indie films to the infamous, but rarely spoken aloud, “don’t travel well” pile. They will tell you there is no market for black indie film. Chief exceptions to this accepted rule are the likes of “Precious” (distributors have been on the look-out for the next “Precious” since its release). In many regions of the world, these distributors may be correct. Notice, for example, that while “Fruitvale Station” — which garnered $16 million domestically — it has only brought home $100k from foreign to date (I am hoping those rights haven’t yet been fully exploited).

Compare this to foreign receipts of recent Hollywood black themed features: “Django Unchained” ($252 million), “The Butler” ($31 million), “The Help” ($47 million) and possibly “12 Years a Slave.” The quality of the films is largely undisputed but A-list talent and Hollywood budgets make a difference. It didn’t hurt that these features portrayed black people as slaves, maids or the physically abusive/abused —  all portrayals of which seem to have strong appeal in foreign markets. (I suspect that “Fruitvale Station” will reap large box office receipts once the awards season has ended and foreign buyers take note of the awards it is already beginning to garner).

However, Africa, which isn’t burdened by audiences finding comfort in colonial portrayals of black people, are actively seeking films that depict black people outside these narrow depictions.  African distributors and festival programmers didn’t wait for my foreign distributor to contact them about “Blue Caprice” (featuring two black serial killers); they contacted me directly in an effort to meet the demand for black content for their consumers. Africa has a population of over one billion people. Even factoring out largely populated rural regions, the continent represents significant and growing revenue opportunities. So the moral of the story, as I see it, is that black indie filmmakers need to change our thinking and pursue distribution far earlier in the development process and forge our own presence into foreign markets with sizable audiences interested in our films – chief among them, Africa. 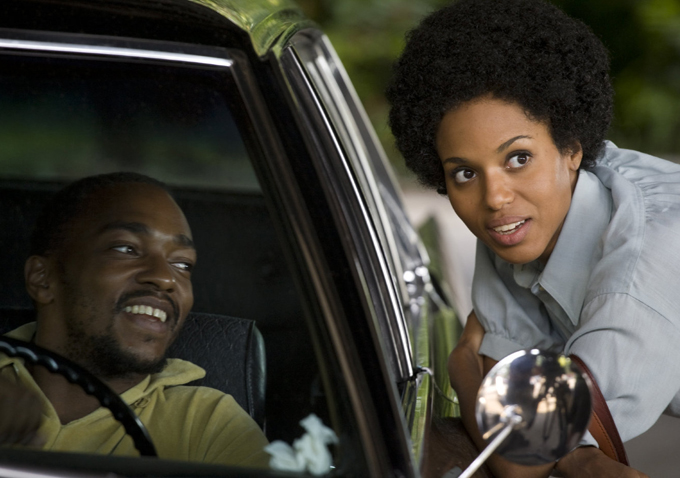 Another challenge is talent. It’s rare to get either black or white high profile celebrity actors to appear in black indie features. When was the last time you saw Denzel Washington, Will Smith, Morgan Freeman, Jamie Fox or Halle Berry in an indie film? (Most of which are men – but that’s a subject for a whole other essay). Actors are protected by agents and managers whose goals are career development and money for their clients – the latter of which are in limited supply to black indie producers. Some celebrity actors have made it a point to balance high paying gigs with quality indie projects with juicy roles. Witness Kerry Washington and Anthony Mackie in “Night Catches Us” and Academy Award winner Octavia Butler in “Fruitvale Station.”  But because so few celebrity actors agree to appear in black indie films, we see a modern day glass ceiling for black indie filmmakers with respect to wide distribution.

Features with Euro-centric themes don’t seem as encumbered by such baggage in searching for foreign distribution of films lacking Hollywood’s top A-list actors. I wonder if the entertaining and highly successful “Silver Linings Playbook” would have secured as wide a distribution and box office receipts were the leads played by Terrance Howard and Zoe Saldana?

So why are black indie filmmakers important? We add cultural diversity to the film world. And let’s be honest: Historically, the majority of black films produced each year have not come from Hollywood (including the usually wildly successful Tyler Perry movies such as “Family Reunion,” which boasted a relatively modest $6 million budget – well under the currently defined “indie” ceiling). This year, besides “Fruitvale Station,” there were several strong indie black films produced, including “An Oversimplification of Her Beauty,” “Free Angela And All Political Prisoners,” “Last” and “Wards Island” as well as my own “Blue Caprice” and “Mother of George.”

Most people haven’t even heard of these titles.  Without us, the landscape for future black film will be surrendered to Hollywood features backed by studios or rich distributors and what stories THEY want you to see. So, if the current bumper crop of black Hollywood films turns out to be an anomaly rather than a fundamental shift, and talented black filmmakers are forced to throw in the towel, who will moviegoers turn to for our stories? Were black indie producers like Nekissa Cooper, Tommy Smith and others to disappear, what would our choices of black films look like?

To sum it up, if you’re a consumer of good movies with/by Black folk, buy/rent indie black films as well as Hollywood’s offerings if you want us to continue to make films that Hollywood overlooks (don’t bootleg).  If you’re a foreign sales rep, please remember there is a continent full of black people which is seeking black indie films for consumption. If you’re a celebrity actor, consider investing in indie films by doing one indie film a year (with a theme of ANY underrepresented community) so that we can get our quality films wider distribution. If you’re a media outlet, please differentiate black indie films from black Hollywood films so consumers can know that by supporting black indie films they are, in fact, investing in the diversity of the film market and their culture. And if you’re a black filmmaker, do not rely upon the existing model of distribution (or funding); think outside the box and cultivate relationships with channels who are seeking out our content before you shoot a single frame.

As an African American filmmaker, I sincerely hope history remembers 2013 as the year when the entertainment industry began to consistently create real and lasting diversity which reflects the diverse tapestry of our society’s culture.

Founded in 2009 by Ron Simons, SimonSays Entertainment is a Film & Theatre production company with a mission to Tell Every Story™. With a focus on narratives that dig deeply into the outsider’s struggle for dignity and acceptance, SimonSays Entertainment tells stories that examine the unheard voices of the American Tapestry. SimonSays Entertainment’s most recent films premiered at Sundance 2013:  Blue Caprice in NEXT for Innovative Storytelling and was sold to Sundance Selects/IFC.  Blue Caprice opened Lincoln Film Society’s  New Directors/New Films at MoMA in March.  Mother of George was a Grand Jury nominee in the Sundance U.S. Dramatic Competition earning Bradford Young an award for Best Cinematograpy.  Mother of George sold to Oscilloscope Laboratories.  Both films open in theatres nationwide in 2013.