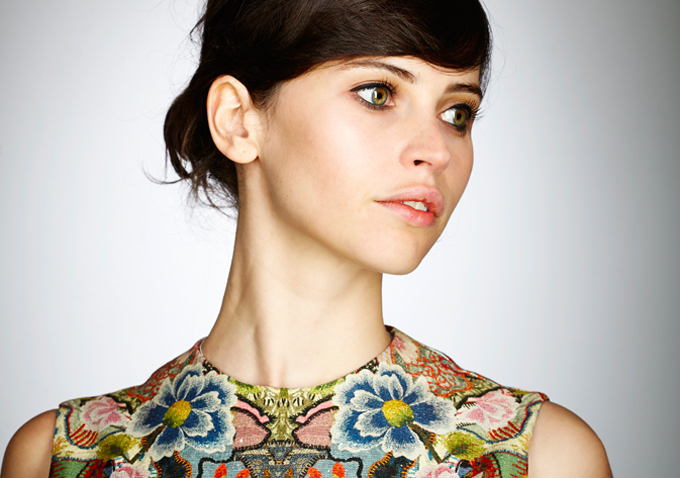 It was three years ago to this month that Felicity Jones officially broke through.

Back in 2011, Jones arrived in Park City for the annual Sundance Film Festival as a relative unknown. That all changed once critics caught her performance in Drake Doremus’ “Like Crazy” which went on to the win the Grand Jury prize and snag the actress a slew of awards including the Gotham Award for Breakthrough Actress and the National Board of Review’s Best Breakthrough Performer trophy.

She followed that up with strong supporting turns in “Hysteria” opposite Maggie Gyllenhaal and Doremus’ follow-up “Breathe In” (which premiered at Sundance last year and opens this spring). Her lead performance in Ralph Fiennes’ heartbreaking period drama “The Invisible Woman” (out in select theaters now and opening in more this Friday) is no doubt her biggest on screen role yet, and proves she has what it takes to join the big leagues. In the Sony Pictures Classics release, Jones plays Nelly Ternan, Charles Dickens’ mistress of 13 years.

Indiewire sat down with Jones in New York to discuss the project, her rise post “Like Crazy,” and her move to blockbuster territory with this summer’s “The Amazing Spider-Man 2.” 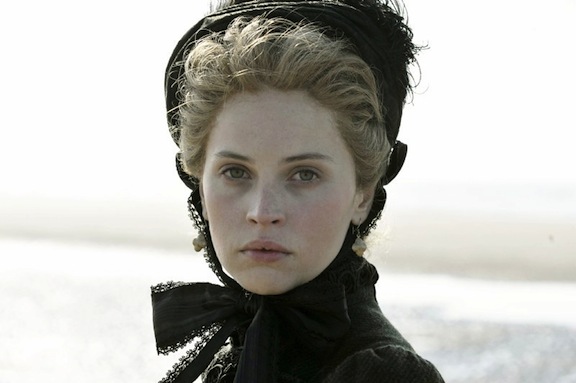 You played Ralph Fiennes’ child in “Cemetery Junction” and in “The Invisible Woman” you play his lover. How did you your last experience with him inform you this time around?

Yeah, very different. But I noticed even when Ralph and I were working on “Cemetery Junction,” we had a very similar approach as actors — both very instinctive. It felt like we were immediately on the same wavelength.

In the press notes for the film, Fiennes describes you as “incredibly intelligent.”

Well, isn’t that a nice way to describe me! I send that back. I think he’s an incredibly intelligent actor.

What do you mean by that and what do you think he means by that? Is he talking on purely instinctual terms? Or are you one to delve into the back story of whoever you’re playing via extensive research, etc.?

I think in that way we have similar approaches. We like to prepare extensively — prepare is such a nebulous term. But for both of preparation is just having time, time to ruminate on the world you’re about to enter into. But on the day, trying to be as instinctive as possible. We share that, that way into acting.

How do you let go of all the work to be instinctive?

That’s the challenge, that’s what the camera captures, isn’t it? The camera loves spontaneity. As an actor you do everything you can so that in that moment something new happens.

Given Ralph’s background, how great was it to have a director who understood your process so deeply?

Well, I’ve been a bit spoiled really. You don’t get that level of attention usually. Usually directors have so much to think about. With this it felt like it was very focused. The focus was telling Nelly’s story. I got to explore and do a lot of takes.

“The Invisible Woman” is an actress’ vehicle with you at the center. In my estimation it marks your biggest role, and production, to date. Were you nervous to take it on? 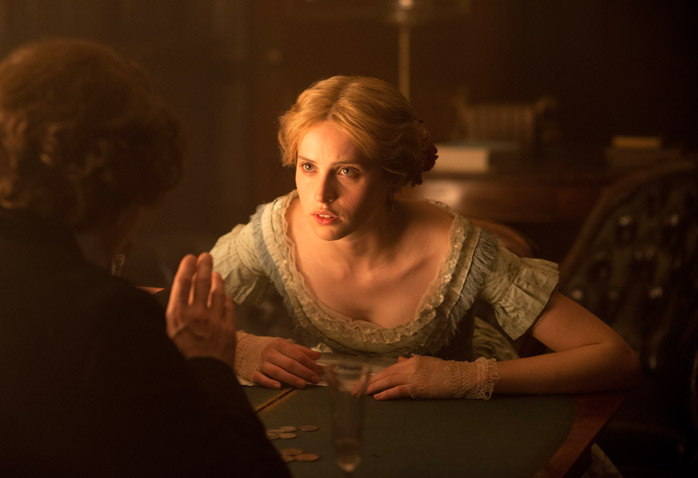 Very nervous! I’m use to doing independent film where the style is a lot more casual. With improvising you obviously find so much out on the day — and in a way I feel more comfortable doing that. That’s the reason I wanted to do “The Invisible Woman.” It’s such a different style of performance. Well, there are lines for a start! [laughs]

With every film that you do you’re always so nervous. You feel exposed because you know people will see this eventually. You sort of have to put all that out of your head. What will be will be. But it’s nerve racking.

How did you work to inhabit the period in which the film takes place?

I try to inhabit that person and have their thoughts. I don’t try to patronize the time. I think human nature is eternal and constant. I don’t think it does fluctuate hugely. There are simply different pressures on people. I think character and impulses are the same. Desires are the same. 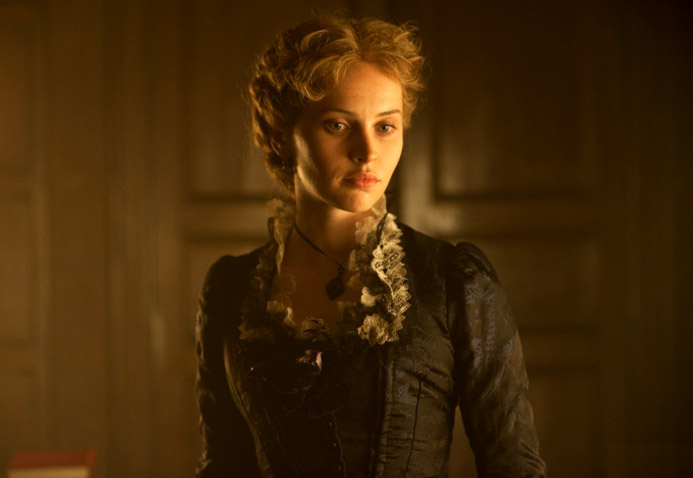 About those impulses — in both this and “Breathe In” you play the “other woman.”

What do you make of that?

I didn’t know I was going to be doing “Woman” when I did “Breathe In,” so it’s not like there was a master plan behind it. [laughs] I just read a script and I have a visceral response to it, and maybe sometimes there are parallels but it’s not by design.

Are you someone who has to reason through your character’s actions before tackling her?

I think you have to reason. Or you have to have a motivation for that person. But once you’re playing them, you shouldn’t be judging them in any way. That’s what being an actor is — it’s having empathy for people that are different from yourself. Once you’ve committed to that person, your responsibility is to tell that story.

What was your key to understanding Nelly?

I loved that we was incredibly proud and willful. And tough. I think there is a toughness to her. She didn’t want to be a throwaway floozy. I wanted to show a truthful interaction in her that she was in love with Dickens. But love is a complicated emotion. It’s not always straightforward. She loves him but she also wants to keep her own sense of identity.

How have you dealt with the climb following “Like Crazy”?

It is intimating, I have to say. It’s very strange for there to be a public sense of you. Obviously with acting you love what you do, but there is another aspect to it. But I’m naturally reserved and shy, so I did find it difficult to deal with.

I feel like — god I don’t know. I feel like I just stick to the work and keep my head down. 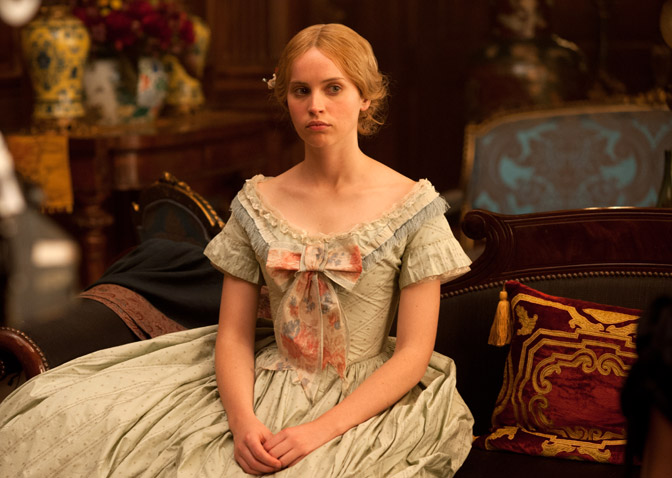 So that’s why you kept so busy? To avoid falling down the rabbit hole?

Hopefully it’s not out of avoidance/ [laughs] But just that that’s what my job is. That’s where I keep my focus.

When I heard that you signed on to “Spider-Man” I was elated but surprised. This marks a huge leap in a new direction for you. Why did you choose to sign on?

Just to do something very different. Who knows what it will be, but I just love the idea of doing something on that scale. I like to go see those films as well as small indies. As an actor you have a freedom.

I love films that are about people. You can still take interesting stories about people in a larger scale. “Batman” is still about a character. It’s working with the right people. It’s believing in the actors and the director around you.