Here's What Sundance Cinematographers Think of Shooting Film Vs. Digital 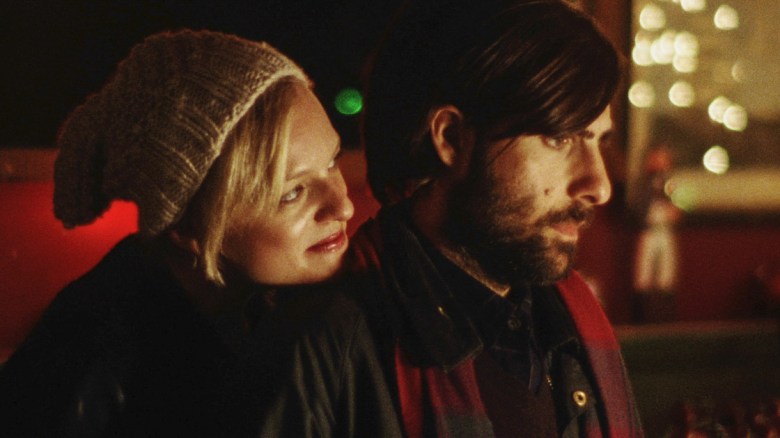 Filmmaking increasingly doesn’t involve film at all as the majority of films — both Hollywood blockbusters and small independent films — are shot digitally. It’s so noteworthy for films to be shot on film that The Hollywood Reporter recently highlighted the handful of films at the Sundance Film Festival that were shot on film, including “Listen Up Philip,” “Low Down” and “Happy Christmas.”

As part of our “How I Shot It” series, we’ve asked cinematographers with films at Sundance 2014 to tell us if the shift from film to digital is good or bad.

Here’s a selection of their responses:

“It’s great! Digital cinema tools are giving us new ways of telling stories, and not taking any of the old ones away. Storytelling isn’t about pixels and noise vs. emulsion and grain. It’s much bigger than that.” — Cinematographer John Guleserian (“Song One”)

“The shift from film to digital for me, just is. I’ve tried to never get too caught up in that battle, I just try to keep focus on what is best for the story I’m trying to tell. Whether it’s film or digital, the aesthetics in storytelling is the same for me.” — Cinematographer Brett Pawlak (“Hellion”)

“It’s all just tools in a toolbox, certain ones are better for certain things. Lots of people have a lot to say about this subject and I am not one of them.” — Cinematographer Zachary Galler (“The Sleepwalker”)

“I think there are pros and cons to both film and digital these days, but the bottom line for me is to create an aesthetic that is tailor-made for each individual script and story. I’m actually excited to see what great cinematographers are doing with the latest technology, and the abundance of recipes that give us more and more options to make our projects unique, whether it’s film or digital. I like to do tons of tests and play with the options until we all say “that’s the look” and go from there.” — Cinematographer Christopher Blauvelt (“Lowdown”)

“I think the shift from film to digital isn’t good or bad – it just is what it is, and it isn’t going to stop. I’ll use either when it is appropriate, and I enjoy shooting both for very different reasons. I think digital is a great tool, and should be treated as that – another tool in a filmmaker’s tool belt.” — Cinematographer Alex Disenhof (“Fishing Without Nets.”)

“I think it just is. I’m still a huge fan of film, and will continue to choose it whenever I’m able. And although I think that digital capture will catch up eventually, I suspect it’ll be a couple more generations of cameras before you get that magic that well-shot film offers. That said, there’s not a camera out there today that can’t make beautiful images if you use your eyes and put in the work.” — Cinematographer Ben Richardson (“Happy Christmas”)

“I think it allows the world of filmmaking and cinematography to
be much more interesting. The vast choices of how you tell a story are
enhanced by the range of styles you can create from film or digital. The
best part about digital is that it has allowed shooting to be more
approachable and a further possibility for amazing moments to be
captured.” — Cinematographer Rachel Beth Anderson (“E-Team”)

“I don’t see it as a bad thing. I’m sad that I became a DP right around
the time when film was on its way out. Fortunately I was able to shoot
20+ short projects on film while studying at UCLA. This really helped me
cut my teeth, particularly with lighting. I have also shot a handful of
professional projects on the medium as well. I always suggest film, and
it is almost always shot down. I think I will make a habit of
continuing to suggest it and see what happens. It truly does make a lot
of sense for some projects, just as digital makes sense for others.” — Cinematographer Topher Osborn (“Dear White People”)

As much as I loved learning how to make movies on film and the magical
feeling of watching dailies for the first time, I have to say I would
never be in the position I am now without the availability of the
digital platform. The first two features I shot (‘Medicine for
Melancholy’ and ‘The Myth of the American Sleepover’) would never have
existed without the advances in digital cameras, so ultimately I have to
say that the shift is a good one. I also pay a lot of attention to how
the process by which projects are made effects the final film, and have
to say that especially for young filmmakers, being able to look at a
monitor and see what you have and make adjustments on set accordingly is
a huge advantage for both cinematographers and directors, especially if
you are pushing the boundaries of the medium. Waiting till too late to
see that you went too far OR didn’t go far enough can be a huge
disappointment for everyone involved.” — Cinematographer James Laxton (“Camp X-Ray”)

“We have been debating the merits of film versus digital cinema for 15
years now. It’s time to put that conversation to rest and champion both
tools.” — Cinematographer Joe Anderson (“Dig” and “The Case Against 8”)

“I am not a Luddite. We live in a world in which technology
moves very quickly. Personally, anytime I find myself presented with new
technology I experience great learning and great growth. For this
reason alone, I embrace the digital medium.” — Cinematographer Bobby Bukowski (“Infinitely Polar Bear”)

“People like to overdramatize the
whole film vs. digital thing. I learned how to edit by splicing 16mm
film together and I think that there is something perfect about learning
the craft by actually physically handling the imagery. Film is
beautiful and organic and gentle. That said, it’s also a huge pain in
the ass. There are several advantages to using film that will never
become obsolete. Unfortunately, for the film stock manufacturers, the
advantages that digital cameras have over film are now far outweighing
the benefits of the celluloid system. The only real major downside I see with digital is encapsulated in this
analogy: If you have a machine gun and you are trying to hit a target
you’ll hold that trigger down and fire a million bullets. Eventually
you’ll hit the center of the target but you’ll make Swiss cheese out
of everything around it. If you have three bullets and a revolver you are
going to take your time and really aim that gun perfectly before you
shoot one of your precious bullets. That’s film vs. digital.” — Cinematographer Jay Hunter (“Life After Beth”)