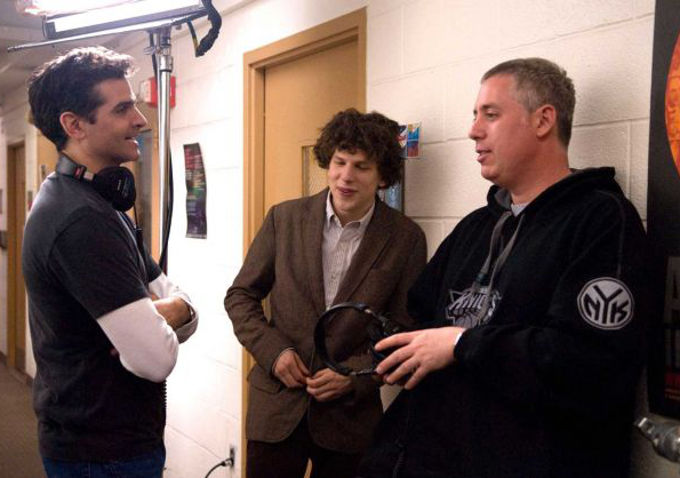 Back in September, we wrote about writer, director and producer Brian Koppelman’s six second screenwriting tips on Vine (he just posted tip #122). His #1 tip was “All screenwriting books are bullshit, all. Watch movies, read screenplays. Let them be your guide.” The statement created a bit of an outcry — especially from authors of screenwriting books and their devotees. Koppelman recently posted an extended response to the critics on his blog and has given Indiewire permission to republish it below:

A few months back, I started making Vines. I called them Six Second Screenwriting Lessons. The name meant to be ironic, of course, a statement on the absurdity of anyone teaching anyone else to write a screenplay, a way of calling out the screenwriting gurus who make money
by sharing the ‘secrets’ of the trade with anyone willing to pony up a
few (or a ton) of bucks. The way I felt then is the way I feel now: all
anyone in a creative field can do for anyone else is to be an example,
to encourage, to be honest about the challenges and rewards of
attempting the same path.

I’m glad that some of you have gotten something of value out of these
messages. To those who have gotten in touch with me to say that they
are writing again after a long hiatus or finally finishing that
screenplay, I want you to know that I’m thrilled for you. And I hope
2014 brings you even more accomplishment…

Now that 2013 has come to a a close, I want to revisit two of the most controversial Vines.

Since then, I have been asked many times, “Do you really mean all
screenwriting books? Aren’t there any of any value?” And, “Are you
including Robert McKee in those statements?”

There’s a safe way to answer those questions, and it’s an answer
I’ve given, “I haven’t read every book. There are parts of McKee’s book
that are interesting. Some screenwriters I respect, including Billy Ray
and Akiva Goldsman have told me that they’ve gotten a lot out of McKee’s
course…”

But if I am being honest, my real answer is that I fully believe what I said in the Vines.

Yes, McKee has been able to break down how the popular screenplay
has worked. He has identified key qualities that many commercially
successful screenplays share, he has codified a language that has been
adopted by creative executives in both film and television. So there
might be something of tangible value to be gained by interacting with
his material, either in book form or at one of the seminars.

But for someone who wants to be an artist, a creator, an architect of
an original vision, the best book to read on screenwriting is no book
on screenwriting. The best seminar is no seminar at all.

To me, the writer wants to get as many outside voices OUT of his/her
head as possible. Experts win by getting us to be dependent on their
view of the world. They win when they get to frame the discussion, when
they get to tell you there’s a right way and a wrong way to think about
the game, whatever the game is. Because that makes you dependent on
them. If they have the secret rules, then you need them if you want to
get ahead.

The truth is, you don’t.

If you love and want to make movies about issues of social import,
get your hands on Paddy Chayefsky’s screenplay for Network. Read it.
Then watch the movie. Then read it again.

If you love and want to make big blockbusters that also have great
artistic merit, do the same thing with Lawrence Kasdan’s Raiders Of The
Lost Ark screenplay and the movie made from it.

If you love horror movies and want to make those, read and watch those.

Think about how the screenplays made you feel. And how the movies
built from these screenplays did or didn’t hit you the same way.

This sounds basic, right? That’s because it is basic. And it’s true.
All the information you need is the movies and screenplays you love. And
in the books you’ve read and the relationships you’ve had and your
ability to use those things.

But basic does not mean easy. Or simple. It’s not enough to read and
watch. You have to really think, And try. And fail. And work harder. But
if you do, and you have a knack for it, you can get there.

If you don’t, I can assure you that it won’t be because you didn’t read Save The Cat.

Does this mean that there are no legitimate resources for someone who wants to write for a living? Absolutely not.

When I say, “Don’t listen to them if you don’t know their movies,” I’m saying it for a reason. There are people out there who are not
giving false testimony, who are, in fact, successful screenwriters,
filmmakers, novelists who aren’t full of shit. Guys like Craig Mazin and
John August, whose podcast Scriptnotes explores the screenwriting
career accurately and with honesty. Both Mazin and August are working
screenwriters, in the trenches, and have written screenplays that have
turned into movies time and time again.

I know Craig and John. Like them personally (even if Mazin is
maddeningly unbeatable in an email putdown contest, which he is). I
don’t always agree with everything they say, don’t always think about
screenwriting the way they do, but I am sure that for the aspiring
screenwriter, what they offer has tremendous value. Because they are
actually experts. They write movies for a living. Instead of giving
advice for a living.

So they have no incentive to lie; they are only in it to give back, to teach.

This is how I have always felt about William Goldman’s books. And
David Mamet’s. But if you check these out, you’ll note that none of
them offer dictates on how your screenplay must read, where it must fit
in the market, how it must be structured. They are, in other words,
written without bullshit.

And there are wonderful books on the creative process too, on getting
through creative blocks, on what it means to live the life of the
writer, books like Steven Pressfield’s War of Art and Stephen King’s On
Writing that I have read more than once. And plan to read again.

Once more, these are written by people who have DONE it, at the
highest level, and who aren’t trying to limit you in the guise of
guiding you.

So. Do I stand by the statements that all screenwriting books are
bullshit? And that screenwriting gurus are con men? Yeah. I do.

And I think you should save your money and your time and spend both on someone much more likely to impact your success.  You.