Sundance Review: Arab Spring Doc 'We Are the Giant' Is A Devastating Marvel 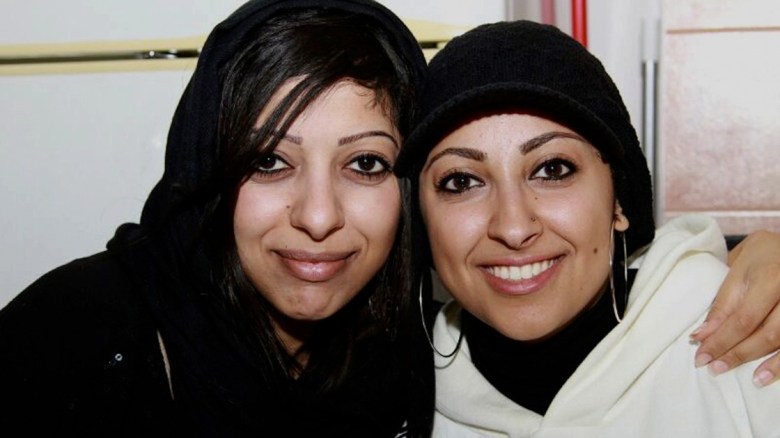 There is a moment in director Greg Barker’s documentary “We Are the Giant” when we are confronted by a young girl singing a sweet song of revolution in Arabic, while a peaceful protest against the Syrian government unfolds in the streets behind her. Her smile is wide and her voice lovely until a blast erupts no more than a yard behind her, the camera swerving as smoke billows and mangled figures lurch around in confusion. Perhaps mercifully, we never see what has become of the girl; within the same reel, there is another senseless massacre, as one man hoarsely shouts amidst a barrage of bullets, flanked by dead bodies. “It was peaceful!” he cries out, unable to understand what prompted the police to open fire.

There are many instances of that scar in Barker’s remarkable documentary, an intensely moving account of the Arab Spring that focuses on the stories of prominent revolutionaries across three different countries: There is Osama Ben-Sadik, a Libyan man and Virginia-resident whose son, American-born Muhannad, leaves behind his life in the United States to join in the fight against Muammar Gaddafi. In Syria we meet Motaz Murrad and Ghassan Yazzin, leaders of peace movements, both of them convinced that non-violent protests could inspire reform in the Assad regime. Then there are sisters Maryam and Zainab AlKhawaja, who join their human activist father Abdulhadi AlKhawaja to fight against the dictatorship of the Al Khalifa family in Bahrain by utilizing pacifist methods.

Barker (with the aid of co-producer Razan Ghalayani, who shot footage in countries the filmmaker was barred from entering) intercuts the testimony of these revolutionaries with ample footage of protestors taking to the streets, information relayed through in-the-moment tweets (an appropriate flourish for covering a movement so aided by social media). The grainy footage, much of it caught in secret, contains unflinching displays of chilling violence as each dictator’s forces attempt to squash the uprisings: bodies reduced to mannequins of ash in Libya, a missile streaking down from the sky to land on and decimating an entire neighborhood in Syria, a wounded protestor begging riot police for help only to be blown away at point-blank range by a shotgun. Some may argue that the inclusion of such footage has gratuitous overtones, but when viewed in context it registers as essential to understanding the peril that these people face on a daily basis.

Bookending each of the three segments – Libya and Syria are the first two entries, with Bahrain taking up the greater part of the documentary’s 90-minute running time – is a kaleidoscopic overview of revolutions from throughout history. Images of Tiananmen Square and the African American Civil Rights Movement glide across the screen, all punctuated by quotations from transformational figures ranging from Thomas Jefferson to Martin Luther King, Jr.  Far from overreaching, “We Are the Giant” implements the framing device organically, with the filmmakers’ idea for equating the Arab Spring with all of humanity’s great revolutions clearly born from how their subjects constantly reference those from history who inspired them to act. It turns material that could have resulted in a sporadic narrative into a profound statement that the Arab Spring is a continuation of humanity’s constant efforts to make a better, more just world.

Heartbreak permeates the film, with the saddest moment arriving when Motaz, who dreamed for decades of non-violent reformation in Syria, , admits that the revolution he helped begin has spiraled into catastrophic bloodshed with no end in sight. As he struggles to repress his anguish, the boom of shelling reverberates throughout his location’s walls. But the film isn’t unrelentingly bleak — quite the contrary, as it bursts at the seams with extraordinary feats of perseverance and selflessness. Perhaps the most remarkable arc is that of Zainab, who transforms from a young woman timid about joining the revolution for the sake of her newborn daughter to a leader who starves herself to the brink death in protest of her father’s incarceration and who refuses to run away as military forces brutalize protestors, sitting defiantly as she is beaten and berated.

“We Are the Giant” is both vital and devastating, with raw material conveyed through elegant construction. Barker asks the hard questions, issuing the frightening possibly of necessary violence when pacifism yields no results.

HOW WILL IT PLAY? Contemporary relevance coupled with a sizable emotional wallop will make this a fast acquisition for a socially conscious distributor. Word of mouth will make for a likely strong limited release with a television-VOD rollout likely the best option for broad exposure.