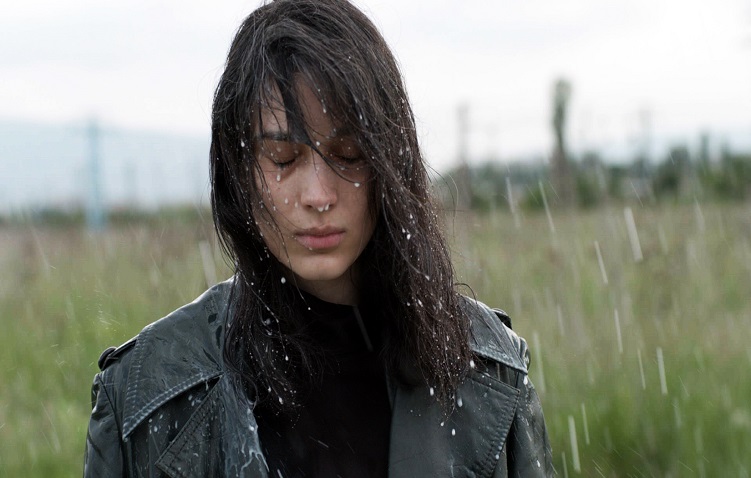 The first Bulgarian film ever to screen at Sundance, Maya Vitkova’s “Viktoria” manages to say a lot in very few words. “I think words are useless,” the director offered following the film’s premiere, “the emotion is in the image.” Unfolding against the backdrop of the fall of communism, Vitkova’s lyrical imagery elevates her semi-autobiographical debut to poetic heights. Born without an umbilical chord, baby Viktoria’s relationship with her mother (Irmena Chichikova) is severed before it even begins. Hailed as a living symbol of the communist party, the love Viktoria knows growing up is more gubernatorial than it is maternal. Acerbic and absurdist in equal measure, the film forges a powerful metaphorical link between the physical body and the body politic.

It’s November 10, 1979, ten years before the fall of communism and Boryana (Chichikova) and her husband Ivan (Dimo Divov) are quietly writhing beneath a set of drab-looking sheets so as not to wake her mother with whom they live. The next morning, Boryana embarks upon her daily ritual of consuming the contraband Coca-Cola she keeps secretly stashed in the bathroom, one of the film’s many visual cues that points to her desire to head west. After enjoying the taste of freedom and cigarettes, Boryana expressionlessly begins a series of procedures to prevent a child from forming inside of her.

But the next time we see her she’s pregnant: Vitkova actually goes inside the womb to aurally align the audience with the fetus. Filtered through the surrounding amniotic fluid, the muffled resonances of the communist rallies Boryana attends forms the soundtrack to her baby’s gestation period. At once tense and humorous, the birthing scene benefits from immaculate construction. Cross cutting between two laboring mothers in the same room, the normal delivery of the first baby, replete with crying and cutting, makes Boryana’s silent one seem all the more unusual. As the doctors hover over the bellybutton-less Viktoria in awe and confusion, a pack of well-suited comrades invade the clinically white room to celebrate “the baby of the decade.”

Unable to breast-feed her own child, Boryana’s post-partum depression only worsens as Viktoria (Daria Vitkova) grows up. But what Viktoria lacks in motherly love, she makes up for in the affections of a doting government. The party throws her lavish birthday parties and transports her to and from school everyday. She has a phone by her bedside that connects her exclusively to the party leader and is allowed free reign at school. The deft humor in the script comes through the absurdity of the situations Vitkova presents us with, utilizing and satirizing the visual rhetoric of era-appropriate political propaganda.

When the collapse of communism arrives in 1989, the entire foundation of Viktoria’s life comes crashing down with it. Leaping forward in time, the film’s third act moves away from the gag-like scenarios of the middle portion to pursue a more nuanced exploration of the mother-daughter relationship. The adolescent version of the character is played by Kalina Vitkova, whose big brown eyes communicate a great deal of pain and longing. But it’s Irmena Chichikova as Boryana who steals the screen. With deep set eyes and razor sharp cheek bones that recall Charlotte Rampling in her heyday, she’s not only striking to look at but subtly expressive. Though she puts on a stoic front, her final scene hints at the deep and invisible motivations of her character.

A mere child herself when communism fell, Vitkova has created an epic out of her own experience. Spanning thirty odd years and with a running time of 155 minutes, the film would have perhaps benefited from a bit of extra trimming. Viktoria’s childhood becomes repetitive at times and the third act denouement loses momentum. But the director’s artistry is so striking that ultimately its flaws hardly seem to matter. Harnessing natural light to great avail, Vitkova’s style is one of crisp, simple framing, surrealistic sequences, and a preference for the long take that recalls European art house cinema of yesteryear. Political and psychological, Vitkova renders this highly personal story with great pathos that showcases her truly inventive sense of humor.

HOW WILL IT PLAY? With its art house appeal, this film is well suited to travel the international festival circuit. Though it is likely to see its fair share of screen time in Europe, it stands a chance at generating enough support for a specialty release in the U.S. aided by critical support.