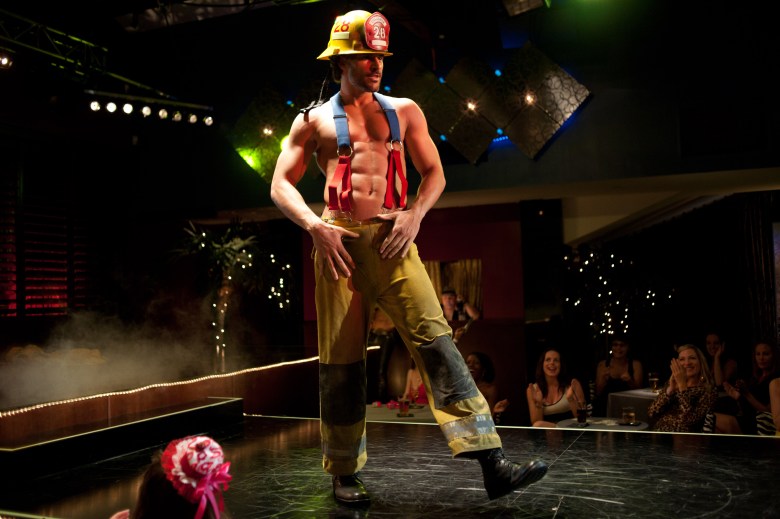 Joe Manganiello can’t quit the stripper business. Two years after turning heads in Steven Soderbergh’s surprise male stripper smash “Magic Mike,” the “True Blood” hunk is back with another film about men who disrobe to get by. No, not the highly anticipated sequel to “Magic Mike,” but “La Bare,” a documentary about the popular Dallas nightclub of the title, directed by Manganiello himself. The film world premieres at the Slamdance Film Festival over the weekend.

Indiewire caught up with the actor/filmmaker to discuss his directorial debut and his affinity for men who bare it all.

Has documentary filmmaking always been an interest of yours?

But obviously with “Magic Mike,” the thing about this project is that it seems that everybody loves “Magic Mike,” but it seems to me that they wanted to see more of the guys, they wanted to know who these guys were, and where they lived, what they did, and what they did in their free time. And I think “Magic Mike” was pressed for time and kinda scratched the surface. In doing research for the movie, I uncovered some really big stories and I heard about this club in particular, La Bare, and so I thought — well my brother and I started our project company — let’s just see what we get. So this is what we started. 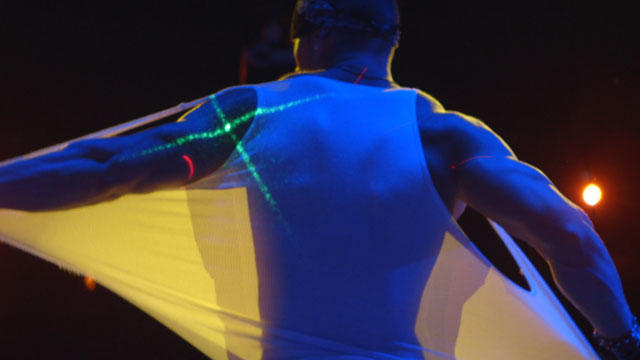 Who first turned you onto La Bare? Was it Steven Soderbergh or someone associated with “Magic Mike”?

Well, nobody involved with the movie, nobody really pushed me into research. That’s one of the things I really love about acting and filmmaking in general, I just love to research things. As it turns out coincidentally, I remember an old friend of mine mentioning once very sheepishly that he had been a male dancer in the 90’s at this crazy club in Dallas, Texas. And when it came time to shoot the movie [“Magic Mike”]  and I got the offer, I took him out to lunch and just picked his brain on every story that he could remember and it was literally the funniest stuff I’d ever heard in my life. The funniest stories, the craziest characters, and I always kept that in the back of my mind.

There’s an amount of that type of energy in the movie “Magic Mike,” I knew going into it that it’s the greatest job a guy could ever have as a young man; like who wouldn’t want this job? What guy in their right mind wouldn’t love that? So we went down with a very small crew with a little camera, and got more than we every could’ve possibly hoped for.

About that — “La Bare” is lighter in tone than “Magic Mike,” which gets darker as it goes along. Were you at all surprised by how positive everyone seemed about their profession?

Well, yes and no. It’s one thing to do a documentary about female strippers. I’d imagine it would be a bit darker. The whole lives and background of the girls would give you a different feeling, I think the girls would have a different attitude, there’s more of a sense of objectivity when it comes to women, like they have to do this thing that they normally wouldn’t want to do in order to make money to get by because it pays better than another job. I think with the guys it’s a completely different energy. They love what they do, no one’s taking advantage of them. They’re having a great time — they’re the Lost Boys, you know? In this bubble, in this Never, Never Land.

I expected the good time, what I didn’t expect was the guys to be so life-full, and for them to have such a great attitude about what they were doing

Given that you shot this following “Magic Mike”’s massive success, you no doubt must have been recognized by the patrons of La Bare. Did you ever get asked to go up on stage?

Well you know, I was very cognizant of that coming into it, and I didn’t want that because this wasn’t about me, this was about the guys. I wanted people to get a sense that they were inside of a subculture there. That they had a privileged fly-on-the-wall view of this world. So I think coming into the club, a lot of the guys were hesitant to talk to us because they didn’t know who was coming to film, they just knew there was some documentary crew and I think they were very closed off. But there was a giant 20-foot banner of “Magic Mike” in the club, and when the guys realized that they were all, “Oh you, you’re the guy on that poster? That was you? Oh that’s crazy!” And then all of a sudden everybody wanted to be in the documentary. So that really helped to grease that wheel.

But past that, I had to basically get in disguise. I wore a hat, I’d leave very quickly from the office in the backstage area, I kept myself out of any sort of general population area. I didn’t want anyone to see that I was there, I didn’t want anyone to know that I was there, I wanted my presence to be as minimal as possible, because it wasn’t about me, it was about them.

The owner though — he was great — kept trying to get me up on stage and I was like “Dude, let’s make this movie, this isn’t about me now, I’m behind the camera now, it’s about these guys. I’m a retired male dancer!”

If “Magic Mike 2” happens and you’re in it, that’s three films about male stripping on your resume. Did you ever see your career going in this direction?

This is not exactly the way I saw my career going (laughs). But nonetheless, it’s about navigating, pioneering uncharted waters. And not to say that we discovered male stripping, or we’re the ones that brought it out (obviously “Magic Mike” was a big part of that), but the fact that no one really has been given the access and compiled the storyline that we have is kind of mind-blowing.

But yeah, did I think that I would be involved in two, possibly three of these? No, absolutely not. And honestly, I’ve had about all I can take with men in thongs right now. The next one is gonna be about a female strip club, that’s all I’m gonna say.