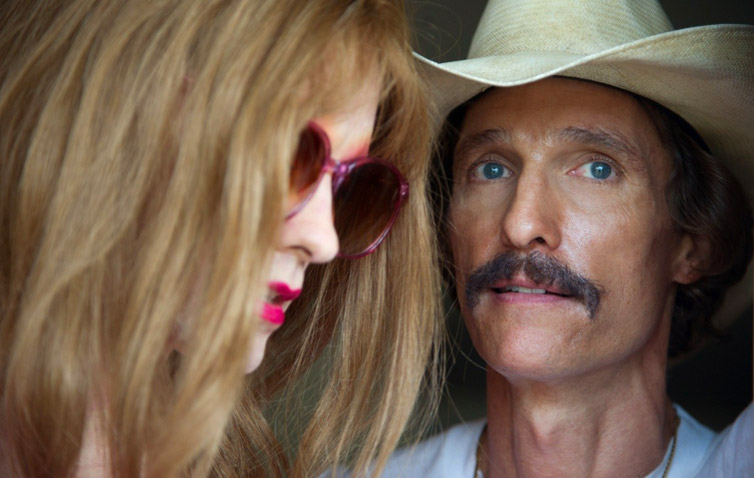 In one of truly one of the most crowded best actor races in recent
memory, Chiwetel Ejiofer,  Matthew McConaughey, Leonardo DiCaprio, Bruce
Dern and Christian Bale ending up making the cut, while Robert Redford,
Tom Hanks
Oscar Isaac, Forest Whitaker and Joaquin Phoenix — who could have made
an awesome lineup themselves — did not. And the race for
the win has been a lot less interesting than the race to get nominated:
Matthew McConaughey dominated the precursors, and seems poised to
win his first Oscar. Though Leonardo DiCaprio and Chiwetel Ejiofor both
stand outside chances at upsetting, with the former getting some
considerable last minute
heat and the latter benefiting from a BAFTA win (where McConaughey
notably was not nominated). So while that means McConaughey is probably a
little more vulnerable to an upset than some of the other frontrunners,
I’m still pretty sure he’s walking away with this.

Will win: Matthew McConaughey in “Dallas Buyers Club”
Could win: Leonardo DiCaprio in “The Wolf of Wall Street”
Should win: Chiwetel Ejiofor in “12 Years a Slave”
Shoulda been here: Oscar Isaac in “Inside Llewyn Davis”