Exclusive: Text During a Movie! Here's the First Trailer for 'APP,' a Film That Wants You to Keep Your Phone ON 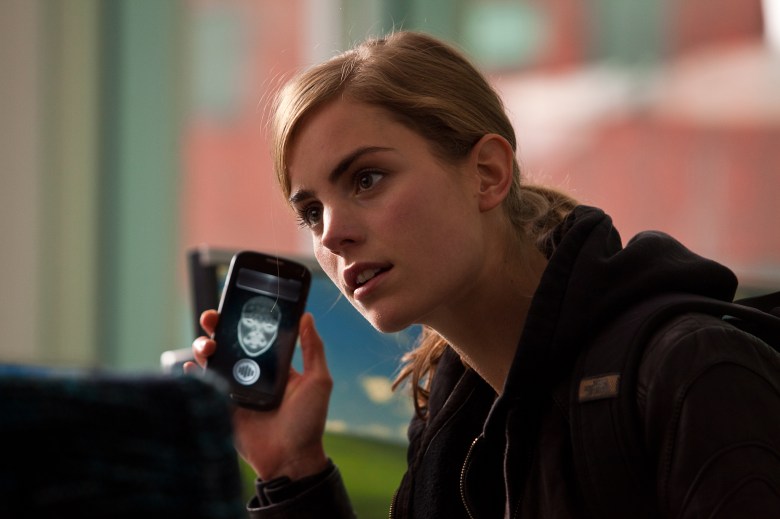 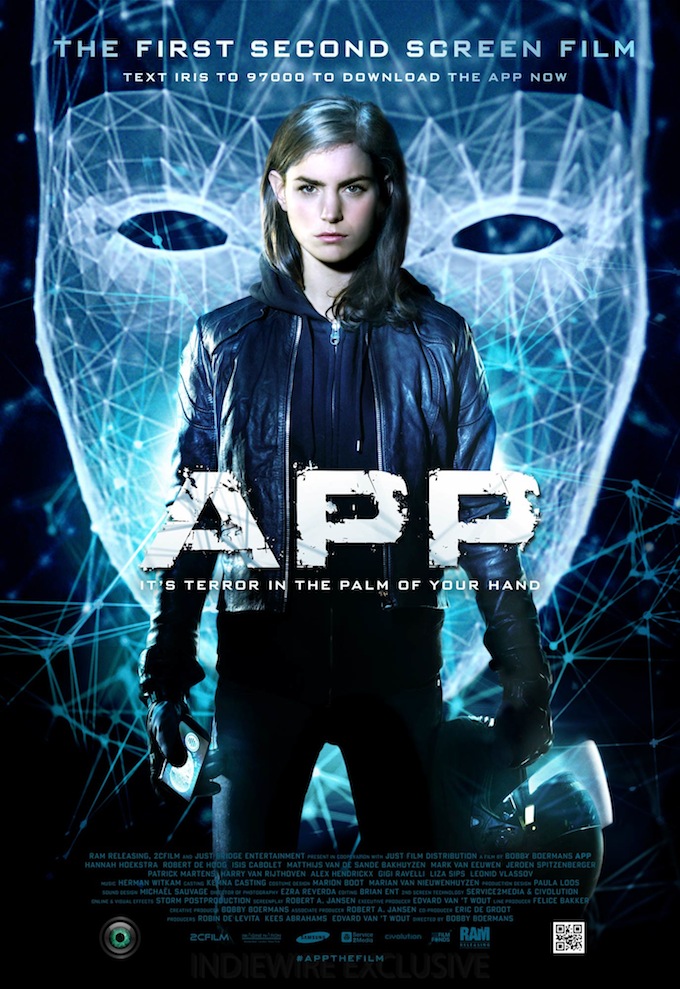 Usually moviegoers are instructed to turn off their smartphones while watching a film, but with “App,” the new Dutch thriller directed by Bobby Boermans, viewers are encouraged to keep their phones on in order to experience the second-screen content. As the first film made with the intentional inclusion of content on a second, mobile screen, “App” relies on an app, IRIS, which is equipped with sonic technology that triggers additional content during the movie. Though it’s not required for viewing the movie, using the second screen adds layers to the big-screen narrative.

The audience will be advised to leave their devices on their laps while watching the film. When there is additional content available on the second screen, their devices will vibrate.

“App,” will be the first major release from RAM Releasing, the new genre shingle under
New York-based distributor Film Movement. The film will be released day-and-date on May 9. “RAM Releasing was created to push boundaries,” VP of Distribution Rebeca Conget said. “APP challenges the bad name cellphones have gotten in movie theaters, and does it in an entirely ingenious way. Boerman’s film will have you rethinking how you watch movies.”

The film is about a young psychology student who is supporting her brother who is recovering from a traumatic motorcycle accident. After waking up after a night of partying, she finds that a mysterious app, IRIS, has appeared on her phone. At first it’s helpful, but then it starts to ask her personal questions and send inappropriate images to her contacts. Eventually, Anna’s efforts to delete the evil app put her life and the lives of her loved ones in danger.

Director Boermans said, “The notion of technology taking control of our lives is a concept that has always fascinated me. I’m a big technology addict myself…So we loosely based our scary antagonist entitled “IRIS” on the famous SIRI voice recognition system from Apple (IRIS is SIRI in reverse).”

If filmgoers take to the experience of “App,” will we see more films that experiment with second screen content?

Below is the first look at the U.S. trailer. Text IRIS to 97-000 to download the second-screen experience (we promise it’s not really evil).

This Article is related to: News and tagged App, Film/Interactive, Tech, Trailers