How '12 Years a Slave' Broke Through India's No-Nudity Clause 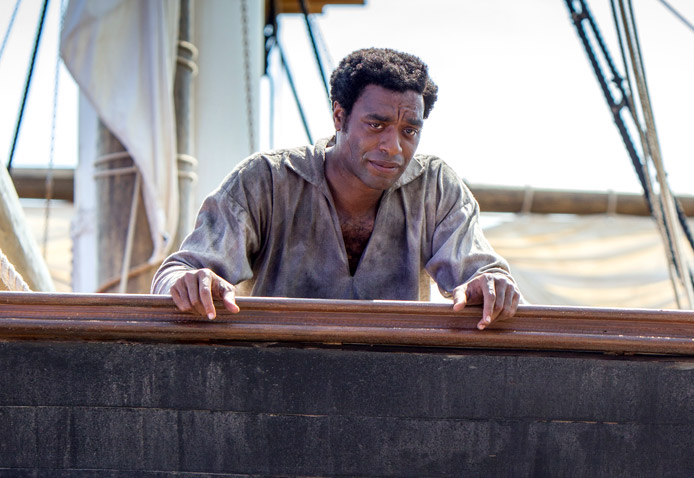 “12 Years A Slave” has racked up more than 100 awards, but it now has an honor no other title can claim: Last week, Steve McQueen’s slavery drama became the first American film in history to be cleared by the Indian censor board with nudity intact.

For the Central Board of Film Certification (CBFC), India’s censorship body, nudity has often been regarded as the deal-breaker. A notable exception to this blanket ban was “Bandit Queen,” a 1994 film directed by Shekhar Kapur (“Elizabeth”). A biopic of the Indian dacoit Phoolan Devi (“bandit queen”), the film contained a long shot of a nude female body that was allowed by the Censor Board. This decision was not received smoothly. An Indian community, the Gujjars, protested against their depiction in the film and this instance of nudity. The matter eventually reached the country’s highest legal authority, the Supreme Court, which squashed the complaint and allowed distribution of the film as is.

In India, the tolerance towards lovemaking, violence and swearing has increased considerably in recent years, but bare flesh still remains prohibited. For example, Martin Scorsese’s “The Wolf of Wall Street” had to undergo nearly seven minutes of cuts before it could be released into theaters, also with an adults-only certificate. “Dallas Buyers Club,” which opens in India on February 28, has had to cut several lovemaking scenes and still been slapped with an adults-only certificate.

In an alternate universe, “12 Years A Slave” might have had a similar fate. The CBFC’s examining committee had originally earmarked six cuts in the film. However, a revising committee was asked to step in and gave a greenlight to the film without any excisions.

“’12 Years A Slave’ was given clearance based on merit after it was felt that the scenes were necessary and that cutting them would take away from the film itself. However, this does not mean a blanket approval for nudity in adult-only films,” CBFC spokesperson Anjum Rajabali told DNA, a national daily. Rajabali was also the head of this film’s revising committee.

This explanation is puzzling, and highlights the volatility of the censor board more than it does the long-term implications of this particular progressive move. Less than a year ago, another slavery drama featuring scenes of female and male nudity in similar contexts could not escape the censor board’s scissors. The producers of Quentin Tarantino’s “Django Unchained” had to trim two scenes for the film to be released in India, again with an adults-only certificate. A scene where Broomhilda (Kerry Washington) was stripped of her clothes and thrown into a box as punishment had to be snipped, as did a scene where Django, nude, is nearly castrated.

This unpredictability is now predictable for people with any knowledge of the CBFC’s actions. Sometimes the examining committee may be seeing a film in a language they don’t understand. An independent director once told me his film was given an adults-only certificate because of a shot in which a character throws money at the camera and, as a result, the screen. At the same time, a major studio release then in theaters had a song-and-dance sequence (called an “item number”) with characters indulging in the same action. Yet, the latter film received a lighter rating. Whispered reports of bribery or exploiting influence to get lighter ratings persist.

For the time being, Indian cinephiles can bask in the glory of a censorship body that has recognized the need for art to be exhibited as intended by the artist. McQueen agrees. “As a filmmaker, I needed to see the lashes on the back,” he told DNA. “I needed to see the psychological effect afterward. If I hadn’t done that, I would have done a disservice because that evidence had to be shown. The lynching had to be depicted in the best possible manner because it happened to hundreds of thousands of people. As someone whose ancestors experienced it, I needed to do it the way I did it.”