How Many Bad Movies Does It Take to Ruin a Film Festival? This Year's Rotterdam Has the Answer 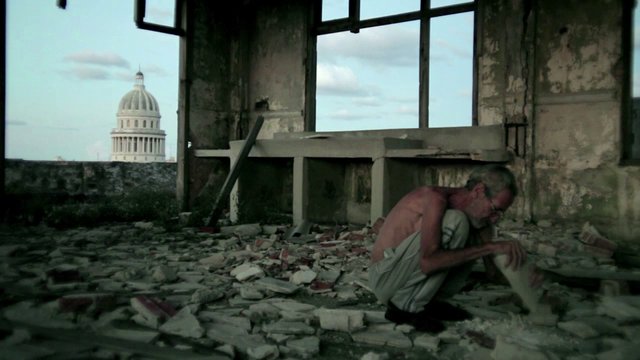 “Simply put, there are now far too many film-festivals, and most of them show far, far too many films. World cinema has been guilty of severe over-production for quite some time… outstanding movies are becoming increasingly hard to find within avalanches of mediocre fare.”

It’s exactly half a decade since I expressed these sentiments in a report on 38th International Film Festival Rotterdam (IFFR), and spooling forward to 2014’s edition — the 43rd — the avalanche is now what the Canadians call a Class 5 (“Could destroy a village or a forest of 40 hectares”).

2014 was my tenth visit to IFFR. The first was in 2003 when, literally within minutes of picking up my press badge, and with luggage straining my sweaty palms, I managed to inadvertently (but comprehensively) freak out Paul Thomas Anderson. After catching the end of a panel discussion in which PTA was taking part, I then spotted his diminutive frame ambling towards the exit and boldly intercepted — introducing myself with some prize-jackass fanboy blurt about how “Punch-Drunk Love,” which I’d seen at a UK press show the previous week, was “the best film I’ve ever seen.” Further “Curb Your Enthusiasm”-esque awkwardnesses were to follow over the next few days.

This remains the most memorable episode of my IFFR experience, albeit one I’d be quite happy to consign to oblivion. In terms of the pictures themselves, my personal zenith was 31st January 2005 when five screenings included Kim’s “3-Iron,” Rebello & Stoll’s “Whisky” and Denis’ “The Intruder.” That same renewal later yielded Benning’s “13 Lakes,” Sekiguchi Gen’s “Survive Style 5+” (now apparently forgotten, but still Vinnie Jones’ finest hour outside the 1988 FA Cup Final) plus Edgar Ulmer’s “Detour” on 35mm. The next three IFFRs also threw up their share of choice delicacies — to name just one from each year, Ying Liang’s “Taking Father Home” in 2006, Corneliu Porumboiu’s “12:08 East of Bucharest” in 2007 and Chico Teixeira’s “Alice’s House in 2008” (come back, Chico! Brazilian cinema needs you!)

“After two full ‘Wolfson renewals,” I wrote the following year, “there’s a sense that this is a vessel which is drifting along – perhaps towards dangerous waters.” 2010 also saw the nadir to 2005’s apogee, when on 4th February (“Black Thursday”) I walked out of four films in a row. I do tend to associate Rotterdam with early skedaddlings, so haphazard is the programming and so numerous are the titles that are, in the words of a German colleague this year, “utterly devoid of merit” (he was referring to Danish entry “On the Edge,” which exceeded very limited expectations). So long as notable discoveries outweigh the abandonments, however, I can charitably call any festival a success.

On that rule of thumb, though, IFFR XLIII deserves to be fingered. My seven walkouts included two Tiger contenders — Dominique Chila and Samer Najari’s unforgivably drab Arwad and Tatjana Božić’s hideously self-satisfied documentary “Happily Ever After.” And my tally of “finds” — feature-length new films I’d unhesitatingly recommend to pals — stalled at five. 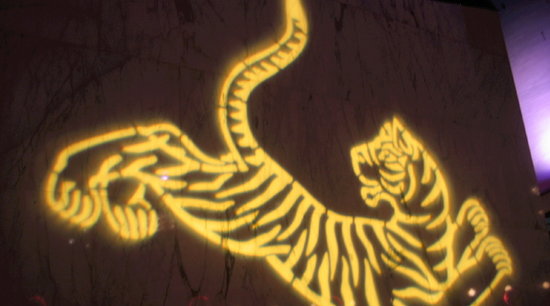 This quintet includes the trio lauded in my first Indiewire dispatch: Alexei German’s cloacally maximalistic “Hard to Be a God,” Sergio Caballero’s brusquely bonkers “The Distance” and Luis Miñarro’s crisply camp “Falling Star.” (I should parenthetically note here that I did catch two genuine new masterpieces at IFFR 2014, namely Manuel Knapp’s  “V~” and Tina Frank’s “Colterrain,” both mind-blowingly vertiginous Austrian shorts commissioned as part of the “Vertical Cinema” project in which experimental work was screened on a sideways-turned Cinemascope screen erected in the city’s Arminius church. But when and where, hapless reader, will you ever get a chance to see them?)

The other two feature-length notables are a pair of “small” documentaries so easily lost inside an overstuffed behemoth like Rotterdam — an event that must compete for world-premieres not only with another Dutch festival (early-winter’s documentary jamboree IDFA, in Amsterdam) — but also with the higher-profile international duo Sundance and Berlin.

These two non-fictions — Lisa Weber’s Steadiness (Sitzfleisch), and the Spanish/Cuban “Hotel Nueva Isla” by Irene Gutiérrez and Javier Labrador — provide a stark study in contrasts in terms of the extent to which their inevitably “artificial” status is acknowledged by the participants. “Steadiness” (the German-language title is effectively untranslatable but refers to the meaty padding of the human posterior) is in effect a glorified home-movie: twentysomething Weber is, along with her younger brother Lukas, a backseat passenger observing the interactions between her grandparents as they drive the thousands of kilometres from their Austrian home all the way up to what’s often misbilled as Europe’s most northerly point, Nordkapp (North Cape) in Arctic Norway. Weber’s presence is repeatedly and amusingly commented upon by “Hansi” and “Gertl,” and she’s even glimpsed in the mirror of a cramped elevator at one point.

Making no pretense at being any kind of fly on any kind of wall, Weber instead emphasizes the trickiness of being simultaneously a family member along for the ride and also an artist seeking to encapsulate wider truths. The intimacy of her access to her beloved but bickering grandparents, married for nearly half a century, yields increasing dividends in a film that also manages to make some sly points about the nature of car-bound tourism in prosperous 21st century western Europe.

Whereas “Steadiness” is a direct and unvarnished documentary of its own making, laying the filmmaking process bare at frequent intervals, “Hotel Nueva Isla” (excerpt below) is much more of a poetic, elusive affair, one which can be called “documentary” for the sake of convenience but which lists not only three screenwriters, but also a foley artist. Gutiérrez and Labrador proceed as if invisible, their phantom presence never once acknowledged by the people who appear before their lenses. Chief protagonist — and most studious camera-ignorer — is the taciturn Jorge de los Rios, who lives (squats?) in a severely dilapidated former hotel in Havana, Cuba, and spends his days chipping away at its fabric with the most rudimentary of tools.

It’s never quite clear whether de los Rios sees himself as agent of refurbishment or as accelerator of entropy, but his endeavor is a Sisyphean one either way: the hotel is simultaneously beyond plausible redemption but nonetheless built sufficiently strongly to withstand the vagaries of time (allegorical implications abound). Using tripod-fixed cameras, the directors find a starkly compelling aesthetic amid the squalor and decay, nodding towards Pedro Costa as they discreetly observe Jorge flintily interacting with small handful of “residents,” who spend their nights under the hotel’s roofs.

“Hotel Nueva Isla” slots so neatly into the “geronto” sub-genre of documentaries about plucky senior citizens that it comes as a shock to learn via the closing credits that Jorge wasn’t even in his sixties when he passed away last year, presumably either during the filming or very soon after. The film thus endures as a valedictory tribute to his patience and persistence, even if the directors’ scrupulously reticent approach means that we’re never able to find out the exact goal of all this patience and persistence.

In terms of the festival overall, attendees who concentrated on the retrospective elements — a full survey of Denmark’s Nils Malmros; an introduction to Germany’s Heinz Emigholz — tended to beam smug grins at those of us plugging away at newer titles. Among the latter, positive word coagulated around a handful of world premieres: Lev Kalman and Whitney Horn’s “L For Leisure,” Jordi Morato’s “The Creator of the Jungle,” Julian Radlmaier’s “A Proletarian Winter’s Tale.” But genuine “buzz” titles seemed to have buzzed off elsewhere.

Indeed, my temptation is to conclude with a broken-record echo of my 2010 summary: “Slim pickings, then, from Captain Rutger’s table. It’s a vast feast, to be sure, but one where it’s all too easy to end up with a plate full of unpalatable or inedible fare.” But Captain Rutger has, it should be noted, been away from the “bridge” for several months now. In late November, it was announced that the 44-year-old, having been diagnosed with a “treatable auto-immune disease,” would be temporarily replaced by long-serving IFFR board-member Mart Dominicus.

Dominicus, by all accounts also a very nice chap (festivals run by total bastards tend to be more enjoyable for the audience; discuss), wasn’t the most “visible” of individuals during the festival itself, and plausible sources predict that Wolfson will be back in harness in good time to oversee the 2015 edition. I wish him well, and fervently hope that he’ll return with the strength, nerve and vision to give International Film Festival Rotterdam the kick up the sitzfleisch that is now so inescapably overdue.

This Article is related to: Festivals and tagged Festivals, Hard to Be a God, International Film Festival Rotterdam, Reviews