Save The Date: Amy and Tina Back For More Golden Globes on January 11, 2015 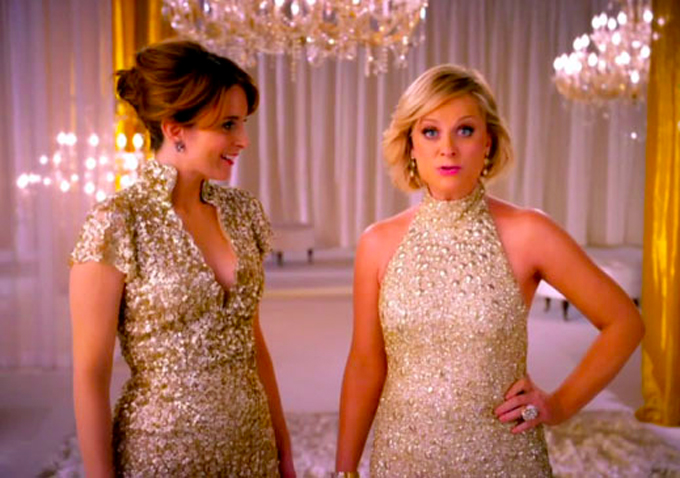 The Hollywood Foreign Press Association and Dick Clark Productions have set a date for the 72nd Annual Golden Globe Awards: Sunday, January 11, 2015. Hosted once again by everyone’s favorites Tina Fey and Amy Poehler, the ceremony will air on NBC live coast-to-coast from the Beverly Hilton in Beverly Hills, CA.

“Not only do we have the privilege of announcing the date of the 72nd Annual Golden Globe Awards, we are very appreciative of Tina and Amy for hosting the ceremony for a third year in a row,” said Theo Kingma, president of the HFPA.  “There is no doubt they will once again host a memorable Golden Globe Awards celebration!”

“We are delighted to have Tina and Amy back. They create an environment where anything can happen in a room full of the world’s biggest stars,” said Allen Shapiro, Executive Producer of the Golden Globe Awards and CEO of dick clark productions.

No wonder everyone’s so excited. This year’s Golden Globes nabbed 20.9 million viewers overall, growing versus the prior year by 2% in 18-49 rating and 6% in total viewers.  It was the top-rated “Golden Globes” in adults 18-49 since 2007 and equaled a 10-year high in that key demographic.