Too Insane To Ignore: Marjane Satrapi On Her Fascinating Sundance Horror-Comedy 'The Voices' 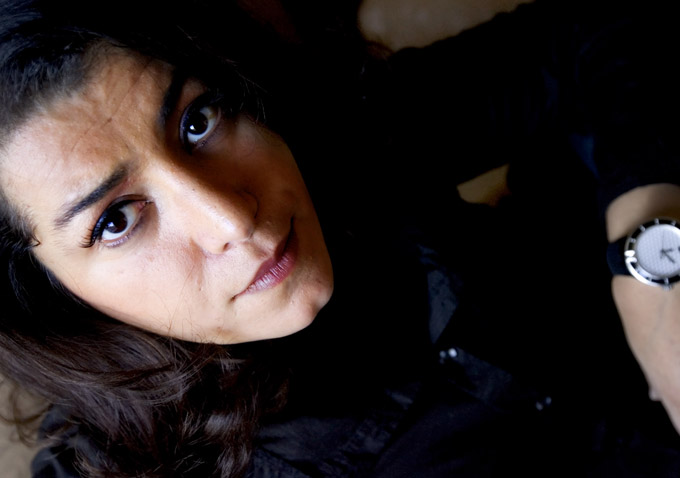 Naturally charming and sporting a fantastically dry sense of humor, Iranian-born French filmmaker Marjane Satrapi seems to have the perfect set of sensitivities and artistic vision to make a film like “The Voices”. Starring Ryan Reynolds in one of the best performances he has ever delivered, the film, which recently premiered to great notices at the Sundance Film Festival, is a gory horror comedy about a deranged man whose cat encourages him to pursue evil endeavors, despite his dog’s verbalized disapproval.

The Academy Award-nominated director of “Persepolis” reaches new heights with this stylized, brutal, and sometimes adorable examination of mental illness. While not for the easily disturbed, “The Voices” is a delightfully rare treat that will be enjoyed by those who can appreciate, and stomach, its calibrated tonal shifts and unique craftsmanship.

Since your two previous films (“Persepolis,” “Chicken with Plums”) were adapted from your graphic novels you had a more personal connection to the material, how difficult was it to develop a film that someone else wrote? 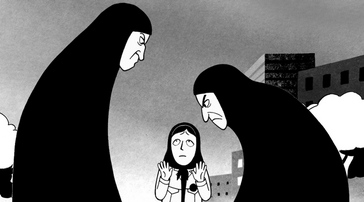 This is a really good question. Basically I never thought I would make someone else’s story because I have my own universe and my stories. Once in a while they’d send a script, most of them make me feel that since I’m a woman I have to be interested in the stories that concern women – like handbags [Laughs]. But suddenly came this script [“The Voice”]] and as I was reading it I found it very bizarre and funny, and at the same time I thought to myself “This is by far the best description of Schizophrenia that I’ve ever read.” I know schizophrenic people, I’ve known two of them, and of course they hear things that you don’t hear, they see the things that you don’t see, they have visions. I felt so much for the story, I read it at night and I was like “Oh my God, this story is so f-cked up” and in the morning I woke up and I was “That is so f-ucked up that I have to make it.” So it started like that.

Then you read the story and you have to cut the script, you have to rewrite some things, the writer was really nice so we had a real collaboration. But in the script it is not written how things look like you only have the story, so then you have to imagine it, and I embrace it completely. When I want to make a movie I lock myself in the bathroom because there are two mirrors, and I act out the whole movie like 7 or 8 times. For me it is a question of knowing the rhythm of the movie to feel it, but I look like a psycho doing this, thank God nobody but me sees this. You do that many times and the story becomes yours, there is no other way to do it. I put all of my heart, my brain, my sensitivity even if the story is not mine, because from the moment that I embrace it and imagine it, it becomes mine.

This is your first English-language film, and it is very Americanized in a sense, how difficult was this transition?

The biggest transition is that in Europe the director has the final cut, there is no discussion that is the law. We have the final cut; it belongs to us, which I think is a very good thing because I don’t know who, besides the director, can know what decision to take. But in Europe, since the directors have the final cut, they don’t discuss it with others, and discussing ideas is good. There has to be a system in between because sometimes you are so much in your project that you need someone from the outside to look at it and tell you if there is something wrong. It was a bit difficult because I had to speak to everyone all the time, and explain everything, and justify things that I know should be a certain way. After one month of explanations they are like “You are right” and I’m like “I know that!” 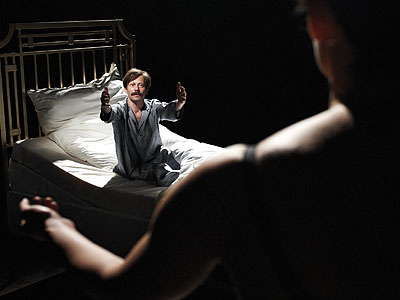 This is difficult, but at the same time when you are making an English-language movie you have a much larger audience, it is much more international, this is a fact since English is an international language. It was a great experience after all.

Given that you were born in Iran and have lived most of your life in France, you are considered a foreign filmmaker making an American film. How has American cinema influenced your career?

I was lucky to grow up with a father that was a real cinephile. He would take me to see a film like “The Deer Hunter,” and then I would go and see a Bergman movie. When he remembered that I was a child, and that the “The Deer Hunter” wasn’t really for children [Laughs] he would take me to see an animated movie like a Disney one. So I saw lots of films like John Ford’s films or Houston’s film. I grew up with American but also with European and other kinds of films.

I’ll tell you something; nobody will believe it, but the movie “Seven Samurai” by Kurosawa, I have seen it more than 300 times. At one point my parents had on video, and everyday I came back from school, and every single day I’d watch it and it is 3 hours and 30 minutes. My mom would ask “You are not bored of this film?” but each time I would notice a new thing and I was like “No!” I have an obsessive relationship with some movies that I can watch them over, and over again. I like them so much that I just can’t stop. 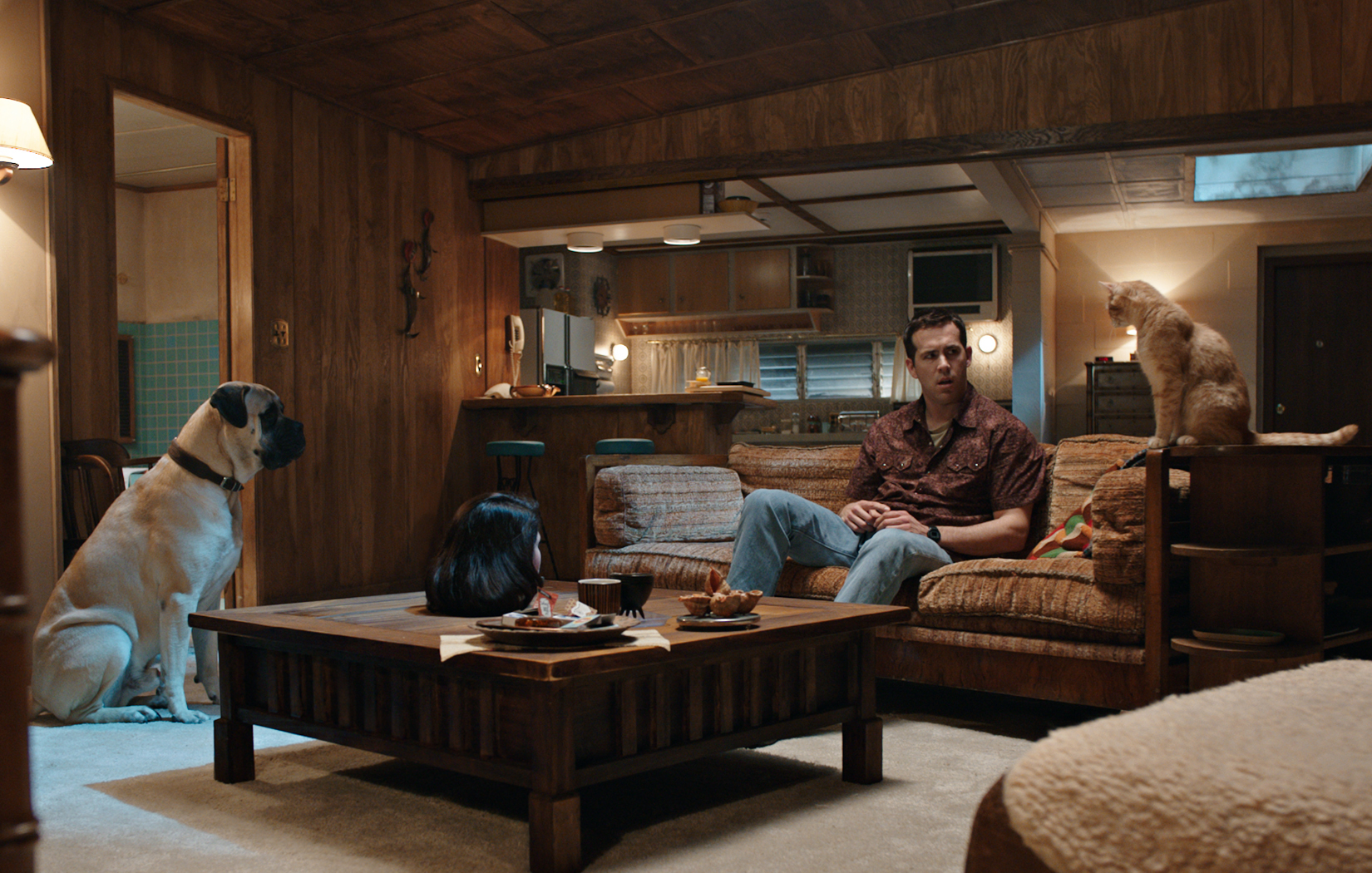 “The Voices” is a tonally complex film. How did you balance the horror, the gore, and the humor to create something that felt right to you, and that you felt would connect with audiences?

That’s a question of equilibrium. I know, for example, that I hate when I see something penetrating into the flesh, it really upsets me, and it takes me out of the film. Here, I never show what he is cutting; you never see the blade going in. I think that a human being’s imagination is much worse than the reality. It’s like Freddy Krueger, they show him so much that at the end of the film you are “F-ck Freddy Krueger” [Laughs]. If they never showed Freddy you would be much more scared of him than if you see him 55 times. He becomes like a puppet. “F-ck you Freddy Krueger, go sleep in your own room!”

Was Ryan Reynolds attached to the film from the beginning? Or was this a joined decision between you and the producers?

I came on board and then they called me saying, “Ryan Reynolds is very interested in the project, he really wants to do it” I didn’t know Ryan Reynolds at the time. I had watched “The Proposal” which is a romantic comedy, and I’m not too much into those, but then I saw movies with him like “Buried” and you realize that the guy is a very good actor, but he is too handsome and all that. So I went to New York to meet him. I was like “If he is late by one minute I’m going to give him a hard time!” but then he is not late, he was actually 10 minutes early, and I’m also always ten minutes early.

The second I saw him and we start talking about the film and the character, I knew he was the right one He really has this face that is so innocent, so boyish, so nice, but there is something in his dark eyes, and his smile, which is really freaky, so he was really the guy who could be crazy and at the same time the second he smiles you forget he is crazy. That was very important for the film because how can you make a film in which you have compassion for the killers? Normally you hate the serial killer, here we like the serial killer until the end, despite what he has in his fridge, and we still like him. That was the biggest challenge and Ryan was the right person. If we had an actor that one could think there is evil in him it wouldn’t work, we had to have an actor that is pure innocence but in reality he is f-cking sick!

After this experience would you like to continue making films in the U.S. or do you plan to return to France and make your next film there?

I really don’t know. I just finished this film the Sunday before the festival. We finished, we made the DCP, and we came here. I had to come with the DCP myself. Now, I think I will rest a little bit, life is full of surprises and I’m not somebody who plans anything in my life. I’m just here, and I wait. Maybe I will have a script that I want t write myself, or maybe a great story will come again and I will say, “I can’t not do this.”

At the same time, there is something good about working on somebody else’s script because you have more distance to the story, while reading it you know what doesn’t work. If you wrote it you think everything works, in your mind everything creates a logic that works. But if it is not yours you can see what doesn’t work right away, and the writer can’t see that.

When I’m editing I need someone else’s point of view. I edit in four times. Edit, then I don’t see the film for two weeks, and then edit again. Every time you see something for a long time you are convinced that it works, then you get some distance and you look at it again and you realize “This is not working” I’m not a fan of very long movies. Today most movies are long and I think, “F-cking cut!” Some films like “There Will Be Blood”, of course it should be more than two hours, the story requires that, but there so may films that make me feel like saying “Come on, go on!”