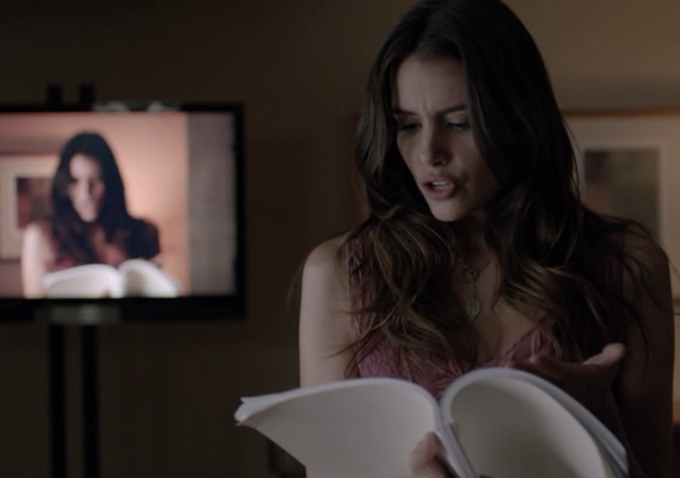 Amazon unveiled its second round of pilots to the public today, among them its first two drama projects — “The After,” from “X-Files” creator Chris Carter, and “Bosch,” based on Michael Connelly’s best-selling detective novel series. As with the first round of Amazon originals, the pilots have been put online for free on Amazon in the U.S. and LoveFilm in the U.K. in what the company has pitched as its populist, tech-driven answer to pilot season —  data and feedback from users is collected in order to decide which projects get ordered to series.

Amazon’s first round of pilots in April 2013 yielded two series orders — Garry Trudeau’s D.C. comedy “Alpha House” and start-up sitcom “Betas.” The first three episodes of each were made streamable for free, with the remaining eight only available to Amazon Prime members. In addition to the Carter and Connelly dramas, this second round of pilots includes a backstage-at-the-symphony comedy from Roman Coppola and Jason Schwartzman and projects starring Jeffrey Tambor and Natalie Zea. Here are the descriptions — click on the titles to watch the pilots.

Based on Michael Connelly’s best-selling Harry Bosch series and written by Eric Overmyer and Michael Connelly, drama pilot Bosch follows a relentless LAPD homicide detective as he pursues the killer of a 13-year-old boy while standing trial in federal court on accusations that he murdered a suspected serial killer in cold blood. Bosch is played by Titus Welliver (Argo, The Good Wife) and stars Annie Wersching, Amy Price-Francis and Jamie Hector. Henrik Bastin of Fabrik Entertainment (The Killing) produced and Jim McKay directed the pilot.

Written and directed by Emmy-nominee Chris Carter (The X-Files) executive produced by Marc Rosen of Georgeville Television and produced by Gabe Rotter, The After follows eight strangers who are thrown together by mysterious forces and must help each other survive in a violent world that defies explanation. Aldis Hodge, Andrew Howard, Arielle Kebbel,Jamie Kennedy, Sharon Lawrence, Jaina Lee Ortiz, Adrian Pasdar, and Louise Monot star in the pilot.

Mozart in the Jungle

Dramatic comedy, Mozart in the Jungle was written by Oscar-nominated writer and director Roman Coppola (Moonrise Kingdom, The Darjeeling Limited), actor and musician Jason Schwartzman (Saving Mr. Banks, Moonrise Kingdom, Scott Pilgrim vs. the World), and Tony-nominated writer and director Alex Timbers (Peter and the Starcatcher). The project is based on the memoir Mozart in the Jungle by Blair Tindall. Mozart in the Jungle is all about sex, drugs—and classical music—and shows that what happens behind the curtains at the symphony can be just as captivating as what happens on stage. Paul Weitz (About a Boy, Admission) directed the pilot and executive produced. Gael Garcia Bernal, Saffron Burrows, Lola Kirke, Malcom McDowell, Bernadette Peters and Peter Vack star.

Written and directed by Emmy-nominee and 2013 Sundance Best Director winner Jill Soloway (Afternoon Delight, Six Feet Under and United States of Tara), Transparent is a darkly comedic story about an LA family with serious boundary issues. In this exploration of sex, memory, gender and legacy, the past and future unravel when a dramatic admission causes everyone’s secrets to spill out. Jeffrey Tambor, Judith Light, Gaby Hoffmann, Amy Landecker and Jay Duplass star in the pilot.

Written by Jeremy Garelick and Jon Weinbach, sports comedy The Rebels follows Julie Levine (Natalie Zea) after her husband suddenly dies and leaves her as the sole owner of a pro-football team. The Rebels creative team also includes executive producer, Matt Alvarez (Ride Along), musician and actor Ice Cube and Michael Strahan, former football player for the New York Giants and host of Live with Kelly and Michael.